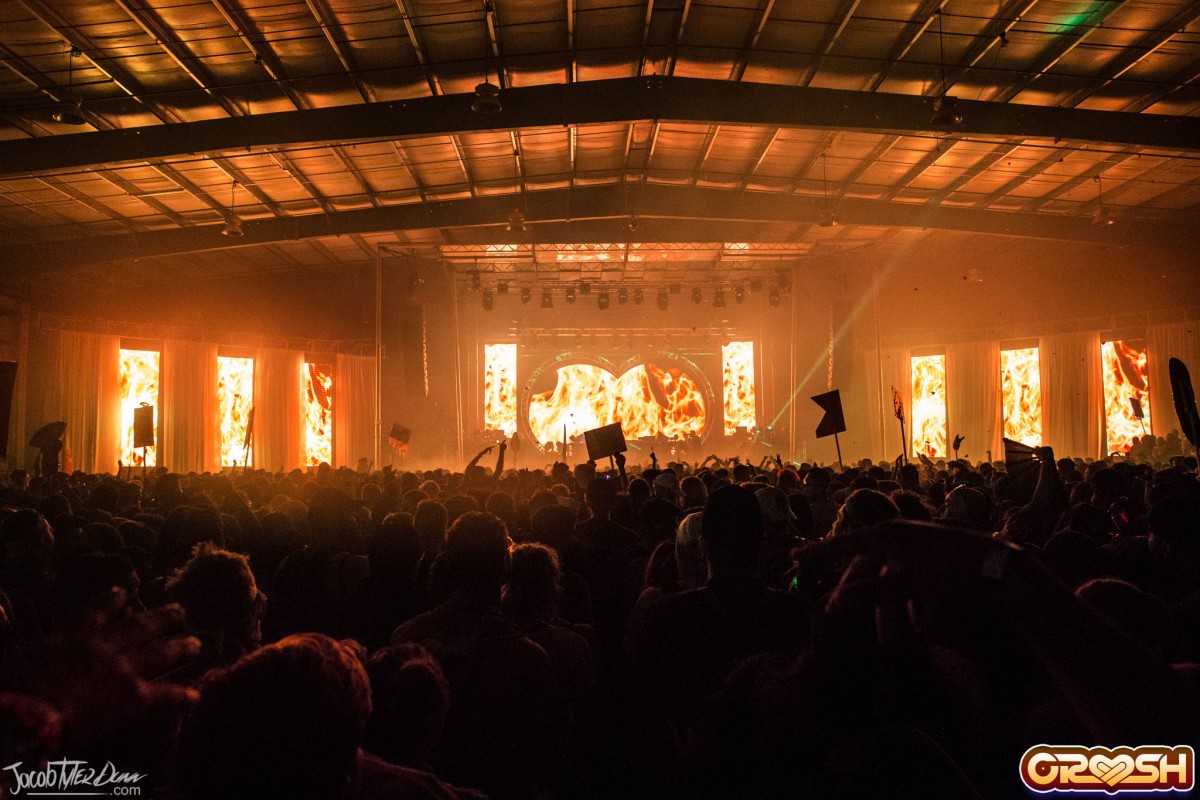 Insomniac and Relentless Beats hit it out of the park this year for the Phoenix edition of Crush, Insomniac’s yearly Valentine’s Day event. Kaskade, Carnage, Getter, Crankdat and others brought the heat to the Rawhide Western Event Center. As far as logistics go the night was a breeze. There was ample parking, easy access for rideshares, and security was a cinch getting through. The large hangar (barn?) that the show took place in actually evoked some of the feeling of a warehouse rave (albeit, much more well lit).

Although love and Valentine’s Day were the themes other than a tree with a large heart on top of it, you would be hard pressed to find anything to remind you of Valentine’s Day at the festival. The stage did have a large heart shaped frame, but it wasn’t a dominating feature, and the artists visuals definitely provided much more of a backdrop. Arizona clearly loves bass music, because Getter drew a huge crowd with his bruising mix of dubstep.

Carnage took the stage after Getter in typical Carnage fashion, giving an f-you to the crowd and any haters in his way. Apparently there was a fan petition prior to the show to get Carnage off the bill. To that I say, if you don’t like the man’s music, go outside, take a break, grab a drink and some food, hit the restroom, and come back for Kaskade. No one is forcing you to listen to music that you don’t want to. That being said, I thought Carnage was awesome. He played a great mix of trap, hardstyle, and a lot of psy-trance as well. I thoroughly enjoyed his new collab with Steve Aoki “PLUR Genocide” that he dropped.

Not to be outdone Kaskade closed the night with an epic set of classic tracks and progressive house. From “Disarm You,” “I Remember,” “Angel on my Shoulder,” “Last Chance,” “Atmosphere,” to “Move for Me.” Even at a smaller, one-off show, Kaskade showed why he is a legend in the dance music scene and still to this day, a can’t miss performer.

Check out the official Crush Arizona 2018 After-Movie below.