Q&A: What Do the Eatbrain League Have in Store for Hospitality in the Dock?

The unexpected joy of neurofunk and hard drum and bass will be coming to Hospitality in the Dock on March 30 for the second year in a row in the form of a megaset by the Eatbrain League. Described by Eatbrain label head Jade, the League is a rotating lineup of producer/performers and at least one MC which puts on a high-energy, back-to-back live show of at least four headliners. It’s a hard-hitting, intensive neurofunk baptism by fire at any festival, but at a Hospitality event it’s sure to wake festivalgoers up.

As it’s the second year the Eatbrain League have had a set at Hospitality in the Dock, it may not be such a surprise that they’re back this year but for those who still think Hospitality events are mostly liquid and jump up, that assumption ends here. The lineup is getting more and more inclusive, and the Eatbrain League are definitely seen as a welcome addition to all involved.

This year the Eatbrain League set will include Jade B2B L 33 B2B Telekinesis. Your EDM sat down with EB label head Jade to find out a little more about how the Eatbrain League works and how they came to perform with Hospitality. We also got to speak to L 33 and Coppa about what they plan to bring to Hospitality, and to all three about what kind of fire each of them will be bringing to drum and bass later this year.

For those who aren’t aware of the Eatbrain league yet, how did it come together and what was the motivation behind putting together this core lineup?

Jade: This is an alternative version of our events, the Eatbrain Nights, or Stages. While the Night is a whole event, sending several heavyweights to battle, the League is one set. However this is something more than a simple set. It’s at least three DJs and a vocalist back-to-back-to-back-to-back. I love playing these sets as it’s highly unpredictable. We don’t prepare a track list, we react to each other’s and the crowd’s vibe – nothing is fixed beforehand. It’s always a blast!

How did you come to work with Hospitality in creating the Eatbrain League Set at Hospitality?

Jade: For us it wasn’t complicated. They decided to invite us, and we are most happy and proud to oblige!

What were some important things that you wanted to represent with Eatbrain being part of this Hospitality festival?

Jade: We aren’t going to approach the situation differently than usual – for me it’s 100% pure fun to play. As Serial Killaz once said to me, playing is fun, travelling is the job! I don’t think about what I need to represent, I will just go with the flow and play what pops into my mind. My sets can be very different depending on how the crowd reacts, so we’ll have to get there to be able to answer this question. Although you can certainly expect some heavyweight fresh out of the oven stompers.

L 33: Representing the sound I enjoy is always my purpose and also bringing some different kind of vibes to keep the diversity going on.

Coppa: As the MC, I see my job as very much a facilitator of vibes and to keep the people involved and bring an extra dimension to the show with my vocals. I´m very familiar & comfortable with the Eatbrain and neurofunk / techy side of drum and bass in a live setting, so I know how to let it roll and flow with the set. It’s actually a lot of fun, especially with the B2B2B element. It’s never boring!

Any surprises you can give hints to for fans?

Jade: At this moment we have nine EP’s lined up on the Eatbrain labels: Teddy Killerz, Synergy, my own album, Agressor Bunx, Mob Tactics – just to name a few – to be released upon the world. I’m pretty sure there will be many surprises! You will never hear the same set from me twice.

L 33: Some new exciting material for sure. It seems like 2018 will be a busy one again! I might be starting another album soon…oops! (Laughs)

Coppa: Just that we can we really bring the fire and flames alongside best of them! Neurofunk is seen sometimes as a more European sound, but there’s a healthy fanbase for it and Eatbrain on the island, so it’s great to represent for them and to show those who aren’t so familiar with the sound how we do and what it’s all about. Just bringing your dancing shoes and plenty of liquid. You’re gonna need it. 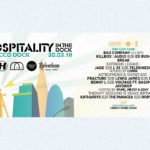 Will the Eatbrain league be touring more in future festivals in 2018? Any plans to tour the US with the league?

Jade: We have BoomTown, NASS, Beatz4Love, DOUR, Trident locked to mention a few. We hope to return to Let It Roll as well, more info on that soon! The USA tour is also locked for late October to early November, with most dates already taken. Even before that Canada is next in April!

L 33: For myself I had some plans last year but unexpected things happened. So fingers crossed, maybe really soon I might be on the other side of the ocean bringing some heavyweight sounds.

Coppa: Yeah (like Jade said) there’s already quite a few big festival dates booked this year across Europe and a couple in UK. It’s gonna be a hot summer! Stateside for myself, we will see. It’s always in the cards!

You have the huge Divergence LP coming out which features everyone in the Eatbrain League as well as many more, but are there any plans to release something soon with the EB League only?

Jade: Glad you like the album, I’m incredibly proud of it! The League is not a fixed group. It’s a collaborative effort of at least four label heads, possibly more. But even heading up the Eatbrain label doesn’t guarantee a spot for myself. I don’t play all league sets. The lineup depends on many things: first of all the promoter’s interest, then availability, release schedule etc. Thus there never will be an Eatbrain League release. This project is only for shows.

L 33: When it comes to Eatbrain, it seems like things coming up on the never stops. I’ve also got some exciting new collabs that I can’t wait to reveal. I recently did a track with Limewax for PRSPCT for his EP and its coming out really soon! Was great fun working on this one!

Coppa: Well I just released my own album “Poetry in Motion” on AudioPorn Records which has gone down really well. Also definitely got some more heat lined up for Eatbrain later in the year and a single coming on Liquicity in Spring also, amongst other things. Keeping it nice a varied with the output.

What are you most excited about for the Eatbrain League set at Hospitality?

Jade: That’s an easy one! Last year I wasn’t part of the League at Hospitality at the Docks so I’m extremely excited to do it this year. I have never been at this event, or the Park, but I have heard amazing things. Time to see it for myself. I’m hyped!

L 33: The UK is pretty different when it comes to vibes and scene compared to central Europe. It’s always exciting to play there because it’s really something else. It feels like a bit of undiscovered territory sometimes, so yeah it’s always a great fun playing in the UK!

Coppa: Bringing that Eatbrain flavor and swagger back to UK again. I did Hospitality in the Dock with the EB League last year for the first time. It was my first experience of Hospitality events and I was very impressed, they really do truly awesome job. It’s always great representing for Eatbrain around the map and it’s always something quite special doing so in England. For me it’s a 100% home game so I´m always bubbling extra hot. Hope sweet home!

The Eatbrain League’s massive set will be on The Carpark at Hospitality in the Dock this Friday, March 30. Check the Event website for details and full lineup, and check out the Eatbrain, L 33 and Coppa Soundclouds for current and new releases and podcasts.