After an exciting and tense battle yesterday, Ninja and Marshmello came out victorious at the Fortnite Pro-Am tournament streamed live from E3. With $3 million on the line, the duo survived until the very end in a nail-biting finish.

As a team, Ninja and Marshmello will split $1 million between them to donate to the charity of each of their choice. Ninja donated his half to the Alzheimer’s Association; we’re still not sure where Marshmello’s half will go.

The remaining $2 million will be split among the other 49 duos who competed, which included other dance music notables like Arty, Drezo, and Dillon Francis.

Watch the final moments of the finale match below, and see the final breakdown of the top 10 teams. 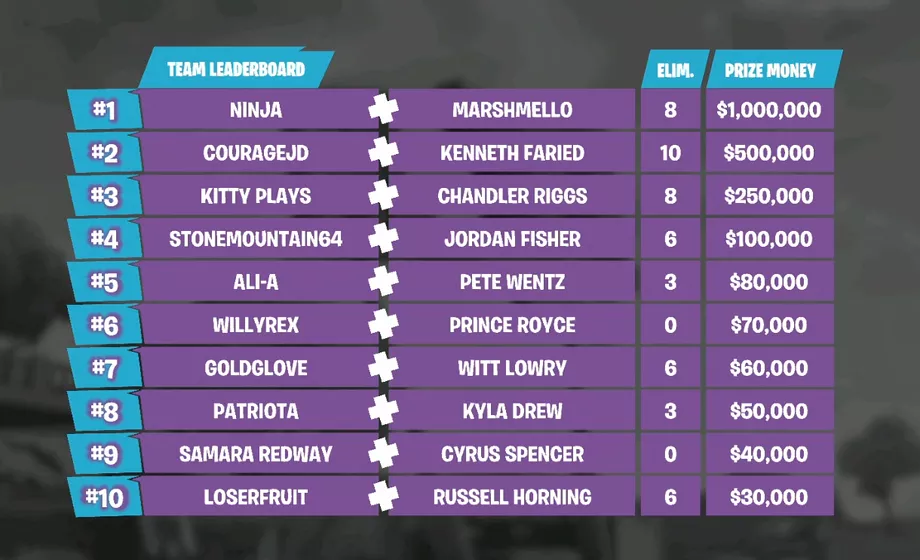 Music Festival Chernobyling Returns To Chernobyl For Its Second Year