Your EDM Interview: IN:DEEP Gets Even Deeper as It Celebrates Its 100th Track and Label Boss Phlage Muses on What’s Next

If you haven’t heard of IN:DEEP Music yet as a DnB fan, get a-listenin’. Per its name, IN:DEEP mostly procures deep, heavy, largely ambient drum and bass. It’s chill and definitely a different format than DnB has seen in a while. With their latest EP X, IN:DEEP just hit their 100th track so it’s definitely time for the DnB community to take notice.

Many bass fans may not remember this, but there was a time when deep, intelligent DnB was a thing. Techstep begat neuro, jump up begat pop DnB and jungle said “screw you guys, I’m going home” for the last decade or so only to emerge from the deep underground again recently, and now we are where we are. Deep intelligent drum and bass did a similar dip to jungle, but like jungle it’s been around in the undertow, recently showing up in halftime and UK soundsystem and even dubstep. Darkstep has recently made a resurgence, and deep intelligent stuff can’t be far behind.

IN:DEEP will definitely be part of the very chill-sounding deep DnB revolution, but that wasn’t really the impetus for founder Georg or Phlage, as he’s known when DJing, when he started the label. He wanted to give producers a looser format on which to release their tracks, both musically and on the business end. He has an equitable profit-sharing format and flexible signing contracts, and he wants to keep it that way. IN:DEEP for Phlage is more about where this music came from: deep in the underground. Looks like it’s time IN:DEEP emerged from its recesses and brought its heavy yet beautiful namesake sound to the forefront of DnB once again. In the meantime, Your EDM sat down with Phlage to talk about the label, his thoughts about this newly rediscovered subgenre and where IN:DEEP is going now that it’s surfaced. Unsurprisingly, the discussion got pretty deep.

For fans in the U.S. who may just be getting to know IN:DEEP, can you talk about how the label was founded?

The name derived from me already being so deep into the game as O was already DJing for over a decade, had been producing for about five years with a sort of meh outcome (laughs) and was doing my own mix shows, small occasional events. So though I’m already “in too deep” to not go further and for me naturally that step was a label which I thought I could pull off with my network at that time. A few artists from Vienna were just coming up and I got to know a few others from Austria and abroad and the whole thing just kind of fell into place. I planned it for about 2 years and refined the brand and then finally on my birthday in 2014 I officially founded the label and had it registered and everything. It has now evolved into a collective of about 40-50 artists from about 20 different countries.

What’s your mission as a label?

I’ve always heard a lot of bad stories about certain labels ripping artists off, or just kind of mooching off their success. Mostly the consensus that I got from the stories that my friends and associates told me was that a lot of labels aren’t really paying their artists mostly or are often not sharing profits properly with them. That kind of threw me off as a fan and as an artist. So what I want to do is to further my artists by getting them fair shares and payments for their work, which is often 40 hours plus per tune, and provide a platform for them to release without stress or too strict limitations. I like being a bit diverse. The label name did fit so well as well because the main focus is on exploring and bringing forth the deeper, sometimes darker spectrum of drum and bass. I also like some liquid or experimental tunes. One of my personal cornerstones is that I will try to keep giving back to the fans via free tunes and so far we have had a free release for every two official ones. 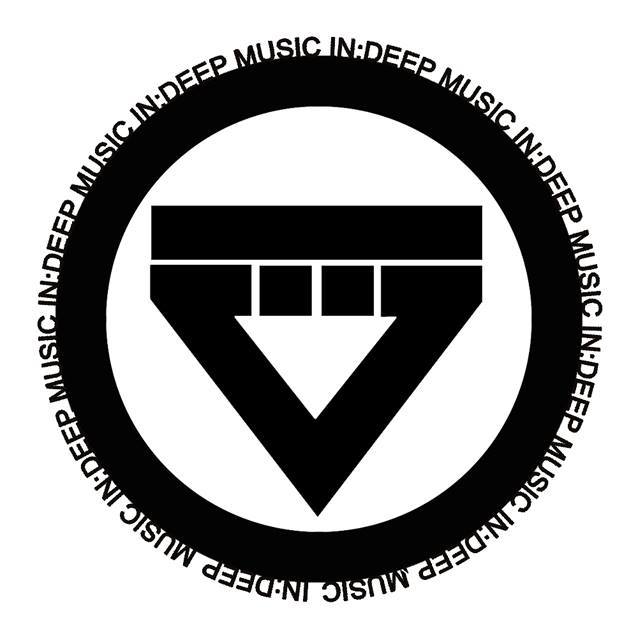 How does the X project further what you see as your mission for IN:DEEP?

The X kind of represented what this EP is about. It’s very “X-perimental,” so to speak. I wanted to try to put especially those five tunes together because they kind of represent a current movement in the scene where it’s not necessary to stay within the usual boundaries of your everyday drum and bass.

How did you choose the artists and tracks to go on this compilation?

These tunes have all been brewing under the hood for about a year and in the process they found each other and I realized that all of them were pretty much one-time collabs and also went very well together. Some were artists that already have had previous releases on IN:DEEP and that are collabs was the only thing that they had submitted and saw fit for the label, while others were fresh roster additions who I had been in contact with for a bit.

What do you like about each of the artists on this compilation and how do they fit in to your vision for the label?

I think I can only attest for the main initiators of the collabs, who I know a bit better personally. For “Soothsayer” it was Phentix who sent the tune in. He’s been a long term friend of mine, and an artist I personally admire a lot. He always does cutting-edge production and this is why I wanted him on the roster. This tune is a perfect example of him just having fun with drum and bass and pushing boundaries together with Fluke, whom I haven’t been aware of before. I want Phentix to keep this up, at least on the side.

With “Outfit” it was Attempt who got in contact with me as a recommendation from Jef from MethLab. We do exchange music and contacts a lot and so he referred Attempt to me. It took about five or six different versions and the track kept getting better and more refined and I got to witness his progress, which was very interesting to me. In the end it turned into a solid track which I think is the most experimental tune on the compilation. It has an exceptional atmosphere to it.

M:Pathy had previously released with IN:DEEP and so he sent in “Crawler” a while back, but that one really stuck in my mind. At the time it was in progress and I do like to give my artists the necessary time for their tunes so it grew over a year or two (and it was ready in time for “X”).

With Kit Curse I had been in contact since I started producing myself. He represents a full grown experimentalist in my opinion. I knew he’d fit perfectly on this and we tried a few collab partners until he went with MISO and that amounted to “Martyr.” This one had the most positive feedback so far.

Lastly Creatures has been the most elusive artist for my label since a few attempts at releases failed due to project loss, life circumstances et cetera, and I’m very happy to finally have a release. The one that stuck out from the recent demos was the “Half Life” because it was a Jestah collab and it was right at the time as I was compiling the EP so it naturally got in there.

I think all of the artists are already embodying the vision of IN:DEEP Music by exploding onto the scene out of seemingly nowhere and being very successful with their musical output. I’m just kind of their side-label now but I am happy with that.

Were you going for a specific sound on the X project, or was it really just to celebrate this awesome milestone for your label?

I think the overall concept was “unusual” and “experimental.” I have been planning it for a while now so the 100th tune milestone wasn’t really on my mind when putting it together. I only realized that we were already at 100 tunes when I was submitting the release to my distro. It was just a bonus achievement and a funny coincidence, since Mainframe Recordings from Vienna had their actual 100th release a day before my chosen release date. Pure coincidence but a very nice one!

In general, IN:DEEP’s releases obviously all have a really deep, heavy sound and feeling, but it seems like in terms of genre and beat structure you’re pretty open. What are the general guiding principles in terms of what you’re looking for when producers send you tracks outside of this compilation EP?

I’m looking for the stuff that they don’t know where to put out. The odd stuff that doesn’t really fit the commercial demand and which is often disregarded as rogue projects. I know in a split second if it fits or not. It has to trigger something inside of me regardless of the production values or skill of the producer. I want to try new and also different things and see where that takes us. It just has to be drum and bass in its main outlining.

Based on what’s been said about the X project and its containing your 100th track release it sounds as though there’s been a lot of work put in to getting to this point. How do you feel now that you’ve gotten here and what’s next for IN:DEEP?

The last four years since the label kickoff have been so full of genuine contact with like-minded people and it has taught me so much about myself, my expectations and where I really want to go with this. It’s a lot of work since the whole label is practically a one man show except for Bowsar who’s a long-time associate of mine and does the mastering for IN:DEEP. I do everything from A&R to graphics to web design, distro, socials et cetera. I feel blessed to receive all the support that the label gets and I want to spread the music out there some more, since our reach is steadily growing and the music is received very well.

Next up we have a few new artists and as we are going into our fifth year next year I guess we will be having a few celebrations then. Right now I am working on a homepage update, which will involve a little IN:DEEP game, hint hint, and a series of very cool limited USB drives to celebrate the 100 tunes properly. Anyone who’s interested can keep up with us about those via Facebook.

The X compilation release is out now on IN:DEEP. It can be streamed on Soundcloud or purchased on Beatport. Click here to learn more about other news from the label.

Plan Out Your Electric Forest 2018 Schedule For Both Weekends Here

Plan Out Your Electric Forest 2018 Schedule For Both Weekends Here