Pseudoscience is a new label started in 2017 by Hybris, and he made it clear at the time that he wasn’t in any hurry to release other artists. Indeed, the first two EPs on Pseudoscience were pretty Hybris heavy, not that anyone was complaining. When Pseudoscience did finally release its first non-Hybris EP however, it was a pretty big surprise.

With Hybris’s clout in the DnB scene and scores of famous contacts, he easily could have had his pick in terms of EP signings. The choice of MVRK, a relatively new producer with releases on Proximity, Avantgarde and Vandal, was a surprise until the Dots EP dropped on June 6. Dots is a technically clean, multi-layered venture with theatrical, ambient flourishes and lots of mind-bending syncopation switch-ups.

Hybris himself explained further, “I only want to release music that I feel absolutely confident about, and I’m a picky bastard. But upon first listen to Voyage on my phone speaker I told MVRK to lock it down, and the rest of the EP soon followed. MVRK is an exceptional talent from Budapest, who perfectly represents the Pseudoscience sound, and I’m extremely proud to present his debut EP on the label.” Fair enough.

In the wake of Dots and the buzz that’s now following MVRK, Your EDM wanted to find out how this Hungarian producer comes up with his tracks, how he feels about working with Pseudoscience  and what he plans to do next. It turns out MVRK has a rock background, and some of that layering in tracks like “Voyage” is about bringing in as many other influences as he can, among other things. MVRK is an experimenter and a musician together, so that explains why while his sound design is tight, the tracks on Dots and presumably in the future always have a musicality to them that are likely why Hybris picked up this young talent. Check out his thoughts on drum and bass, Pseudoscience and the “Voyage” MVRK took to get here.

For fans in the US who may not know much about you yet, can you tell us how you got into producing bass music?

Well I was always interested in music. I’ve played guitar for like five years and I really wanted to form a band back then. It wasn’t really successful but then I realized that I can make everything by myself in a DAW, so that’s how I got into producing. I started with making hip-hop beats and then I switched to writing bass music.

What about bass music attracted you to making those types of beats?

I tried writing a lot of different types of bass music before drum and bass. I think the turning point was when I first heard tunes by Mefjus and Noisia, Those (sounds) were something I’ve never heard before and they really gave me a push to pursue this sound.

They’re definitely very influential. So how did you end up hooking up with Pseudoscience?

The first tune that I finished from the EP was Voyage and I showed it to Markus (Wingz) who’s a good mate of mine. He suggested sending it to Hybris. He really liked it and asked me if I’m interested in making an EP for Pseudoscience, and the other tracks soon followed.

So it happened quite quickly?

Actually I’ve been writing these tunes for a while but yes the finishing stage happened quite quickly. Knowing Hybris’s interest in the tunes was enough motivation to make them as good as I could at that point.

Was it different working with Pseudoscience versus Proximity? Was there any kind of sound difference that you wanted to create that you thought would fit this label more or was it just about making it really good?

It’s not really about the sound difference (between labels). I see that my sound is changing as I try different techniques, make different sounds, get inspired by different things. In the studio my only goal is to have fun though and I always just do what keeps me entertained, so it’s a really natural progression. Being the first signing on Pseudoscience is a great honor and I think it helped me to become a better producer. It’s been an amazing experience so far. 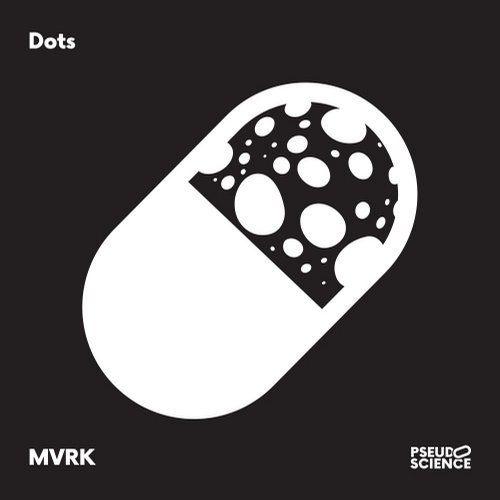 The experimentation definitely comes through on the EP since there are so many different sounds. How was it combining all the different beat structures on tracks like “Energizer” and “Voyage?”

With “Energizer” I tried this triplet-ish beat structure, which I hear in quite a few drum and bass tunes. A lot of it can sound really samey and boring, so I tried to switch it up a bit. It’s always fun to play it out. “Voyage” is 100% about sound design. I had some productive sound design sessions back then and I started to fiddle around with my sounds. Actually the whole idea for the song was in my head, I just had to write the tune. I made all the sounds from it myself except the vocals and some minor effects, so it was fun to write.

The triplet beat structure in “Energizer” was quite jazzy. Do you find other genres working their way into your tracks often, especially since you started out in rock?

Well I can’t really say I have a background in rock but I kind of collect these influences and try to shape them to fit my sound. In Energizer that jazzy guitar-ish fill sound is actually three of my old FM8 basses layered in top of each other. When I’m not in the studio I try to listen to as diverse music as possible. I see this as a good way to progress musically.

Speaking of your process, do you feel you usually have a plan in your head for a certain track or sound beforehand like with “Voyage,” or is it more often playing around in the studio until you find a sound you like?

It’s usually the second. My go-to process is to make a decent eight bar loop or just make a cool sound and then build the tune around that. It usually takes tons of days EQing, compressing and just trying to find the way and the method to achieve a particular sound. Once in a while you have those days when you sit down with a clear idea of a tune and it kind of writes itself, like with “Voyage.”

And that was the one Hybris signed you on. Sounds like it was a pretty good idea then. So do you have any more releases coming up soon?

Yes, right now I’m working an EP with Dub Personal, on another single with someone, I can’t discuss that on yet. I also have some new own projects, so 2018 is gonna be an exciting one.

Any tours or festies coming up?

Yeah, in the summer I’m gonna play regularly in Hungary and just got some abroad gigs confirmed.

Dots by MVRK is out now on Pseudoscience. It can be streamed on Soundcloud or Spotify and purchased on Beatport.

HEREN Drops New Single “Stranger (Get To Know Me)”