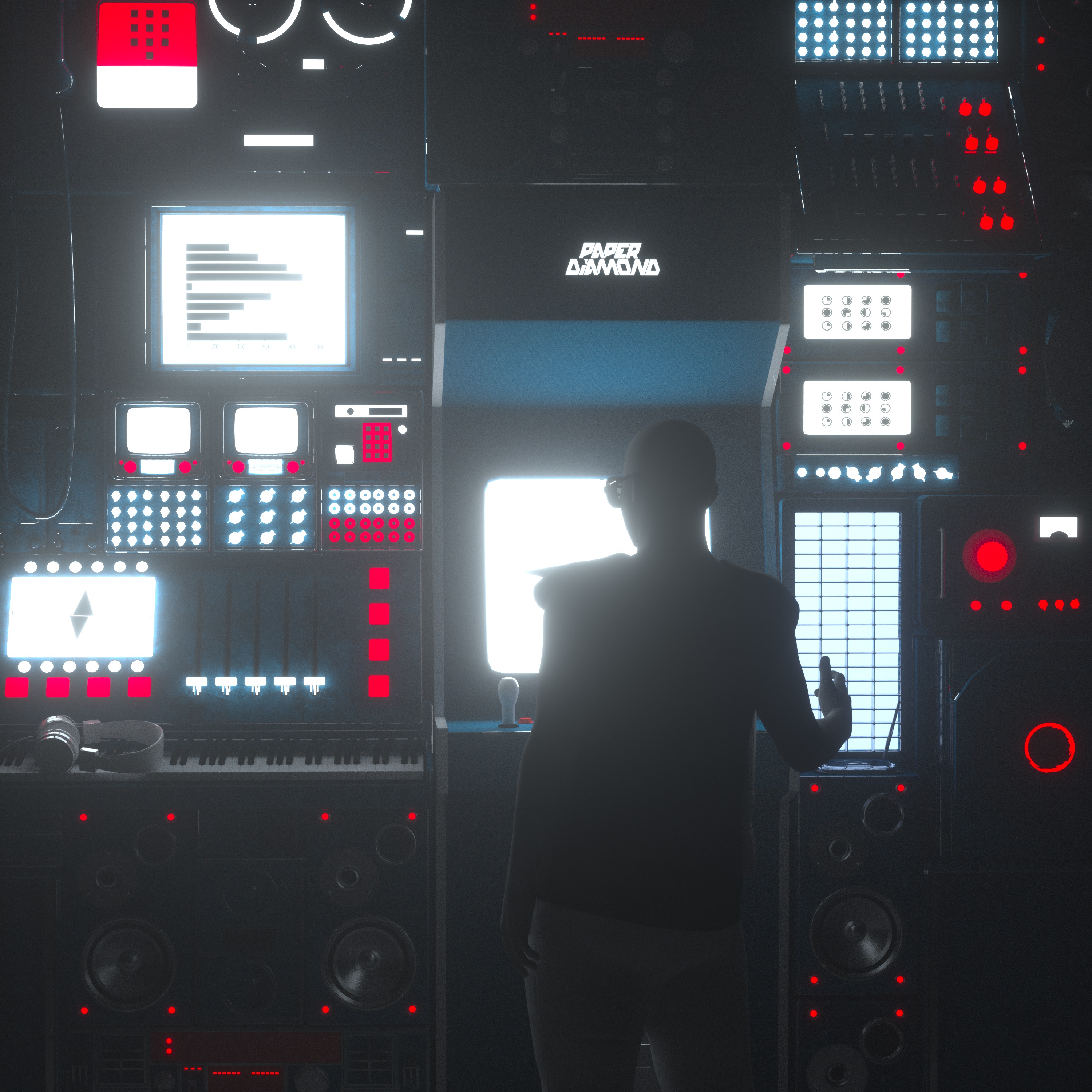 Five years since the release of his last album, LA’s Paper Diamond returns with Holograms on Fool’s Gold.

Back in 2013, Paper Diamond was near the top of the bass world, but after an extended hiatus, that world has changed a lot. Coming back in 2018 with renewed purpose and vision, Paper Diamond isn’t trying to reclaim the throne he once occupied. Rather, he’s letting his artistry do the talking and just putting out what he believes in.

Holograms presents 11 new songs from the California-via-Colorado beat champion, like the single “Work 9000,” as well as “Downfalls” feat Polina, “Bass Real Big” feat Ms. Williams, and our favorite “Wear Me Out.”

Paper Diamond says of the release:

“Making the new music has been been a very immersive process. After playing shows on the road for a few years, I thought it would be important to get back to the root of where it began––focusing on the music itself, making it a daily practice to create something new. I believe that frequency can help breed creativity and doing something every single day will give you more opportunities to make something amazing. It also takes away the pressure of ALWAYS creating something amazing on the spot, so you can focus more on being yourself.

The new music is a good representation of me drowning out the outside world and making what comes naturally. I didn’t limit myself to one style, genre, bpm, or idea and focused more on musical spontaneity. Naturally, by the time things are finished they have a cohesive Paper Diamond feeling to them, but they always start from unknown inspiration.”

Listen to Holograms below.