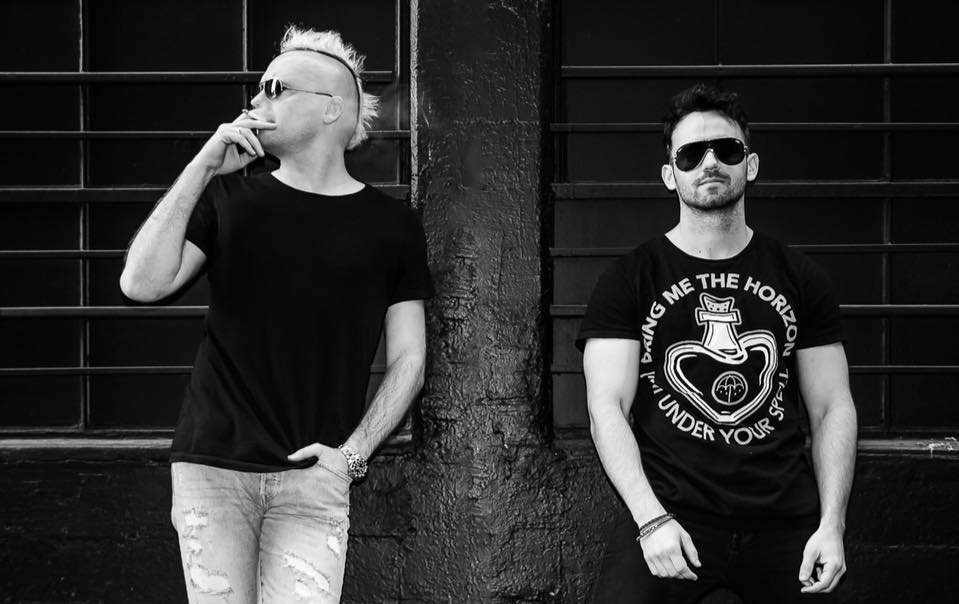 Your EDM Interview: Sevenn Talk On Their Brotherly Bangers

Sevenn might sound like just a number to some, but they’re actually a brother-and-brother electronic duo, changing the game in more ways than you can even count!

Their catalog of bold dance tunes keep dance floors burning up across the globe. It’s difficult to go anywhere — and why would you even want to?! — without hearing Sevenn’s widely popular collaborative hits with Tiësto and Alok. By the way, “Boom” recently enlisted in the star power of Gucci Mane to thrust the track to an entirely new level. Meanwhile, the lyrics from “BYOB” remains a signature catch phrase at any function.

Everybody’s going to the party have real good time — don’t even act like you haven’t heard that.

Now, Sevenn is hitting us with another supercharged track perfect for any occasion, whether it’s the afterparty, a hot nightclub or any music festival’s main stage. “Hello Moto” plays on the familiar Motorola jingle, as Sevenn flip the throwback vibe into a straight up heater. If it has staying power anything like their other singles, we’ll be hearing this one played out for the foreseeable future!

We were able to chat with these guys just before the release of this killer new single, and these multifaceted artists have a lot going on at the moment. Check out “Hello Moto” and catch up with Sevenn below.

“Boom” has completely blown up since its release. When you first completed the track and listened back, did you anticipate the song becoming a worldwide hit?

We actually had no idea! After working on it with Tijs (Tiësto) we knew we had made something special but never that it would be as big as it is. Quite the feeling hearing it played at every major festival!

Did you ever imagine in your wildest dreams you’d someday have Gucci Mane featured on one of your tracks? What’s that feel like?

Also such a shocker, we feel so honored to have someone as epic as Gucci Mane on the track, he managed to take something good and make it perfect.

What’s it like working with Tiësto and other collaborators you really vibe with?

Tiësto’s vision is so unique, it’s like he can see into the future and guess what dance floors all over the world are gonna want to thrive to. We’ve always had the best connection with Alok, he’s such a fun guy to produce with, not to mention Yves V the “philosopher” such contagious energy.

“BYOB” had a similar kind of impact as “Boom” did. Let’s hear about these VIPs you recently unleashed…

We always keep a healthy slew of secret VIPs to keep our sets surprising and almost shocking. Every track we’ve ever made we have at least 2 different versions, sometimes even a trap and hardstyle version (bangers alert!)

Being that your brothers, what’s that dynamic like when you get into the studio together?

Believe it or not we are rarely in the studio together, mostly because we’re so different and have such unusual styles of producing. We prefer to be in our separate corners first, then get together (with cheap pizza and beer) and exchange ideas, fight about mixing techniques and nerdy, useless time wasters like why to use or not use 8 compressors at the same time lol.

Which instruments do you guys play and who is better at playing them? And who would you say is stronger vocally? It’s ok to fight it out on this one…

We both sing, play guitar, bass, piano and drums. While I [Kevin] was in progressive broadway-like metal bands Sean was Dj-ing at hardcore raves, so it’s fair to say I’m a better musician and he’s a way better Dj. It is hard to say who sings better tho, I sound like a eunuch while Sean sounds like Chris Martin, it then becomes a question of taste.

We have some huge collabs in the works, not to mention we are hitting about 13 countries and every continent in the world! (for the second time this year). We also recently released a mashup pack with over 50 mashups for free and it got downloaded about 10,000 times, so we’ll be releasing a similar pack every two months.

There’s obviously a lot more where this came from! Stay tuned for even more from Sevenn coming soon!