HARD Events was founded by Gary Richards, aka Destructo, in 2007, with the very first Hard Summer Music Festival held on July 19, 2008 in Downtown Los Angeles at the Shrine Exposition Hall. Since then, the brand has grown exponentially, often switching venues, and now under complete control of Insomniac Events.

In 2012, HARD debuted a new festival for Halloween called Day Of The Dead, which featured Justice (Live), Knife Party, and Major Lazer among more on its debut lineup. The festival was moved to the Pomona Fairplex following the LA State Historic park in 2014.

Now, teasers on HARD’s social pages paint a return of the festival, possibly by the name “Dia de los Muertos,” which, of course, translates to “Day of the Dead.”

Images of cut outs of past events, attendees, lineups and more spell out “DIA DE LOS MUERTOS” in bold lettering, with many references to Day of the Dead scattered throughout. 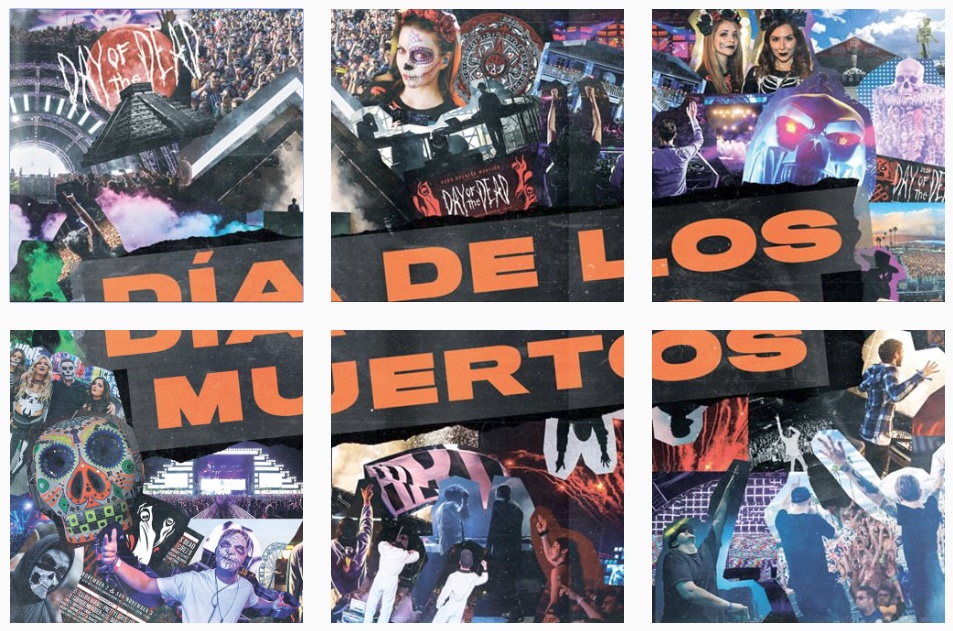 It must be noted that Insomniac, which now owns and operates HARD, already runs a Halloween festival in southern California, Escape: Psycho Circus. If they are bringing back HARD for Halloween, it will be interesting to see how the lineup will be affected by its own, other event. Additionally, EDM fans in California would have to choose between the two festivals, thereby possibly reducing ticket sales for each.

We’re still awaiting an official announcement from Insomniac regarding the images.

Whipped Cream Goes In with Shambhala 3 AM Mini-Mix [LISTEN]

Whipped Cream Goes In with Shambhala 3 AM Mini-Mix [LISTEN]