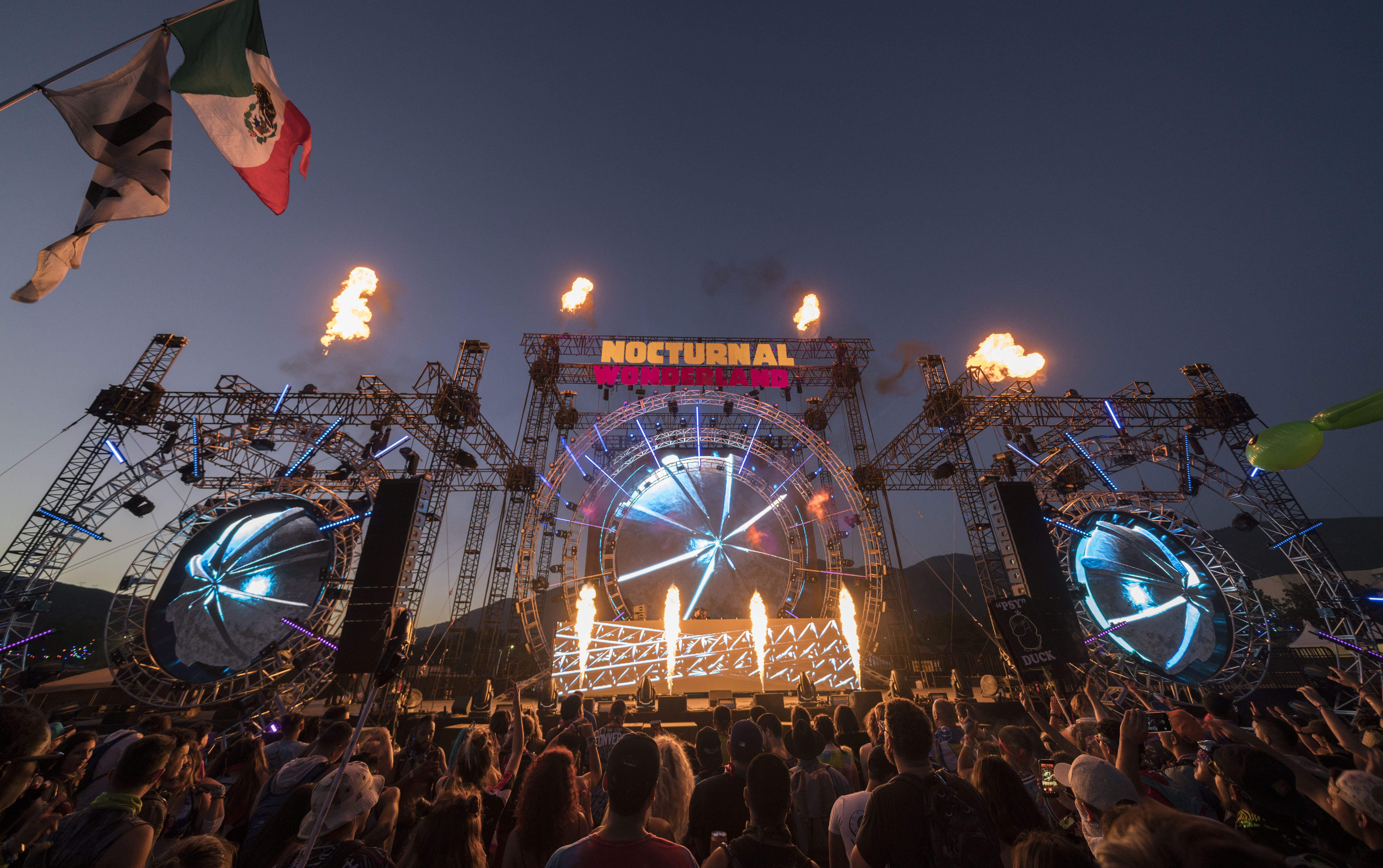 Nocturnal Wonderland, North America’s longest running dance music festival, returned to Southern California earlier this month for its 23rd edition. Over 65,000 headliners descended upon Glen Helen Regional Park in San Bernardino over the course of the two-day event and Insomniac put on another outstanding festival.

Not only is Nocturnal a beloved festival because of its heritage and camping tradition, it’s also a great festival because it’s a much lower key affair than other mega festivals such as EDC or HARD Summer. Veteran ravers love it because they’ve been there before and it still makes you feel like you’re raving in the early-2000s, it’s also a great festival for first timers too because of its smaller scale and overall easy accessibility. As summer winds down and the cooler fall air creeps in, being at Nocturnal in the evening feels refreshing after the grueling heat of the summer festival season.

Despite there being only three stages at the event (four if you include the art car), there was still a ton of music packed into the schedule. The Wolves’ Den (main stage) got a new look for this year’s festival, instead of columns like last year, this year’s stage featured three circles of LED panels. The largest circle in the center, flanked by two smaller circles on each side. Lasers fired off strategic parts of the stage and pyro columns added another amazing element to the stage design.

There was no shortage of amazing performances over the weekend. Bijou, Slumberjack, ARMNHMR, Habstrakt, 4B and Jai Wolf all dropped impressive sets on night one. The lighting of the stage allowed you to see the DJs from seemingly miles away. Night two was even more stacked and there was truly something for everybody. Dark progressive from Blackgummy, house vibes from AC Slater, progressive house bliss from Audien, and unrelenting bounce from Deorro.

Not to be outdone, the second stage, Labyrinth, also featured a completely redone look. In years past, the Labyrinth stage has functioned as the live stage, however, Nocturnal did not feature live acts this year. On night one Bassrush took over the stage, and the old school dubstep and drum & bass vibes were heavy with legendary acts such as Netsky, Liquid Stranger and Flux Pavilion.

NGHTMRE & Slander took over night two to bring Gud Vibrations to Nocturnal. A slew of upcoming bass acts like Riot Ten and Wavedash performed as well as Kill the Noise. For Bassrush night, the stage resembled a UFO, with cylindrical LED panels cascading down from the ceiling of the stage. Anyone who’s a Gud Vibrations fan recognized that the cylindrical light panels would become the Atom stage on Night 2.

Hell, even Sunken Garden, the house/techno stage, was pretty amazing, and I never even go to the house/techno stage. Dark, ominous trees crept up from behind a wooden fence, as a massive lighthouse towered over the stage. For what it’s worth, it reminded me off the stage in Donkey Kong where you’re walking around in the forest in the dark and the mist with a lantern. The Insomniac performers were all over the festival grounds, the black-light art installations were really well done, and the food trucks were unbelievable. The weather was perfect and the setting was gorgeous, I truly felt rejuvenated after another great year at Nocturnal Wonderland. Insomniac founder Pasquale Rotella‘s quote on the first page of the festival guide pretty much sums up the feeling.

“Over the years, Nocturnal has grown and moved around to new places, but SoCal will always be home. New DJs make their sonic contributions to a long and storied history of selectors, and the OGs welcome the next generation of ravers into the mix. Everyone is family.”