Much of what Skrillex does in the studio comes out in controlled bursts, via random Instagram stories or third party rumors. However, we’ve just gotten a megadose of possible collaborators thanks to a bio from Perfect Sound Studios in Los Angeles.

According to Perfect Sound, Skrillex spent over a month in the studio working with From First To Last. Whether he was just helping out with production or lending more of his own vocals remains a mystery.

The studio also revealed that guests like Sean Mendez (We think they mean Shawn Mendes?), Frank Dukes, and Ty Dolla $ign dropped in! Again, the extent to which they worked together is unclear.

Regardless, it’s clear that Skrillex has been keeping busy, so we should have a bunch of new music to look forward to in 2019! Fingers crossed it’s on his long-anticipated followup album to his debut Recess in 2014. 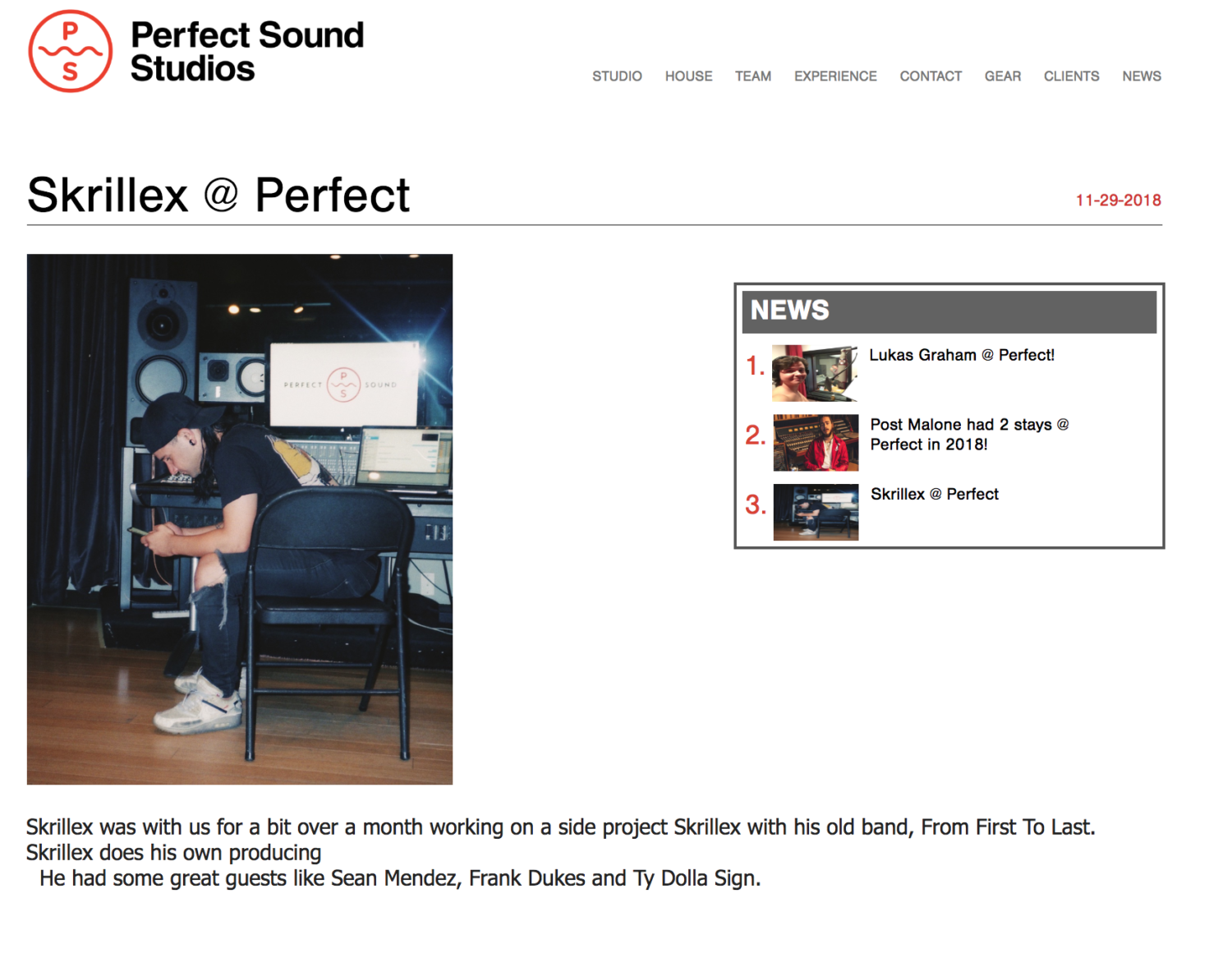