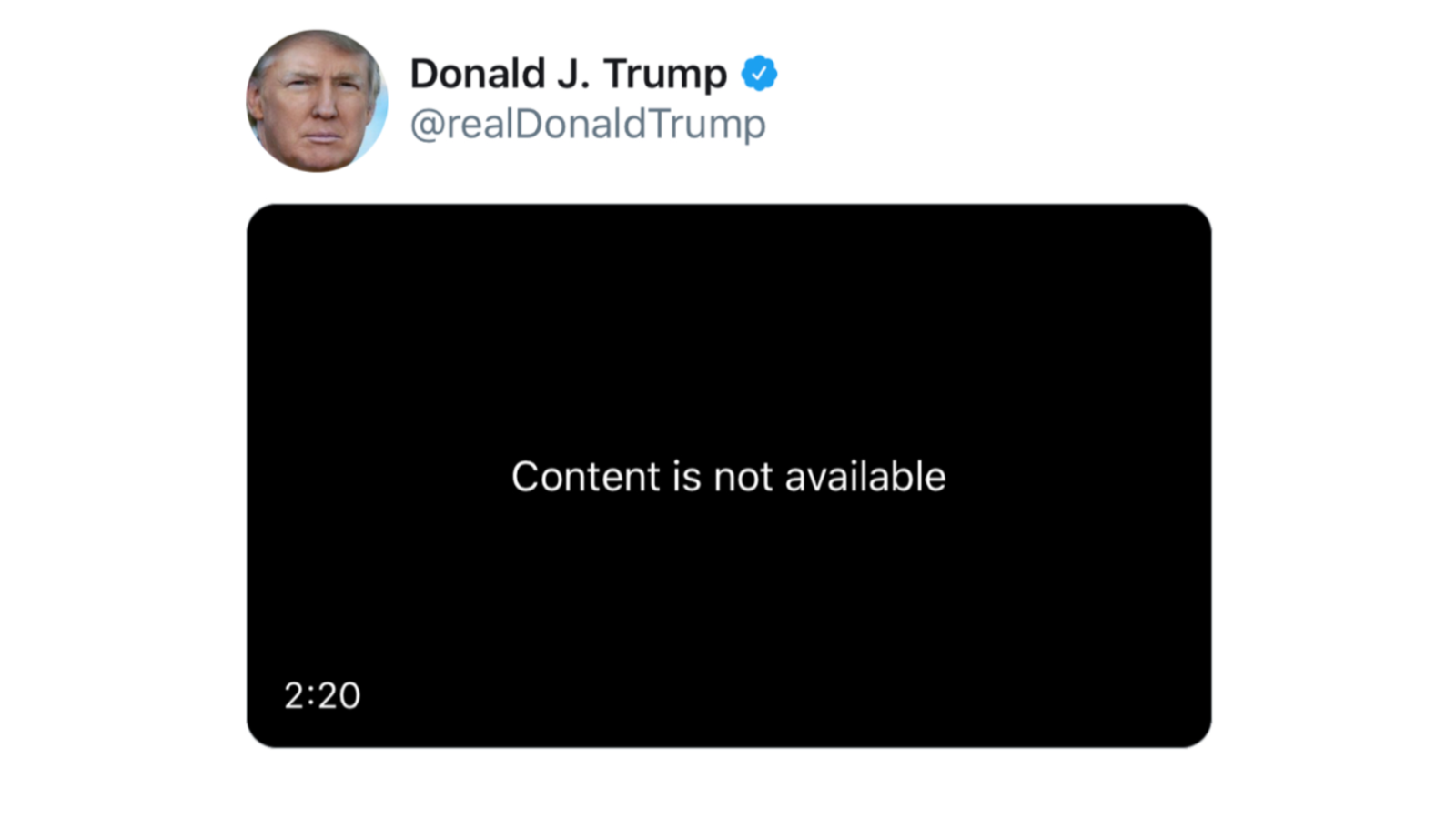 Since he started campaigning for President and long thereafter, musicians have been disapproving of Donald Trump using their music at rallies. Rihanna sent Trump a cease & desist; Neil Young said that Trump wasn’t authorized to use “Rockin’ in the Free World,” to which Trump’s team essentially responded with a “too bad”; Adele, The Rolling Stones, Pharrell Williams, Queen, and more have also expressed disapproval over Trump using their music.

While Trump’s team responded to these musicians in a variety of ways, it seems that even the President is not immune to Twitter copyright takedowns. Gizmodo reports that, on Friday, “the president tweeted a mocking video playing R.E.M.’s ‘Everybody Hurts’ over Democrats’ reaction to the State of the Union—originally created by some dude using the pseudonym “Carpe Donktum”and best known for winning an Infowars meme contest. By early Saturday ET, CNBC reported, the video was taken down after R.E.M. publisher Universal Music Publishing Group, as well as bassist Mike Mills, complained.”

This is not the first time that Trump has had content removed by Twitter, but it is certainly a victory for the musical community opposing his presidency.

As for Carpe Donktum who created the video…

Copyrighted material gets used all the Time on the internet. REM has monetized every video on YouTube where I use their music… This tweet will actually MAKE them money. As to Twitter… they can have all of the $0 I make on it.

Twitter censoring you Mr. President? I got you fam. pic.twitter.com/jrrDBZRlCe