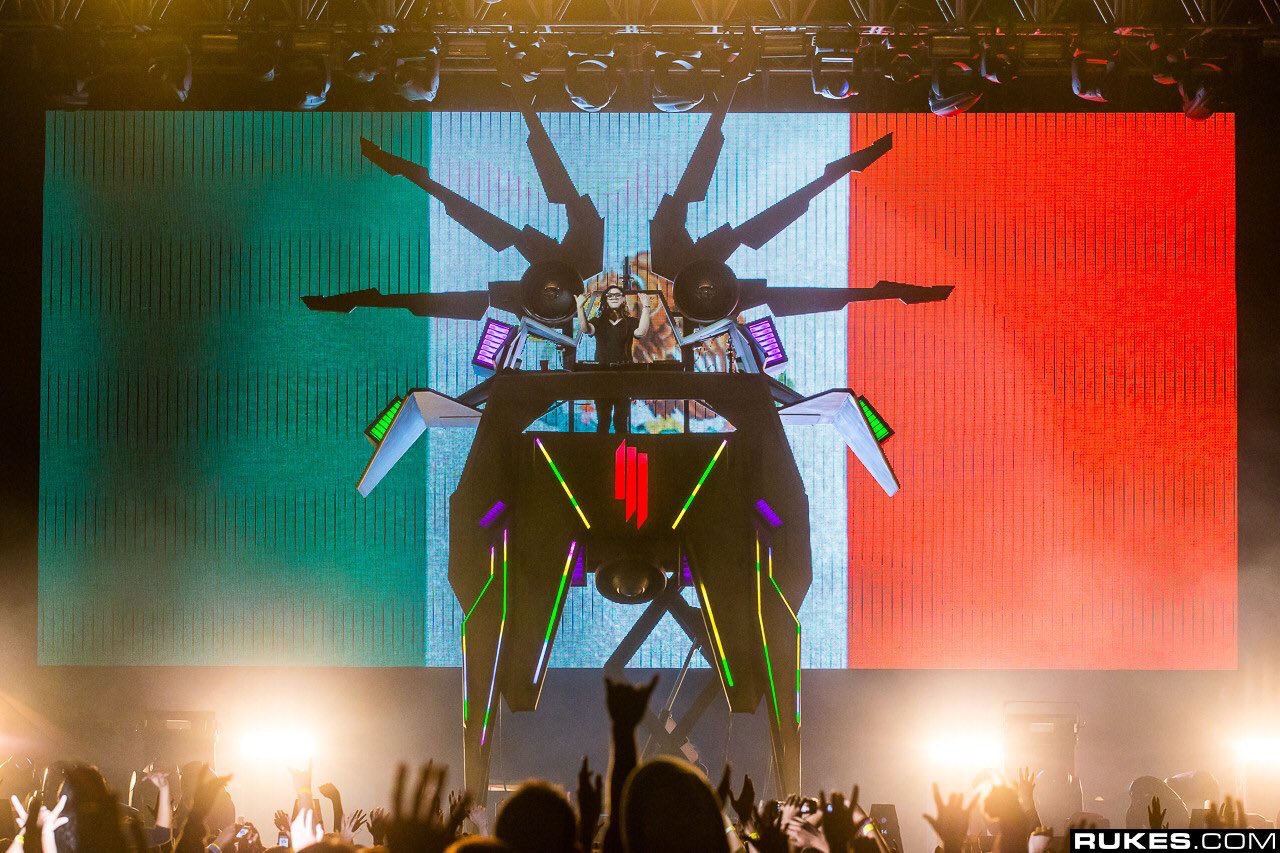 Skrillex just threw down at EDC Mexico last night and his set is naturally the talk of the scene today. Mixing a blend of new music and some old favorites, Skrillex delivered a performance that was both nostalgic and fresh and exciting at the same time.

Of course, his song selection was off the charts. Skrillex peppered his set with rare, unreleased tracks like “WTFIWWY” and “Ping Pong, as well as brand new IDs, and older favorites like “Kill Everybody,” “Scary Monsters and Nice Sprites,” “Bangarang” and many more. Check out the full setlist here.

It’s been a while since the DJ/producer hit the festival circuit hard and he packed a lot of heat for the special performance. So much that Skrillex wound up going over his set time.

“Crazy show Mexico City!” he shared in a post. “I put way too many song in my set to at the end I really rushed it, but that was fun.” He also thanked Pasquale Rotella for not cutting him off when he went over curfew.

Listen to the madness right here!