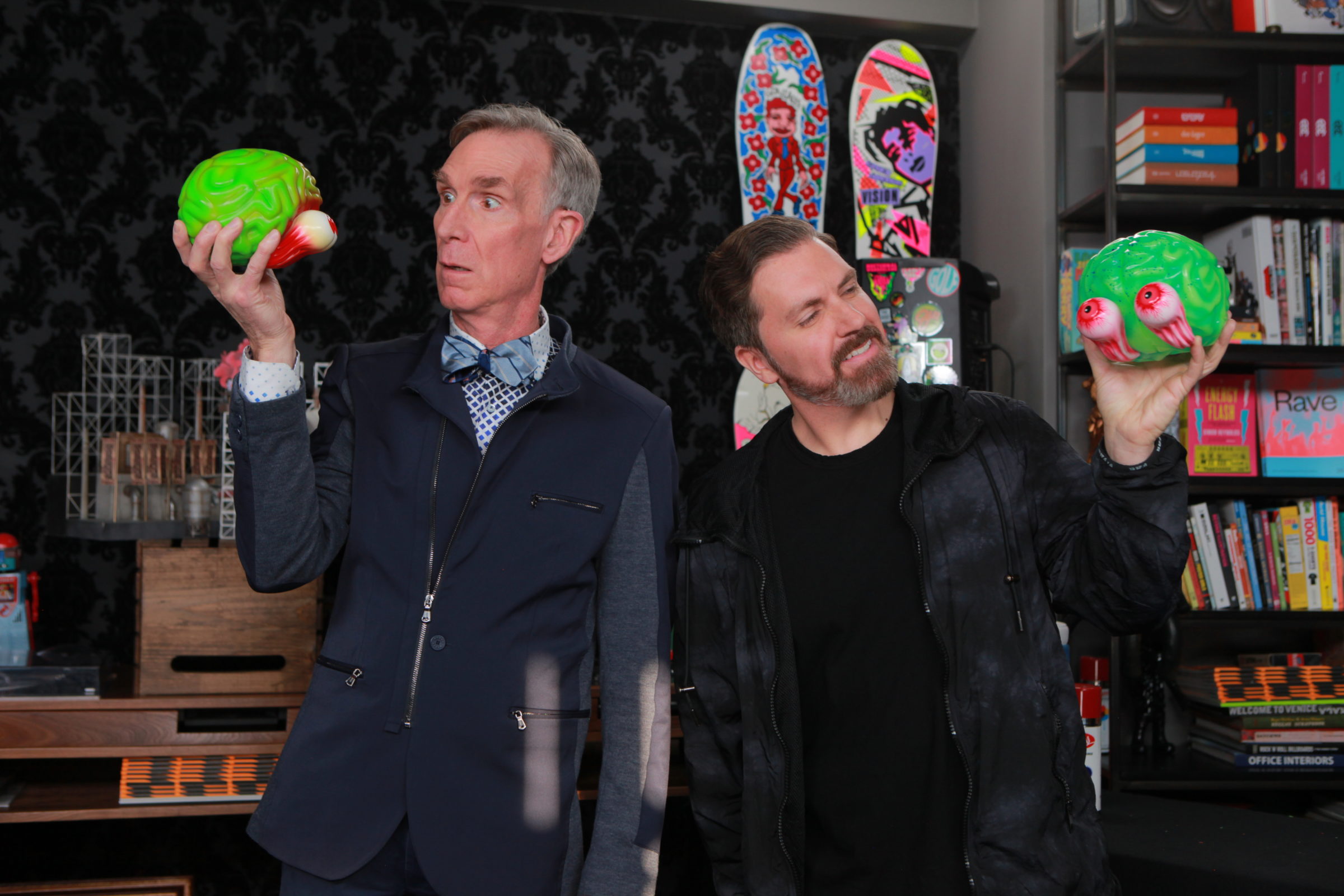 The theme and its presenter could not have been a better match, as this year’s EDCLV theme has been revealed to be kineticENERGY. It’s all about capturing potential energy from fans and dancing and unleashing it with unspeakable force.

“Think of the potential,” says Bill Nye. “Hundreds of thousands of people moving their bodies, freeing their minds, and dancing to music under the glow of spectacular light. “We’ll convert all this potential to a carnival of kinetic energy!”

Given that “kinetic energy” is a real physical principle, it’s surprising it’s even taken this long — but I suppose when you get someone like Bill Nye to do the reveal, the result is worth the wait.

In addition to his appearance in the video, Bill Nye will officially kick off the 2019 edition of EDC Las Vegas as host of the Opening Ceremony on Friday, May 17, amplifying his message of kinetic energy and positive vibes to thousands of Headliners at the cosmicMEADOW stage.

“It was an honor having Bill at Insomniac HQ yesterday on National Science Day to film our EDC theme reveal,” says Insomniac Founder and CEO Pasquale Rotella. “He’s beloved by so many in this community, and with this year’s Kinetic Energy theme, it felt like the perfect collaboration. I’ve always believed this music and these events are good for the mind, body and spirit. Bill brought his own unique energy to this special reveal to help spread that message. I can’t wait for him to kick off our Opening Ceremony at EDC Las Vegas.”

Watch the official reveal video below! A limited number of EDC Las Vegas 2019 tickets are on sale online here.