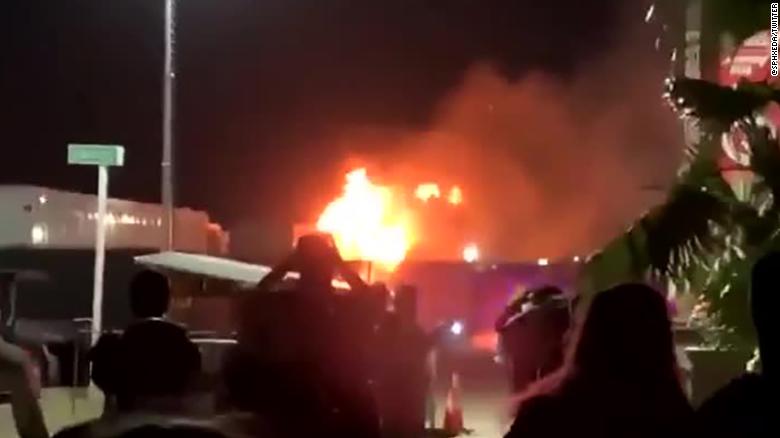 Fire Breaks Out At Coachella On First Night [WATCH]

Weekend one of Coachella is heating up… quite literally.

A fire reportedly broke out early Saturday morning at the music festival in Indio, California around 2:06 am local time. The video below clearly shows the flames and black smoke rising out of a trailer.

The Coachella fire occurred near the center of the Empire Polo Club grounds venue, at a mobile shower unit. The blaze completely destroyed one trailer in the process and damaged another. It’s not clear exactly what caused the explosion.

According to the Riverside County Fire Department, four engines responded to the scene.

Thankfully, no injuries were reported.

WHAT IS GOING ON!!! THERE IS A HUGE FIRE AT THE COACHELLA MOBILE SHOWERS!!! #Coachella #Coachella2019 #FyreFestival pic.twitter.com/d0DrI4TJym

Video of the shower explosion, hope nobody got hurt from Coachella