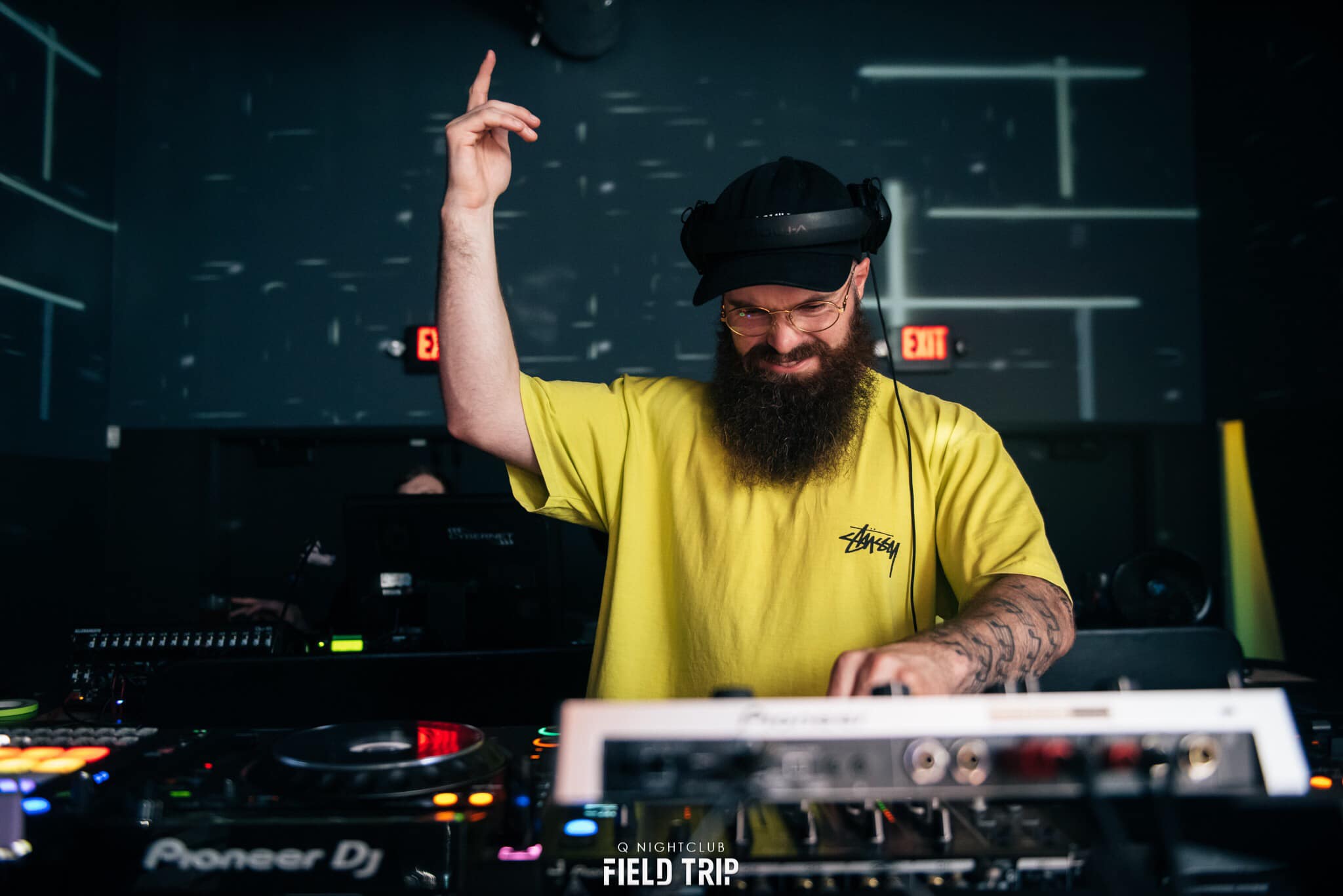 You may know him from his iconic beard. Or, maybe you’ve heard his music from some of the biggest labels in dance music like Dirtybird and Relief Records. He’s accomplished incredible feats with his career thus far, remixing Rihanna, U2, and Rüfüs Du Sol, and most recently, Phantoms. Of course, I’m talking about none other than Will Clarke. The man is a true sensation.

I’ve been a huge fan of Will ever since hearing him for the first time years ago with tracks like “Hip Hop Power”, “Turn It Up”, and the smash “Booty Percolatin'”. He’s already had one hell of a year, most recently releasing the ‘Tricky EP’ featuring the electrifying collab with Sage Armstrong, “Girl Put In Work”.

Last night, Will Clarke came through Seattle’s Q Nightclub for a night that proved to be one for the books. Hosted by Seattle’s Field Trip event series, energy was buzzing right from the start featuring three locals DJ’s providing support. Merlin The Girl kicked things off, followed by hherb who brought smooth house vibes for the next hour. Hector Rodriguez followed, elevating the energy with big tunes from the likes of Chris Lake and Hannah Wants, setting things up nicely as Will Clarke took the stage at midnight.

He mixed in his first track, featuring just a pad and a hypnotic vocal that seemed to envelop the whole room. It slowly began building, until all of the sudden the room was hit with a fantastic 4 on the floor drop that had the club going crazy. The energy never died throughout his whole set.

There are some DJ’s who show up, do their thing, and hop off the stage. Will Clarke is the exact opposite. His stage presence made you want to move, to dance, and get lost in the music and it was evident he was having as good of a time as all of us in the crowd.

If Will Clarke is coming to a city near you, don’t even hesitate, get your ticket! Until then, check out his latest release, a remix for Phantoms titled “Designs For You”.