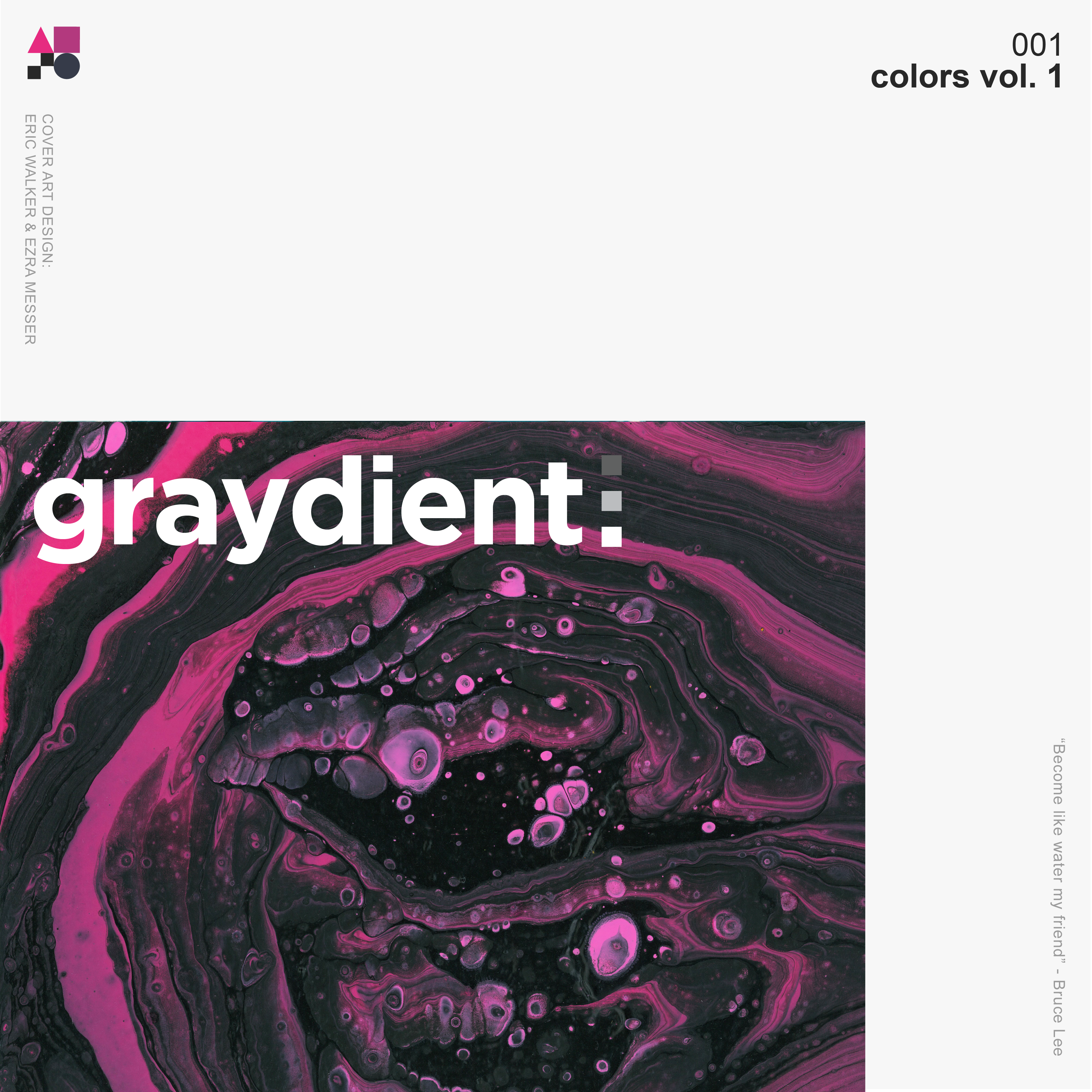 Julian Gray –the multi-genre producer & YouTube tutorialist that signed with mau5trap in 2018 and received compliments from deadmau5 himself– has officially launched his own label. The cleverly-named Graydient Collective brings several of the finest artists in dance music’s current underground together with poets, visual artists and graphic designers to create a new & unique audiovisual experience for EDM fans everywhere.

Graydient underwent a soft launch last week with a single release from the head honcho himself, entitled “Labrats.” However, it wasn’t until yesterday that the label experienced a more full-scale launch, accompanied by the 16-track compilation album Colors, Vol. 1.

Clocking in just shy of 90 minutes, the inaugural Colors album contains a range of music spanning from progressive and electro house to techno and trance. With tracks being lengthy more often than not, this album will certainly be a treat for seasoned listeners with longer attention spans.

Colors, Vol. 1 also showcases a wide selection of talent, ranging from more recognized artists like GHOST DATA (who has previously released several full-length LPs) and Sysdemes to newer artists like Dex Machina and introvybe (who are both making their respective debuts on this album).

If the first installation of Colors is a sign of what is to come, Graydient is certainly going to be a label worth paying some attention to. Even the cover art boasts uniqueness, directly crediting its own designers and featuring a quote from the legendary martial artist Bruce Lee.

“Parasite” is pure infectiousness coming from the mau5trap regular. The song’s repetitive, slightly syncopated lead and pulsing bass make it a hypnotizing dancefloor jam, while its moody chords make it palatable enough for at-home listening.

“Unlikely Los Angeles” definitively proves that this newcomer really knows how to use panning to create an immersive space for listeners, while continually sprinkling in new elements as the song progresses to keep their attention locked.

“Black Hole” starts out slow with an ambient piano sequence, but eventually builds into some insanely groovy, glitchy electro house. Fans of Bad Computer and Feed Me should be all over this one.

Dex Machina – Through the Silence

Not only is “Through the Silence” a breath of fresh air on Colors, Vol. 1 (being the only uplifting trance tune found on the entire project), it is a testament to the fact that sample pack vocals can be used in unique and special ways, working seamlessly with totally unexpected styles.

There couldn’t have been a more perfect song to close out this compilation than “Tempest.” Its more organic elements (the improvisational piano and water sampling) run parallel to its glitched-out beat in a surprisingly smooth fashion, guiding listeners into a beautifully serene conclusion.

Listen to Colors, Vol. 1 and support the album below:

Support on all platforms