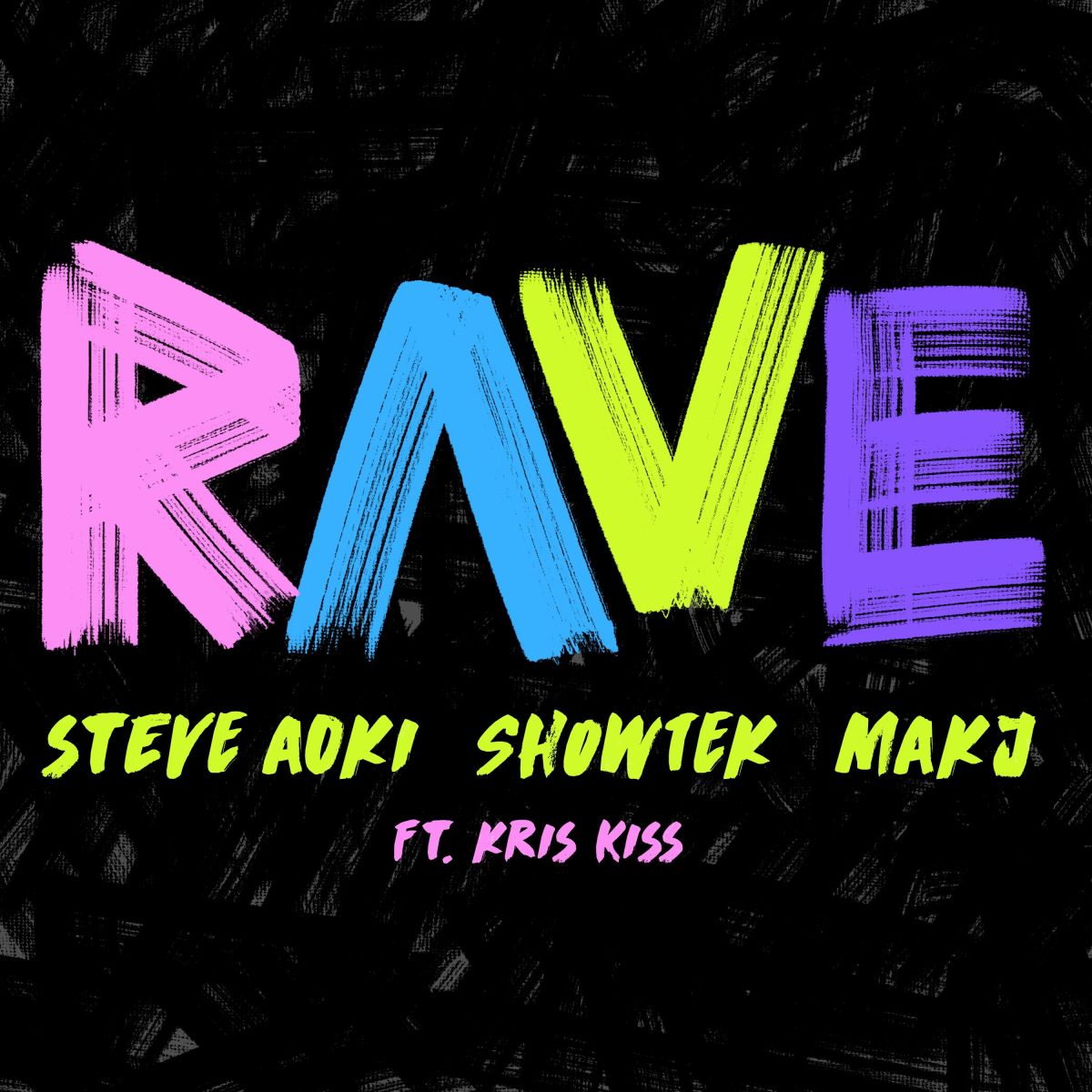 Three of the biggest names in dance music have joined forces for an irresistible festival banger. Steve Aoki, Showtek, and MAKJ have teamed up for their highly anticipated new single “Rave” featuring Kris Kiss on vocals.The title of the song should immediately let you know what to expect, this is a high-energy track made for the mainstage. The common denominator in this collab is MAKJ, who recently collaborated with Aoki on his psy-trance track “Shakalaka.” Showtek released an edit of MAKJ’s song “Go” back in 2014, and now, the three artists have joined forces for a perfect track.

The track opens up with rave-y, repeating synth riff as the vocal gets mixed in, “All my party people, it’s time to misbehave.” The verse continues over the same repeating synths, before the snare drums kick in for the buildup over the verse. From there we get the massive drop; to me, this part of the song seems like Shotwek is doing the heavy lifting production wise. The synths are quick and hard, but still melodic. Regardless of who you give the most credit to for the track, this one mixes in seamlessly with either Aoki or Showtek’s massive catalogs. Both Aoki and Showtek have been showcasing this track in their live sets lately; again the name of the track is “Rave,” this one is made to be heard live and played at maximum volume. “Rave” is a world class collaboration from some of EDM’s heaviest hitters, sure to be a festival staple this summer.