Swedish House Mafia’s Steve Angello is speaking out after an aspiring producer called the group “moneytakers” on social media.

Specifically, the commenter said, “Release some music yo moneytakers.”

That was enough to set Angello off. The producer responded explaining the core difference between himself and the hater. Instead of releasing music for the sake of releasing music, Angello said he and Swedish House Mafia take their time to craft quality productions to “extreme perfection.” Surely, this is what makes SHM’s timeless music stand out — and why we’re still waiting to hear new music in 2019.

He goes as far to call out what he describes as “fast-food thinking artists.” To Angello and those he works most closely with, it’s quality over quantity every time.

Swedish House Mafia have hyped up fans in 2019 with a strong run of epic performances, all new production, and even a few merch pieces to mark their return. As we anticipate new music, we can expect nothing but the best is to come. 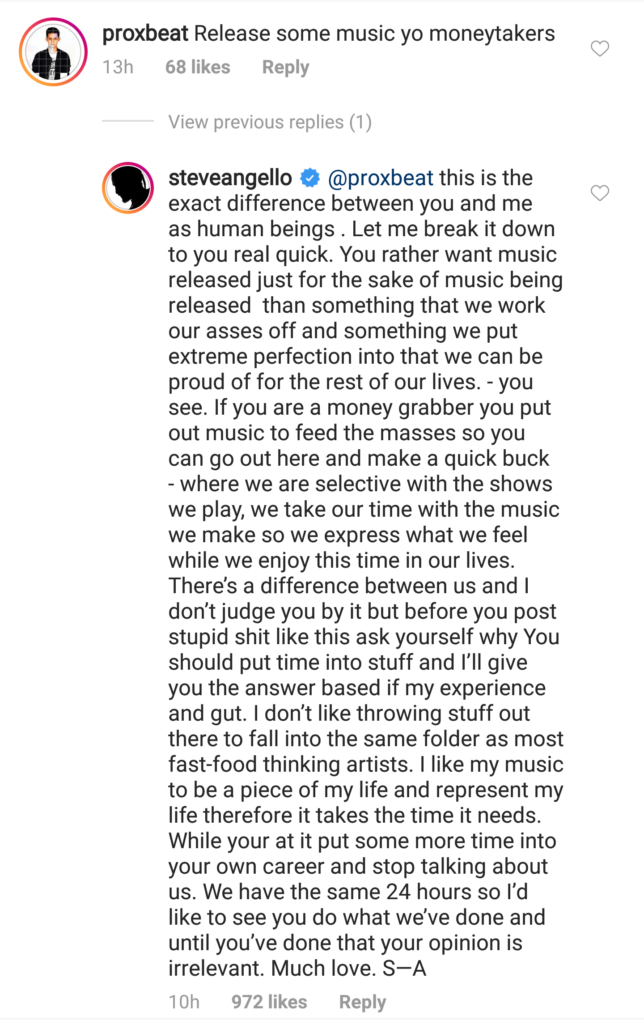