by Your EDM Staff
in EDM News, Just For Fun

A lot of DJs, when they get their first real fat paycheck, after they’ve really made it, choose a nice car as their first luxury purchase. Rezz got her Audi R8, Getter did the same, Jauz has his Porsche Panamera 4S, Deadmau5 has too many to count or keep track of, Marshmello has his mega truck. And Afrojack… has his two matching, blue camo Bugattis, a Veyron and a Chiron.

Keep in mind Afrojack isn’t one to just do things at the base level, his whips are more than meets the eye.

The Veyron (ranging between $1.7-3 million) is definitely special — it’s actually a Grand Sport Vitesse meaning its 8.0-liter quad-turbocharged W16 engine pumps out an extraordinary 1,200 hp. It’s finished in brown carbon fiber with light brown accents as well as black and brown wheels, making it nearly identical to the only one-of-three Veyron Rembrandt model.

The Chiron (costing $3 million), on the other hand, is a more standard model. That being said, it’s still a f*cking Chiron which already comes with an 8.0 L quad-turbocharged W16 engine like the Veyron Grand Sport Vitesse. The difference being that the Chiron hits a staggering 1,479 hp. The Chiron is capable of such speeds that its top speed is electronically limited to 261 mph for safety reasons, mainly arising from the tires as the manufacturer concluded that no tire currently manufactured would be able to handle the stress at the top speed the Chiron is capable of achieving.

Afrojack had his order in for one before it was even presented at the Geneva Motor Show back in early 2016.

Check out a couple choice photos of the matching blue camo supercars below. 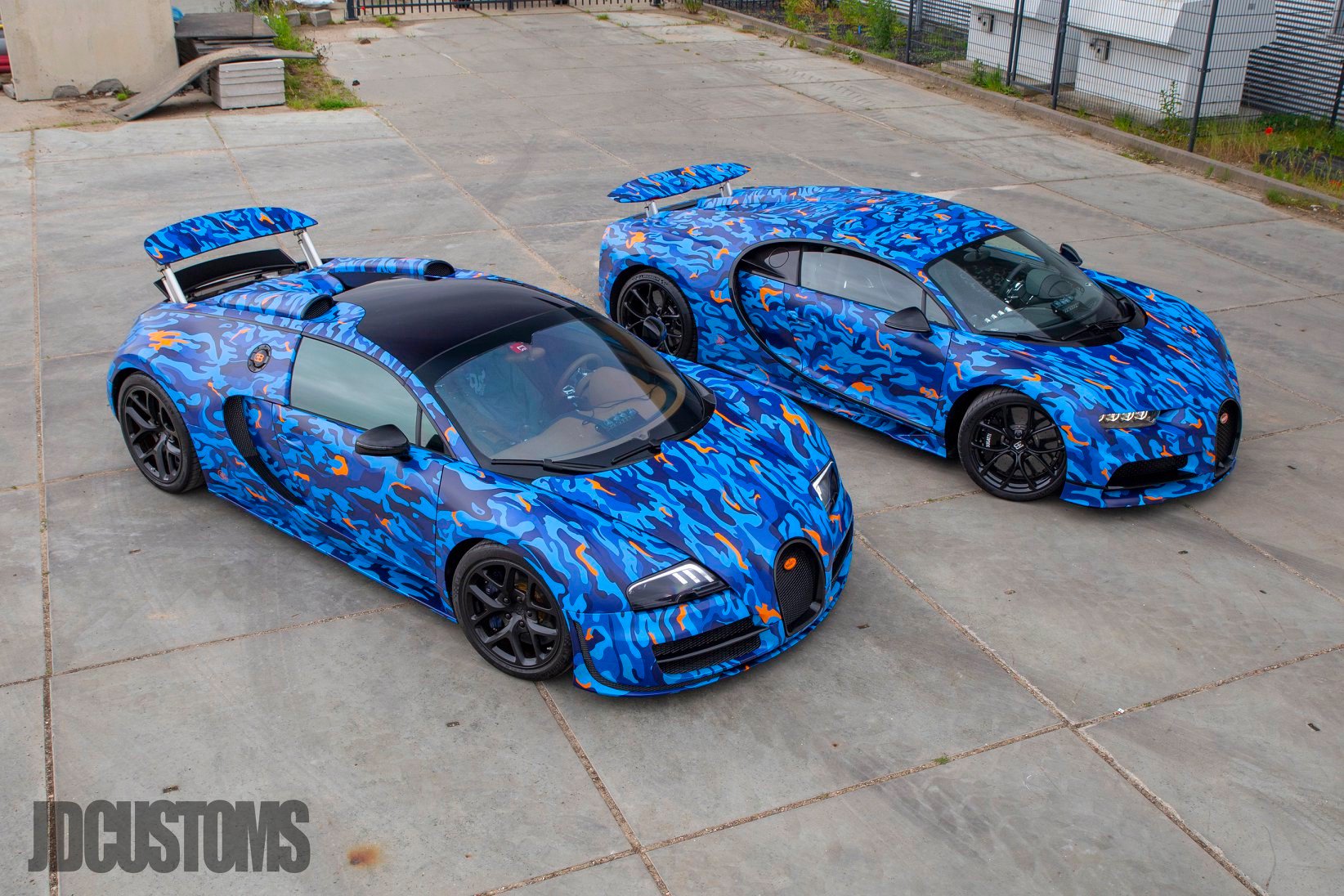 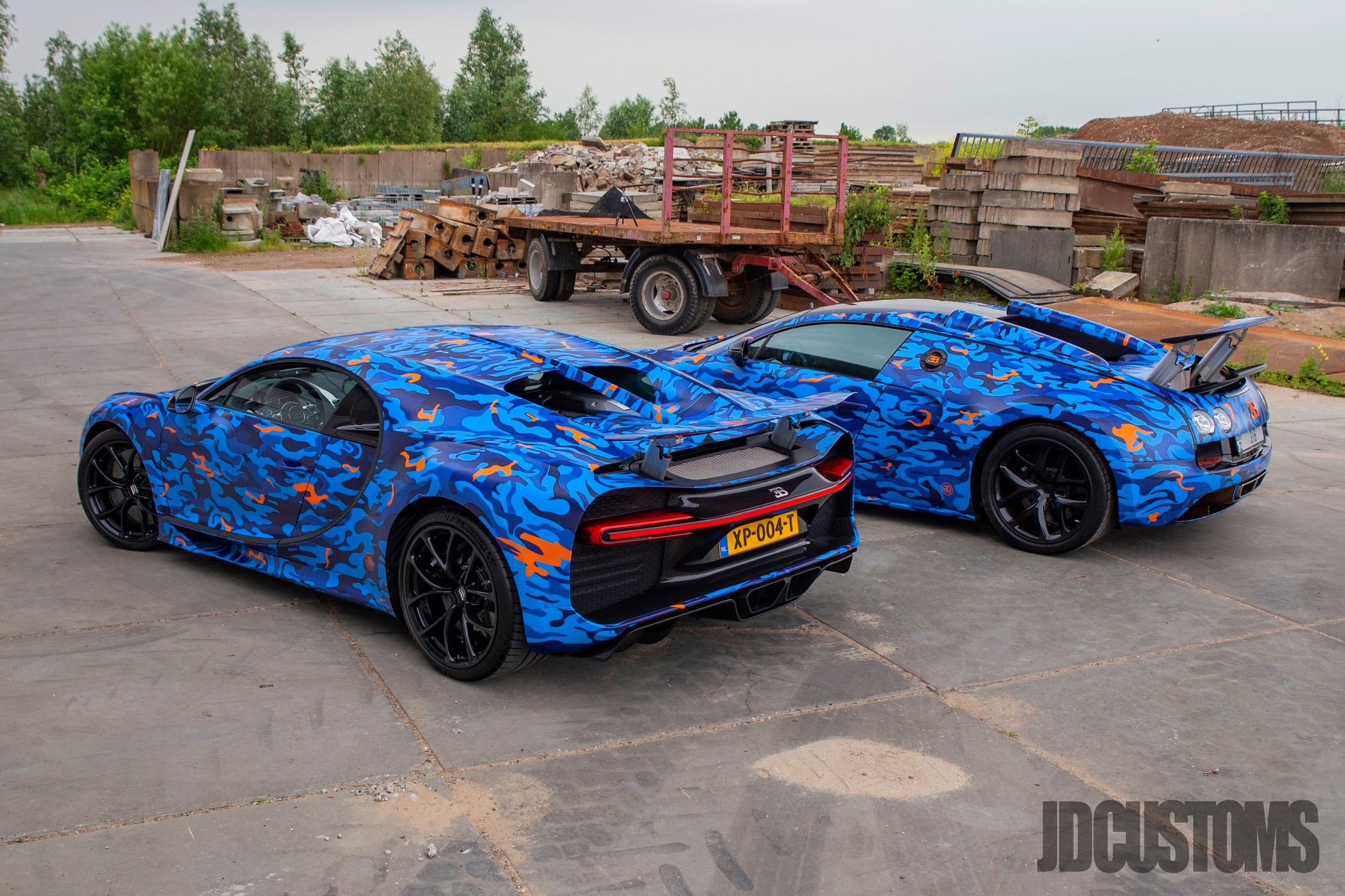