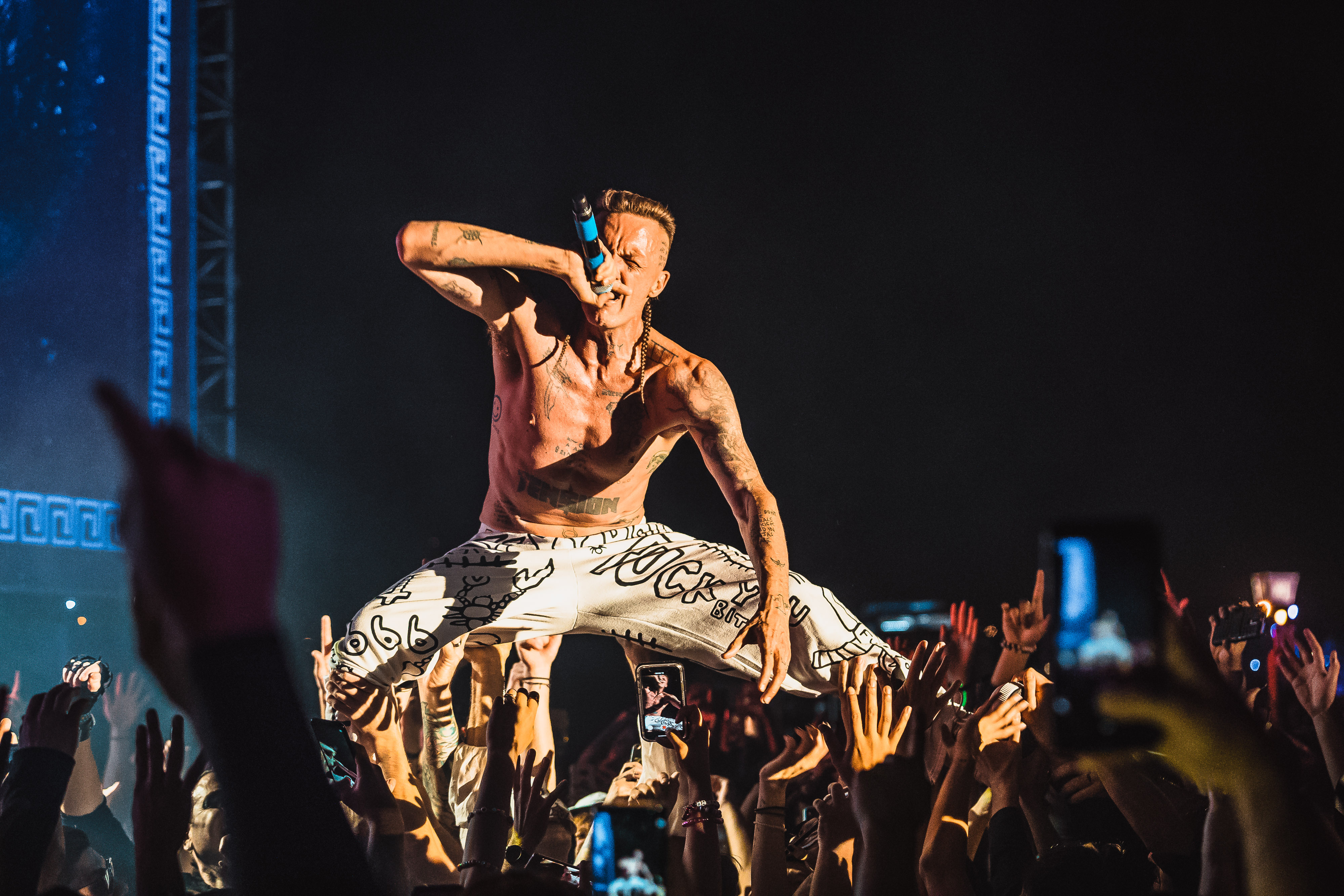 A 2012 video allegedly showing South African duo Die Antwoord committing a hate crime has gone viral, apparently leading to the group being removed from at least two festival lineups that we know of so far. The video shows group member Ninja running up and spitting in the face of an openly gay musician, and while they chase after him, Yolandi can be heard yelling, “Run fa**ot run!” The group then fabricates a story about a sexual assault and goes around telling anyone who will listen.

Earlier today, Ninja posted a response to the video on their Facebook page, claiming that it was “cleverly edited” to make them out to be the bad guys. He further claims that the cameraman was actually the one who beat up Andy Butler of Hercules and the Love Affair.

Ninja claims that Butler stalked the group on every stop during their Big Day Out tour making “fucked up comments” toward them repeatedly. He then doubles down on the story he tells in the video, “At the end of the tour, during our final festival in Adelaide, the guy from Hercules followed ¥o-landi into the girls bathroom and wouldn’t let her out, and she had to physically push past him to get out of the bathroom.”

In the video, when Ninja is telling people about what allegedly happened, Yolandi can be seeing feigning tears. As they walk away, he says about her, “She’s like Marilyn Monroe, this is Oscar Award Winning…” and tells her to stop smiling. He also says, “We’re going to have to edit that part out.”

He tries to explain this away in his post, saying, “In the heat of the moment I quickly told ¥o-landi to be as dramatic as possible about what happened so that we wouldn’t be detained for this guys bullshit story he was busy spinning to security.” Butler can never be seen in the video attempting to flag down security or spin a “bullshit story,” only trying to get away from Yolandi and Ninja.

He also says in his post, “As I ran up to the guy from Hercules, he threw a drink at me and punched me so I hit him back, and he ran off.” In the video, Butler throws a drink at Ninja after Ninja spits on him and starts verbally harassing him.

As far as advances in video editing have come, Ninja’s claim that this whole 11-minute video has been doctored in such a way as to paint them in this kind of light, so clearly, falls utterly flat. You can read his attempt at an explanation below. Watch the video here in our initial coverage.

Photo via Jason Fenmore for Insomniac