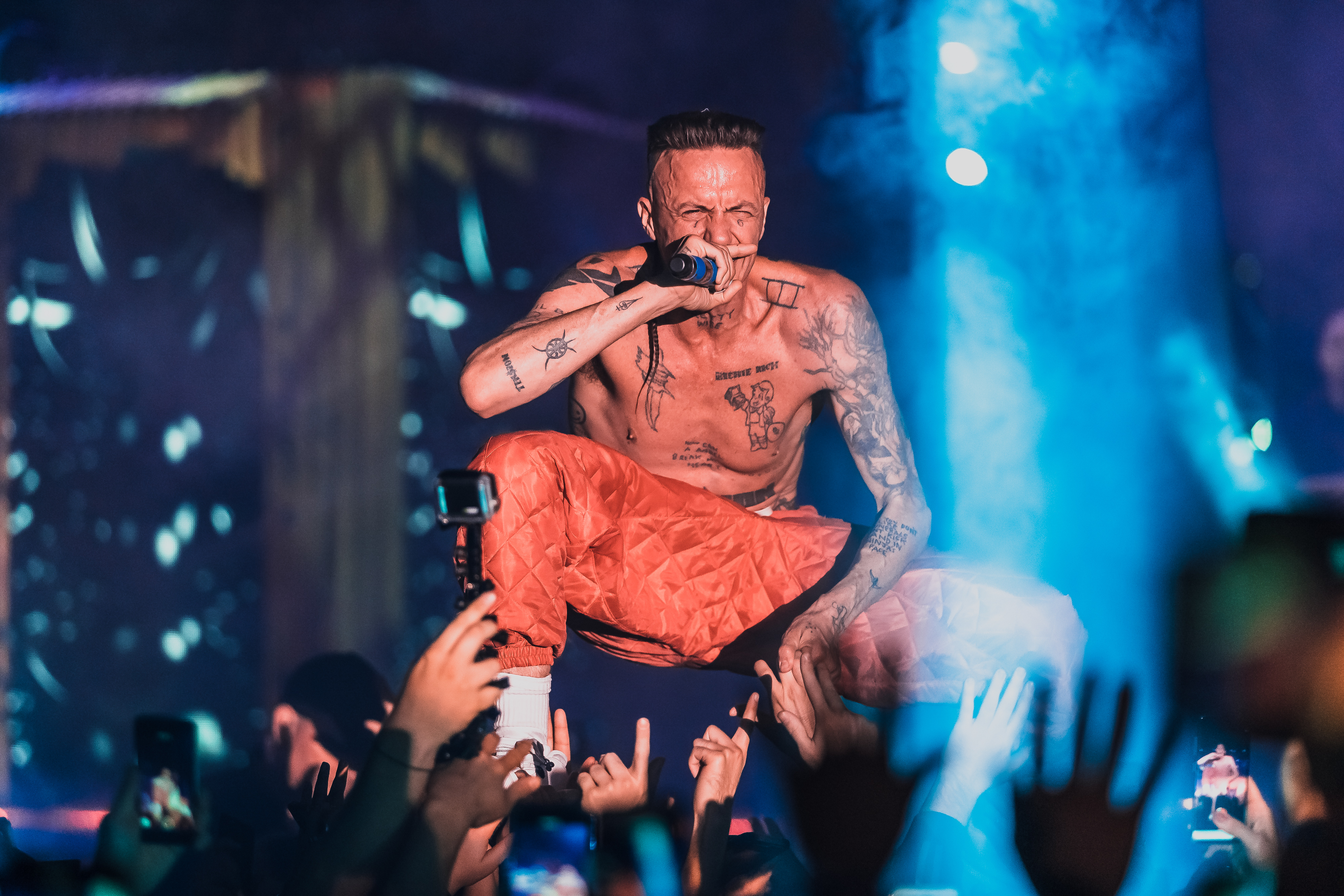 South African group Die Antwoord are allegedly being pulled from festival lineups after a viral video was uploaded showing members Yolandi and Ninja engaging in outright homophobic behavior and more.

The video is from 2012, but has been written about in one fashion or another by publications as early as this July. Ben Jay Crossman, Die Antwoord’s former videographer, was the one who originally uploaded the video but it’s been taken down and reuploaded many times since then.

Crossman’s video shows the final breaking point of tensions between Ninja and Yolandi and Andy Butler of the band Hercules and Love Affair, who is openly gay. In the video, Ninja runs up to Butler, seemingly unprovoked, and spits in his face, saying, “It’s nice to see you! I haven’t seen you for so long.”

Butler moves away from group, who are following him at this point. Yolandi can be heard in the video yelling, “Run, fa**ot, run! Run for your life b*tch.”

After Butler successfully makes it away, Ninja’s tone rapidly changes as he starts to tell everyone “what went down.” “Now here’s the story guys,” he says. “He walked up on this young girl and he felt her bum and her tits and she’s upset. Don’t laugh anymore.”

As they reach other groups of people, Ninja starts talking out loud about their fabricated story, though now the victim has changed to Yolandi, and Butler apparently followed her into a porta-pottie — Yolandi can be seen in the video feigning tears (2:25). When they walk away out of earshot, Ninja remarks, “She’s like Marilyn Monroe, this is Oscar Award Winning…”

In just the past week since the video resurfaced, Die Antwoord has been removed from the lineup on Kentucky festival Louder Than Life, and also apparently Life Is Beautiful. LIB has made no official statement about the lineup change, but apparently told a Redditor about it in DMs.

Neither festival makes any explicit mention of the video.

Die Antwoord have long been accused of various nefarious deeds, but this seems to be the first time that the group has been caught red-handed on camera.