Swedish House Mafia are currently in the midst of their massive reunion tour after taking a long hiatus from 2013-2018. They reunited at Ultra Music Festival in Miami in 2018, but that has been their only US show thus far. With Creamfields this weekend, only Lollapalooza Berlin and the F1 Signapore Grand Prix remain before the end of all announced dates.

A US tour has always been de facto assumed, if only because “why not,” but we’re only just now getting our first hint at an impending slew of dates. On an Instagram post from Axwell thanking Austria for their love after their show at Frequency Festival this past weekend, one fan commented, asking when they’re coming back do America, ending it, “Do a stadium tour brothas!”

While this is by no means a complete admission of a US tour coming, soon or otherwise, Axwell could have just as easily ignored the comment or said otherwise. Social media at the level of artists as big as SHM is far more deliberate than most might think, so this definitely has some real world implications coming!

Stay locked on Your EDM for more news about any Swedish House Mafia US tour if/when it drops. 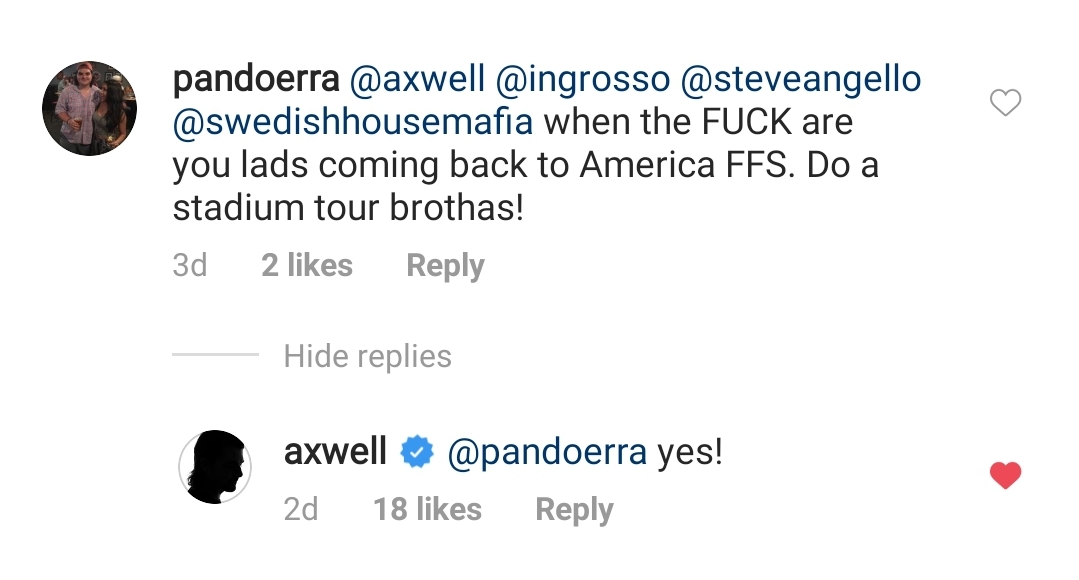