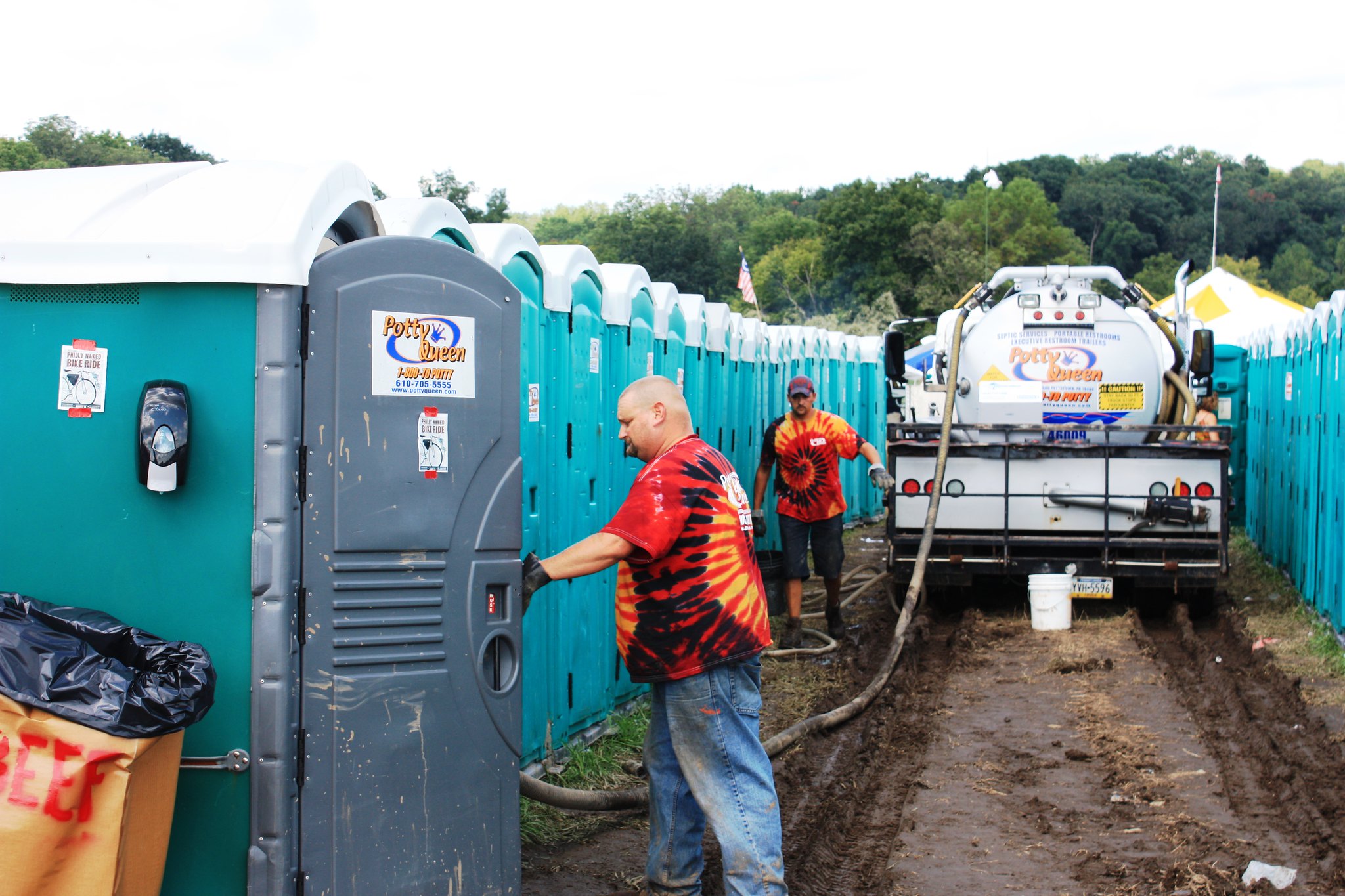 Going to the bathroom in a porta-potty would never be considered a pleasant experience by any stretch of the imagination. Even the VIP bathrooms that some festivals are now adopting could hardly be called “inviting.” But what if by urinating and defecating you were actually working toward a good cause?

Reading Festival in the UK this past weekend had such an idea. Thames Water, a local utility in much of the UK (like DWP in the US), said hundreds of thousands of liters of excrement, both feces and urine, would be collected over the course of the festival. Over 750,000 liters of sewage, between nine tankers carrying 19,000 liters each working 6am to 10pm every day, would be collected by contractors A1 Group.

Writes Energy Live News, “The sewage will then be transformed into renewable energy by extracting gas from a by-product called sludge to generate electricity for the Island Road plant, enough to power two homes for a day.”

Andrew Glover, from Thames Water’s commercial operations team said: “Reading Festival is one of the biggest events in our calendar but we’re raring to go.

“Festival loos are infamous for their pong but it’s amazing to see what else people flush down there each year. We’ve previously had to drag out tents, sleeping bags and foil blankets, along with smaller items like mobile phones, beer cans and clothes so they don’t clog up our machines.

“We’re therefore urging festival-goers to only put the three Ps down the loos – pee, poo and paper – and not to flush any other objects or rubbish down there.”

Other festivals, like Roskilde in Denmark, have looked at other… inventive… ways to make use of human waste. The more we can abide by reduce, reuse, and recycle — in this case, reuse — the better off our environment will be.

via ELN | Photo via MCPC