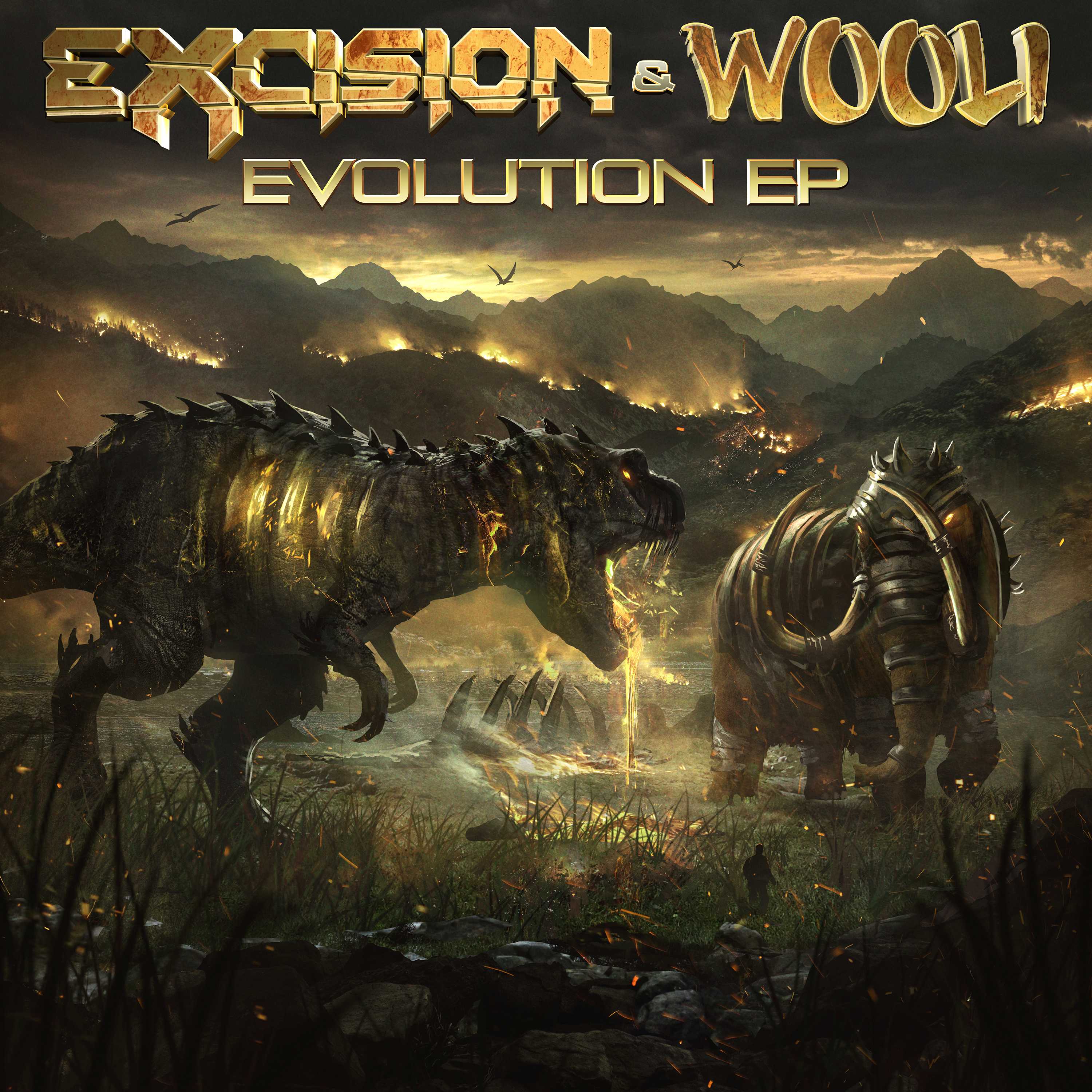 After officially announcing their collab EP earlier this month, Excision & Wooli have at last dropped their long awaited Evolution EP. Including previously released singles with Seven Lions and Trivecta, this 4-track EP has a lot to offer.

Having already heard three out of the four singles, the EP doesn’t come as much of a surprise. With only “Evolution” featuring Sam King coming as a new track, it doesn’t feel like we’re being treated to much. That being said, the collection of songs as it is represents a fantastic compendium of dubstep, melodic, and harder styles.

Check out the Evolution EP, as well as our brief interview with Wooli, below!

How did you and Excision first come to the conclusion that you were making a full EP and not just a single?

After the first single came together so easily, it only made sense to keep on going! I had a few more ideas and Excision had some vocals to write to, it all came together naturally.

Did you have time to sit down in a studio and work it all out or was a lot of it done remotely, as both of you are touring so much?

It was a mixture of both! We wrote two songs remotely, and wrote/started two songs at his house in Canada! I stayed with him for a week and worked in his studio. It was actually my first time EVER writing with someone in a studio.

You’ve been going heavy with collaborations these past few months, whether it’s Snails, Seven Lions & Trivecta, or Seven Lions & Excision. What’s the most important thing you’ve learned from each of these releases in terms of work flow or production?

When you are collaborating with big artists, its important to remember to be patient. A lot of people have crazy schedules including myself, so it was something I had to learn as I was going that sometimes it will take longer to finish a song than normal.