by Ashlee Burke
in Events, Giveaway

Last year, up and coming house DJ VNSSA opened Dirtybird Campout West Coast with a bang, throwing down one of the most talked-about sets of the festival before taking campers on a 5k floating race on the Modesto Reservoir. Your EDM has partnered with Dirtybird Campout West Coast and VNSSA to announce the return of the 5k Floatie race and give one lucky winner the chance to kick it backstage with VNSSA after the race!

Dirtybird Campout West Coast will take place October 4-6, 2019, at the Modesto Reservoir Campgrounds, only 2 hours from Oakland and 4 and a half hours from Los Angeles. The latest edition of the now-legendary camping festival, Dirtybird Campout West Coast introduces a new stage to the flock: Claude’s Cabin. Named after and hosted by Dirtybird’s label boss Claude VonStroke in the beautiful Campout Wild Woods, Claude’s Cabin is set to host a variety of activities including a Lap Dance For Your Life show, Camper Stand Up Comedy, Speed Dating, Deep House Yoga, and a Pie Eating contest amongst many other hilarious shenanigans.

Enter to win tickets to Campout and a meet-and-greet with VNSSA below. (Enter here if on mobile.) 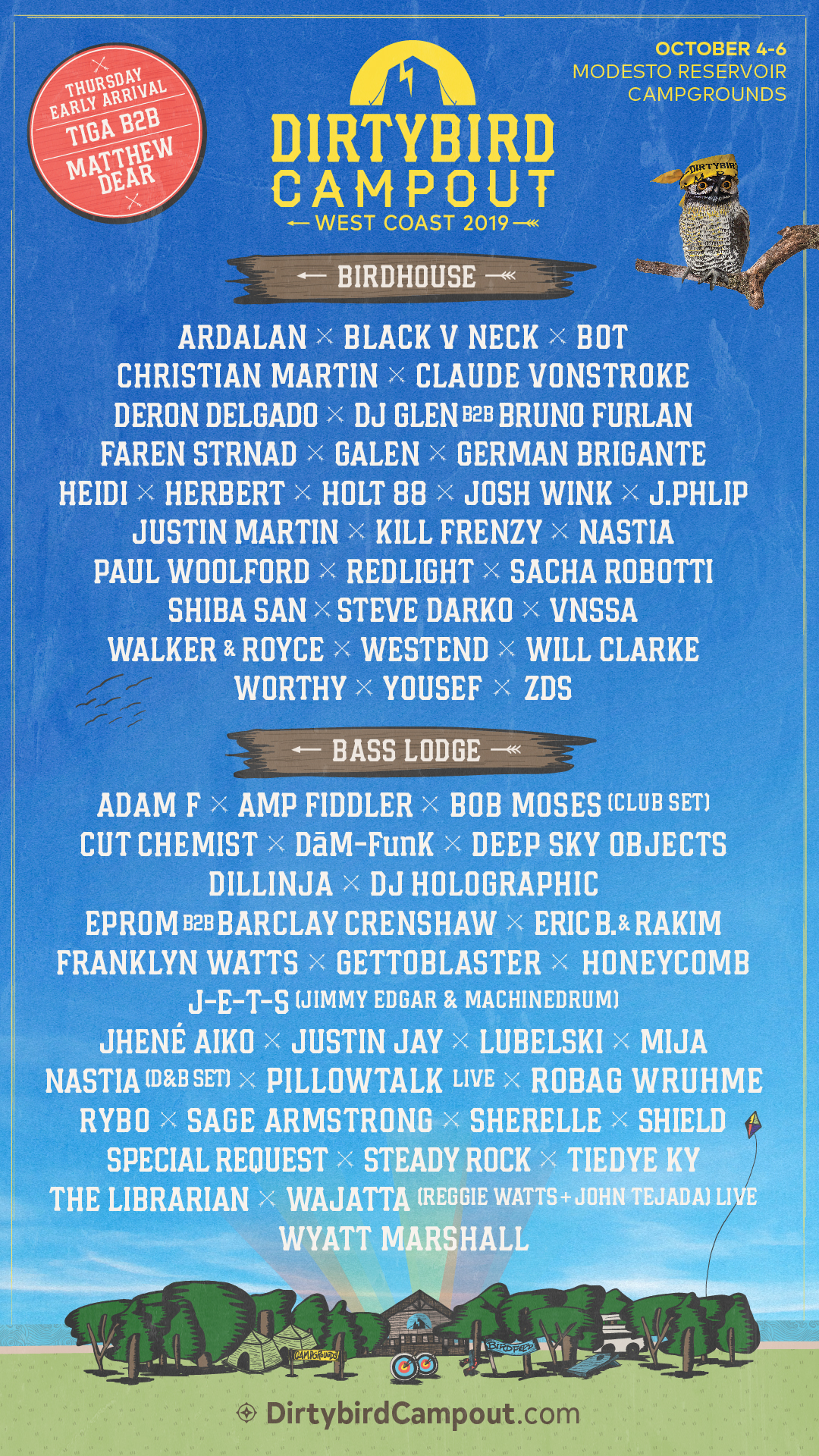