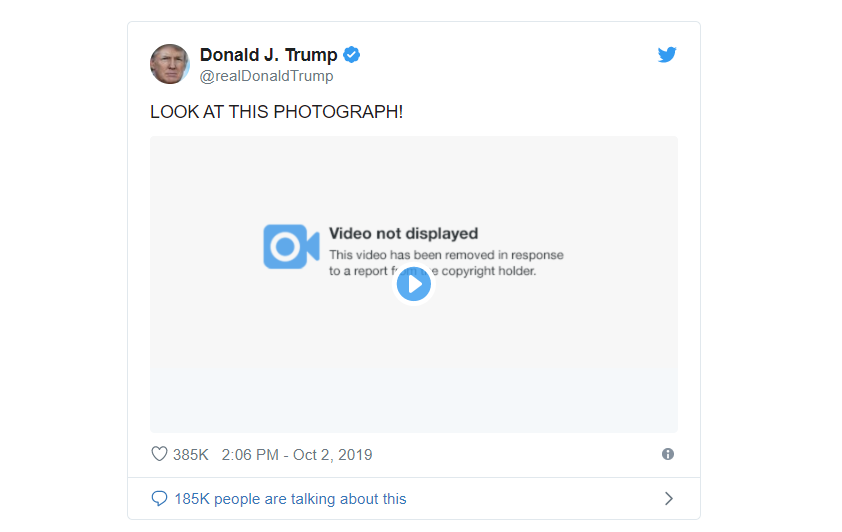 The Nickelback “Photograph” meme has been used for years and years at this point, playing off the hilarious music video for the 2005 single. Most notably recently, it was used by President Trump in an attempt to troll Democratic presidential candidate, Joe Biden.

Nickelback, rarely, if ever, issues a takedown on their obviously copyrighted material, presumably because the group actually has a sense of humor. However, they’ve just done it to one of the most public figures in the world and everyone is losing their minds over it. (Worth noting, Donald Trump Jr. just posted the same video four hours ago and it is still up.)

LOOK AT THIS PHOTOGRAPH! pic.twitter.com/QQYTqG4KTt

Trump has yet to address the takedown himself, but Twitter was quick to provide commentary of their own.

"Nickelback sent the President of the United States a takedown request" is truly one of the most epic sentences in the English language. https://t.co/YpQ2obDR7Q

Is there anything more pathetic than violating copyright law with a pinned Nickelback tweet pic.twitter.com/ip5jksa0aO