by Ashlee Burke
in EDM News, Interview, Worth Sharing

Over the past six years, Your Paradise Fiji has earned a reputation for being one of the most intimate destination festivals in the world. Known for giving fans of dance music an unrivaled intimate festival experience with their favorite artists on a remote island in Fiji, the festival returns this year with A-Trak, Gorgon City, Getter’s hip-hop alter ego Terror Reid, What So Not, Cosmo’s Midnight, Mija, Noisia, and more along with curated parties from Anjunadeep, Night Bass, and Desert Hearts. Your EDM spoke with two of the festival founders for a chance to learn a little bit more about this island festival, if it really is just as much of a fantasy as it appears to be, and if Your Paradise is as elite as it seems or if the festival really is a fantastic travel adventure for anyone who loves dance music as much as we do.

What was your personal goal when setting out to create Your Paradise? Do you feel like you were able to achieve it and if so which year of the festival and what was the goal that replaced it. How has the vision behind Your Paradise grown or evolved since you first started building the concept of this Island Festival?

Ignacio:
The goal was to develop a truly all-encompassing curated experience where travel, self-discovery, music & culture were part of the one event. Originally attracting a primarily Australian audience, we have now flights departing from Los Angeles and Auckland, New Zealand; with plans for other departing cities like San Francisco, Tokyo and Singapore in 2020.

Do either of you have a Your Paradise bucket list? Artists you want to get, activities you want to try out, or even just certain responses you want to hear from the attendees about their experiences at the festival.

Hadi J:
A goal is to keep developing our sustainability program and work closely with the local community to help grow the music culture locally. It’s something that has always been on our bucket list, but has become a focus for 2019 and beyond.

On Pasquale Rotella’s podcast, he once described one of the worst mistakes he ever made planning EDC when one year he wanted to have daisies float down from above the crowd and over the entire festival. While that would look good if done in Photoshop, it turned into mass chaos in reality as people were ducking hundreds to thousands of dive-bombing stems and leaves as daisies rained down on them from hundreds of feet above. Obviously this was an idea that didn’t make it onto the lineup of next year’s event. What would you consider Your Paradise’s “Daisy Dropper” moments where an idea you really wanted to work just didn’t pan out.

Hadi J:
The idea of flying 750 people into a remote island can be considered our own Daisy Dropper! The event takes place in a pretty remote location so we have always had to be quite realistic about our limitations (and we have a lot of them) – Pragmatism has always been first of mind. We mainly work on getting the basics right; managing guests & artists expectations, having great sound & programming. This has allowed us to stay away from too many crazy ideas we can’t pull off. 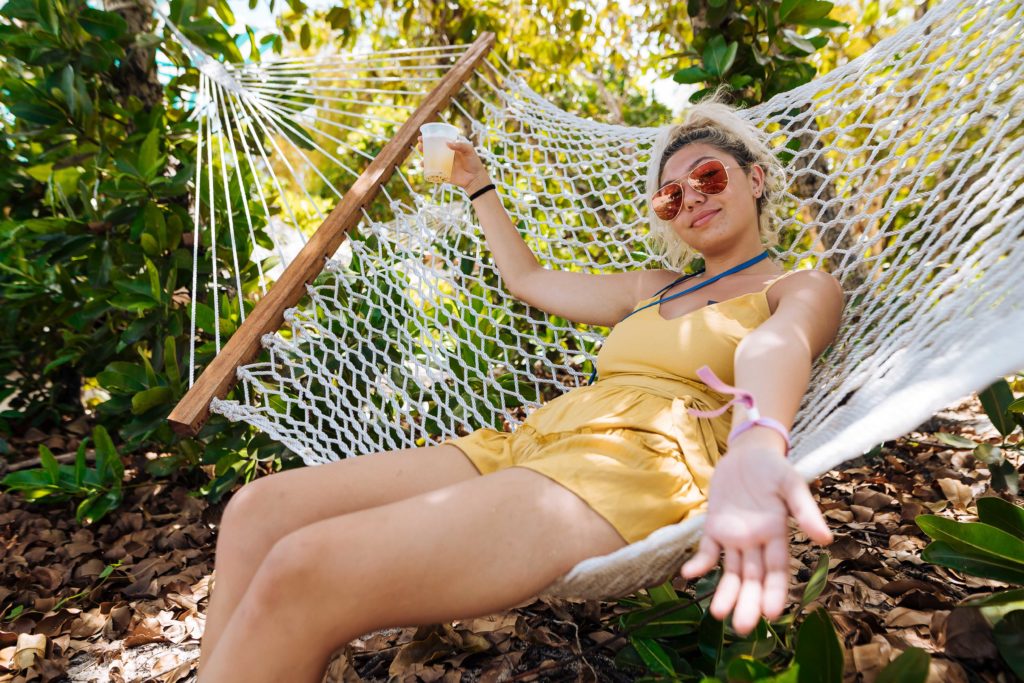 Destination Festivals have taken off in the US in a big way in recent years. This year Your Paradise has expanded its flight packages to LAX where previously there were only flights offered from Australia. What do you think is the appeal of holding a festival at a resort on an island vs on a cruise ship or at a stateside amphitheater?

Ignacio:
It’s hard to compare, I like to think Your Paradise has its own unique offering, it has its own character and identity. For us, it’s important that our guests have the freedom to curate their own experience.

I remember the first time I heard of Your Paradise. I was watching a video clip of Justin Martin and Skrillex jumping off a boat into the bluest waters I had ever seen. My first thought was: OMG I wish I was there. And my second was: I would never fit in if I was. While those thoughts are definitely based more on my own insecurities than what the festival stands for I think it’s reasonable to assume I’m not the only one who would feel a barrier to these extravagant, intimate, events; whether it’s an economic barrier or the anxiety of not fitting in. Do you have any advice for anyone who feels like they want to go to Your Paradise but feel held back in any kind of way from doing it?

Hadi J:
I’d say If you love music and like to travel then Your Paradise is for you. We have payment plans help on the affordability front. People from all walks of life, careers and cultures attend, guests are much more united by their love for music and adventure than a chance to flaunt on social media. In fact, we discourage the use of social media and wifi at the event. 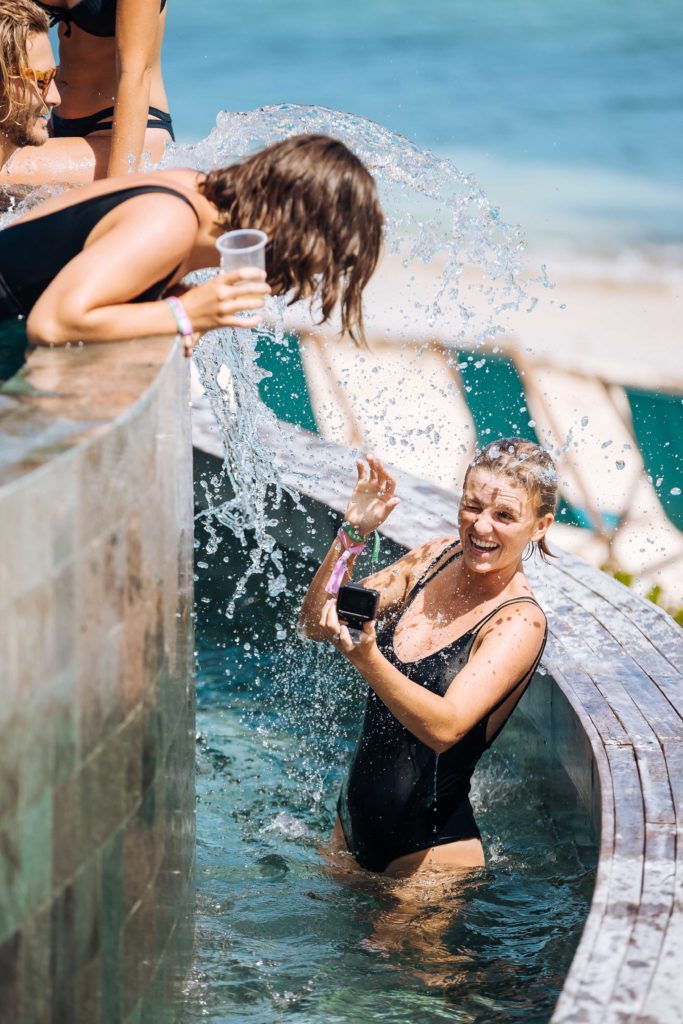 Can you tell me your favorite new thing that is going on this year as well as your favorite tradition that has survived from the very first year you held the festival?

Ignacio:
We are collaborating with the likes of Anjunadeep and Night Bass this year, and The Blaze performing is something we’re very excited about. Somewhat of a tradition is What So Not’s Fiji One performances, he is someone who has supported the event for many years and we love having him.

Is there any one memory you have that sums up what you believe Your Paradise is about?

Hadi J:
Special is a word that gets tossed around quite a bit, but for those who have been to the event, it is often how they describe it. Personally, FISHER playing back to back with Patrick Topping to 30 guests in a tiny after-hours stage last year highlighted how special Your Paradise is.

The 2019 edition of Your Paradise Fiji will run from December 6th-12th, but with only 600 attendees space at the resort is very limited. Visit the event website for information on any remaining packages for 2019.