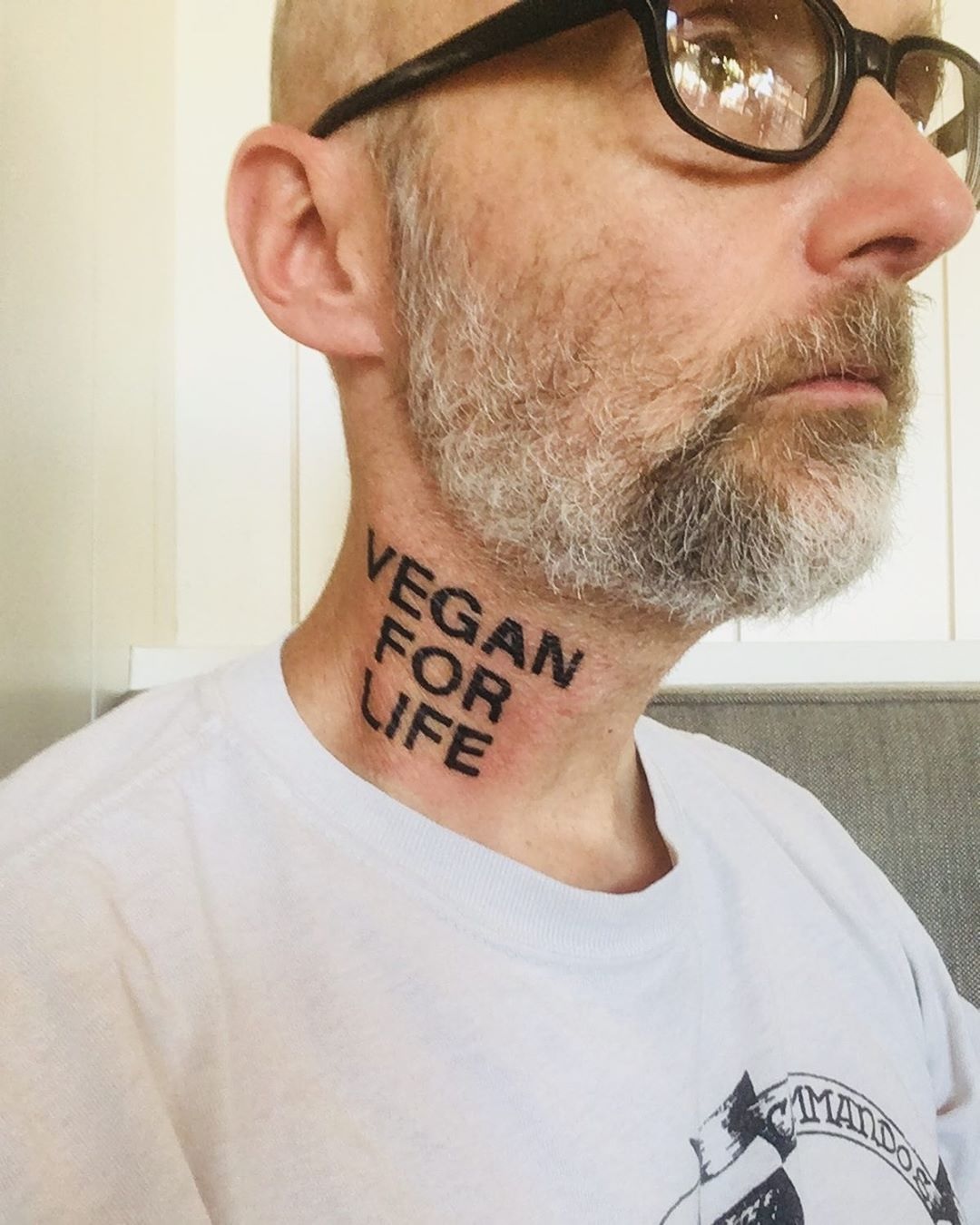 Moby is wearing his commitment to veganism on his sleeves.

Quite literally, as he now has a boldly stated “ANIMAL RIGHTS” tattoo running down each of his arms in block letters. He also has “VEGAN FOR LIFE” tattooed on his neck from a previous session.

As November is my 32 year vegan anniversary i thought i’d get a tattoo (well, technically 12 tattoos) to celebrate. I’m a vegan animal rights activist for many reasons, but ultimately because i believe at the core of my being that every animal has the right to live their own life, according to their own will. Thanks @thekatvond Highvoltagetattoo #veganforlife #animalrights

Famed tattoo artist Kat Von D did the work. She’s known for starring in TLC’s reality television show LA Ink and being engaged to Deadmau5 (they broke up in 2013).

Moby is for the animals! See below.

As November is my 32 year vegan anniversary i thought i’d get a tattoo (well, technically 12 tattoos) to celebrate. I’m…