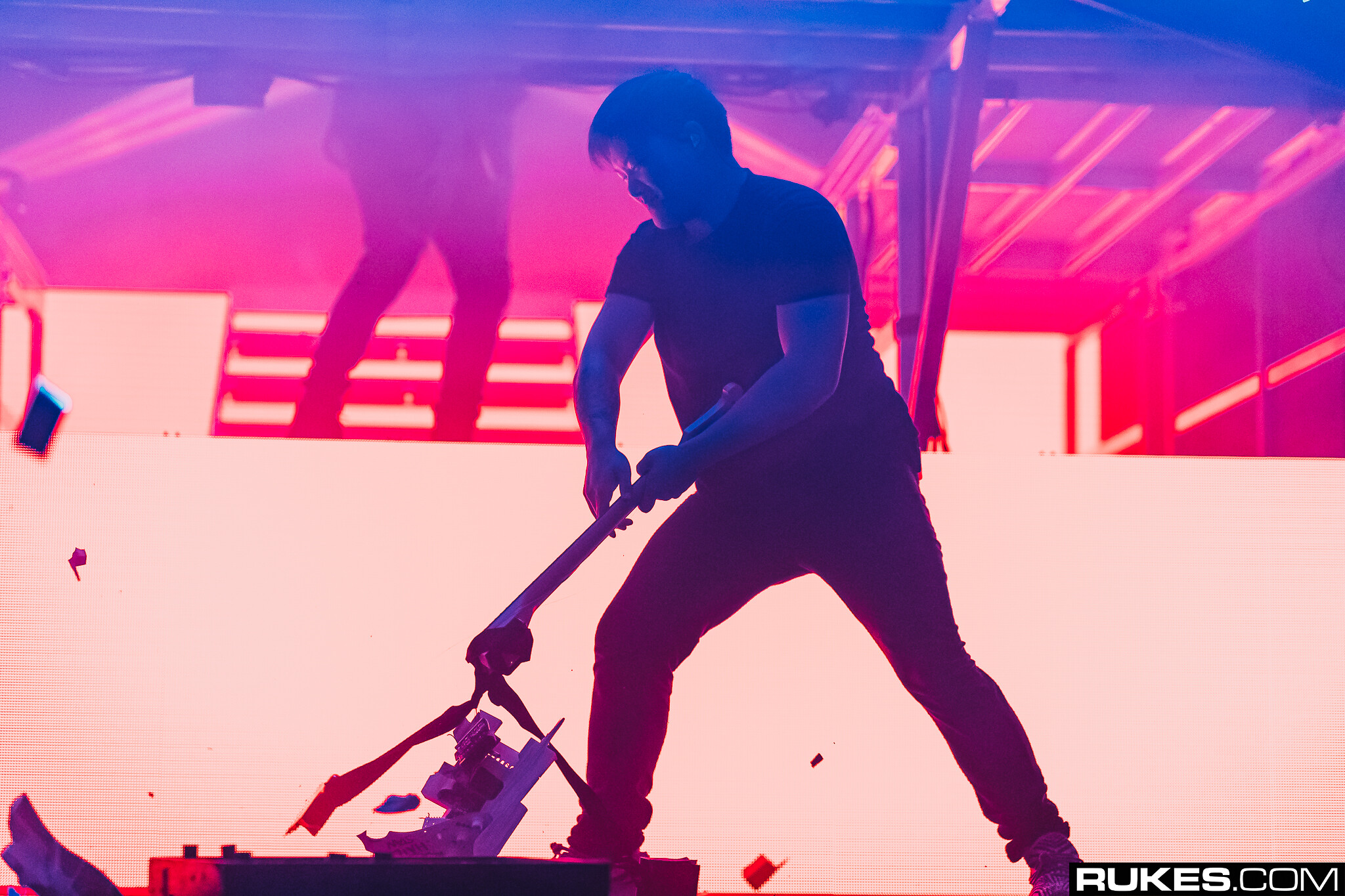 Dabin Responds To Fans After Backlash Over Guitar Smashing

Dabin has been smashing guitars on Illenium‘s Ascend Tour, rockstar style — but after receiving some backlash from fans about it, he’s hoping to clear the air.

An epic slow motion video from tour surfaced on Reddit over the weekend (see below), which captures that moment when Dabin smashes a guitar on stage. Some fans called him out on the thread, with comments like, “I don’t understand why they have to break a guitar,” and “just give it to a fan.”

Dabin has since responded, explaining it’s not his show and he wants to follow through with Illenium’s vision. He hopes the guitar smashing makes for an even more memorable concert experience.

He goes on to explain the smashed guitars, like the one in the video, are not performance guitars. They also plan on doing a guitar giveaway at the end of the tour. In addition, Dabin is always looking for ways to give back.

Just woke up to a ton of messages because of this. Let me clarify a few things. I’m not smashing the guitars that I use to perform with. We are given these guitars at every show for the sole purpose of smashing via either people donating them to be smashed, or a runner going out and finding one. It’s also not my show. I’m just a part in Nicks performance and if his performance includes me smashing a guitar, I will oblige because it’s what he wants in his show. If you’ve ever seen my own show, you know I’m not out here smashing my guitars. The stages where we smash guitars are often far enough from the crowd that it wouldn’t pose a threat to any of the concert goers but if anyone feels that they’ve ever felt endangered by this please message me and I will bring up these concerns with his team. Lastly, I did my fair share of donating to local arts programs before I left Canada because I believe in giving back to the environment that raised and shaped me. I try to give back as much as I can but don’t feel the need to boast about it on social media but felt I’d bring it up here since people think I’m being wasteful and disrespectful. Also planned on doing a guitar giveaway at the end of this tour. So I’m sorry if this offended anyone, but again this isn’t my show. Just trying to put on a memorable show for people and hope anyone who’s been to one of our shows had a fun time!

Dabin destroys his guitar in slow motion in Dallas from EDM