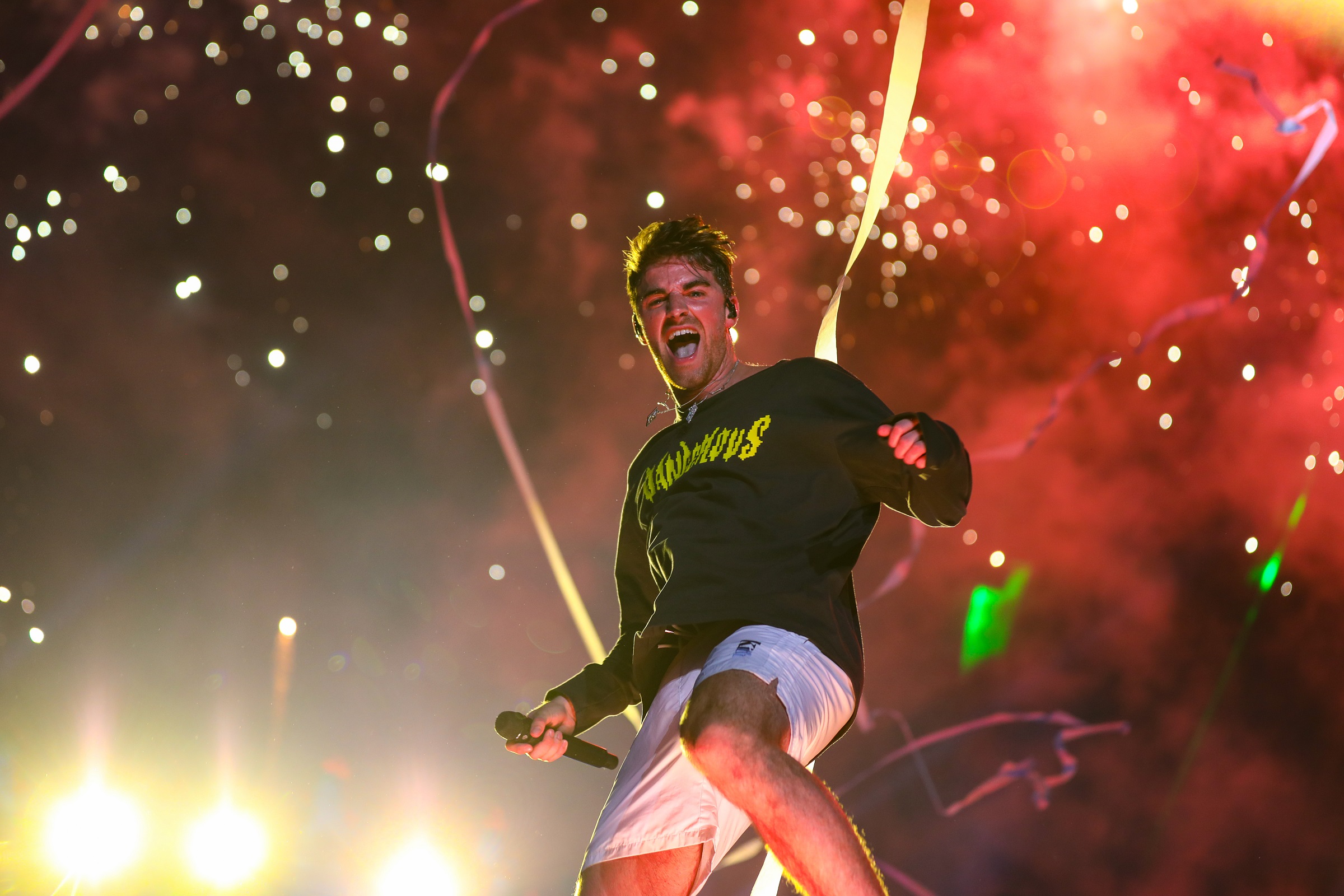 The Chainsmokers brought their World War Joy tour to The Forum in Los Angeles last night for an exciting hometown show. Throughout their 105-minute set, the trio set their crazy stage (shout out Production Club for the design) ablaze — literally — with untamed energy.

Toward the beginning of their set, Drew told the crowd they had some surprises in store. Sure enough, a little less than an hour in, they turned toward the stage and announced a special guest: blink-182!

“P.S. I Hope You’re Happy” is a song they’ve been playing on the tour so far, but as of last night, the two groups had never actually played it together on stage before. It features vocals from both The Chainsmokers’ Drew Taggart and blink-182’s Mark Hoppus, and both Matt McGuire and Travis Barker played the drums live at the show.

Drew also announced their new album would be out next week, so look forward to hearing World War Joy before the year is through! Check out a clip from the live performance below.

New album from @TheChainsmokers out next week, including this collab with @blink182 !!!! pic.twitter.com/3uUYA8hsIa