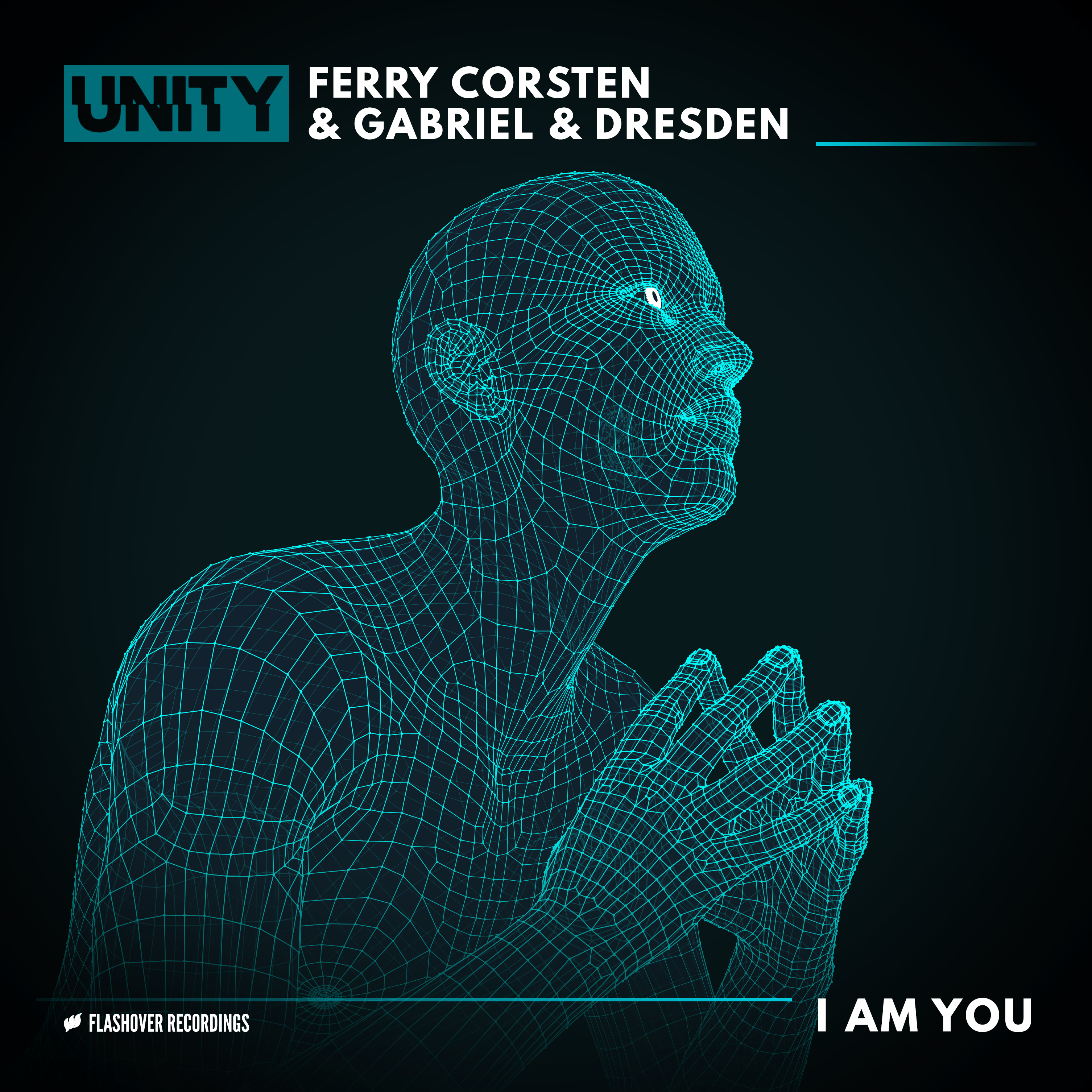 Dutch trance legend Ferry Corsten continues his era of UNITY, this time enlisting American trance pioneers Gabriel & Dresden for the latest collaboration in the series “I Am You.” The new track is a straight jolt of old school rave vibes and is definitely different from the progressive trance we’re used to from Ferry. However, that’s the point of UNITY, to take in all the different offshoots of trance and combine them into a cohesive sound.

“I Am You” hearkens back to the way old-school, opening with a buzzing synth. As G&D explain, it’s actually from a Roland JP-8000 synthesizer, so you hear that vintage sound. The drumbeat in the background is weirdly hypnotic and the vocoded robotic-sounding vocals give the song a weird and ethereal vibe. As the beat pauses, the vocoder states, “Open your eyes to what could be.” From there we get a musical interlude with more of those buzzing low-end synths set against a sort of breakbeat. Here’s where we get more of the traditional Ferry sounds, with layered synths and piano melodies building up giving the track a more cinematic vibe. The drop seems to favor after hours more than peak festival hours with its slower, yet hypnotic BPM. There’s a melody, but it’s subtle; instead of flying through space, it feels like your ship is slowly running out of fuel and your about to crash land.

Here’s what Ferry and G&D had to say about coming together for “I Am You.”

“Gabriel & Dresden and myself have been working on this track for over a year now, and I’m really happy with the result! I never thought a collaboration between us would end up being such a driving, industrial track, so it was a very fun project to work on!” – Ferry Corsten

“The word ‘legend’ gets thrown around a lot today. We see folks calling artists who have only been around a few years ‘legends’ on the daily. But, Ferry Corsten is different. He is the one who invented the blueprint for the modern trance sound, so to be able to work with him on a song, using the same exact synthesizer he used to make many of his classics (Roland JP-8000) was truly a dream come true for us. We wanted to celebrate with this song the massive influence Ferry has had on not only us but so many of our peers too.” – Gabriel & Dresden

Check out Ferry Corsten & Gabriel & Dresden’s new single “I Am You,” the latest addition to Ferry Corsten’s UNITY series, out now on Flashover.