With the city of Chicago lifting all restrictions as of June 11th, it wasn’t long before we began to see the flood gates of shows open up.

Smartbar, one of the cities premier house and techno clubs, made its return known with its surprise lineup drop at the start of this week. Tickets went on sale the moment they made the post, and it was no surprise that tall six events sold out almost immediately. Fans clamored at the hopes of getting to step foot back into this music mecca. I mean, who wouldn’t with artists like Honey Dijon, DJ Heather, Octa Octa, Eris Drew, Derrick Carter, and Michael Serafini rounding out the nights over the next two weeks. 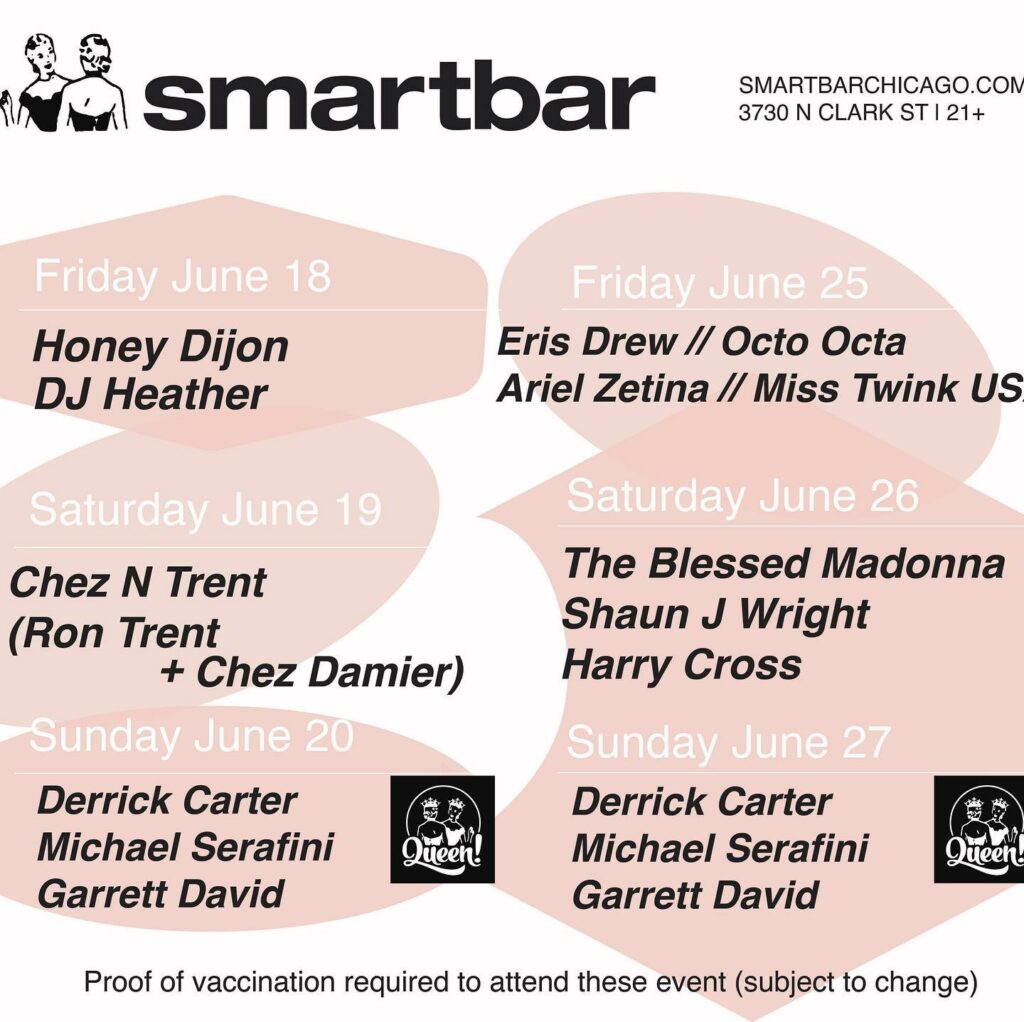 This announcement came only hours after Lollapalooza released more than 50 afterparties for its festival weekend at the end of July. This city is in for one hell of a summer back, and no one does it quite like Chicago.