BREAKING: Mixed Up Shut Down After Reported Casualties (Update: Up To 100 Hospitalized)

The Halloween-themed Refune-hosted event at the Nassau Coliseum has been shut down due to increased violence and underage intoxication. There have been several accounts of over 30 individuals seriously injured due to a large fight at the location. While still unconfirmed, there have been reports of possible deaths at the venue. We will update you as we learn more about this tragedy.

All Mixed Up is an event at two separate locations, Nassau Coliseum and Pier 94, hosted by Refune records, Sebastian Ingrosso, Alesso and Otto Knows. This was the first ever electronic dance music event at  Nassau Coliseum. We have been told that Pier 94 is still going according to plan.

We cannot stress enough how important your safety and that of those around you is at these events. These moments are about spreading your love of the music and sharing a positive experience with your friends and fellow EDM lovers.

Update: We are receiving confirmation that the reason for closure was due to heavy underage drinking and the subsequent passing out of some of attendants. The event was 16+ and served alcohol, making the appropriation and consumption of alcohol by minors easier. Over 40 ambulances were spotted at the venue, be safe.

Update 2: As of now we have received confirmation that around 100 individuals have been hospitalized as a result of alcohol or drug intoxication. There have been no official reports concerning the possible fatalities that were rumored earlier. There have been accounts of the arrest of helicopter pilot Michael Croissant, who attempted to land among the crowd as attendees were trying to leave the venue, putting many individuals in harms way. This tragedy is the apparent result of a lack of security, preparation and overall care of all the attendees’ health and safety.

Ambulances and police cars at the location: 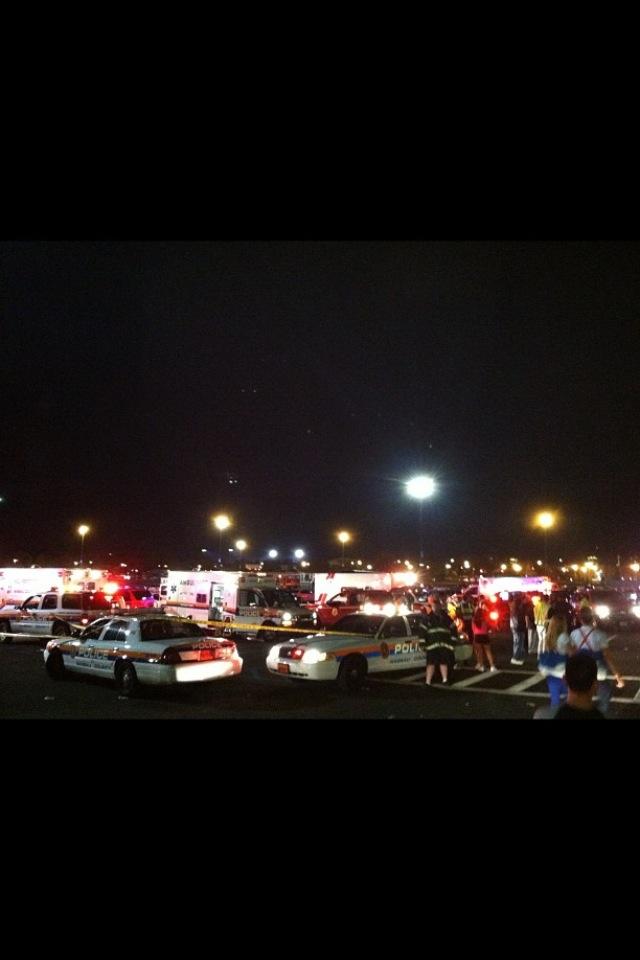