On February 19th. The Oncenter in Syracuse, NY was blown away by the magnificent Club Life College Invasion Tour. After being rescheduled from its original date in October, anticipation was at its boiling point; you could feel it as soon as you walked in. People from all over the state poured in with their fur boots, neon attire, and masks, ready to dance. The scene was unreal, but was only a start to what would become a unforgettable night.

It all started with the the boisterous Quintino, who played a solid set featuring hits like Hardwell‘s “Three Triangles” and even his latest banger,”Jackpot“. From his opening song, he had people going crazy, and it was only 8 P.M! Then, halfway through, he dropped Clockwork‘s mashup between Daft Punk and Loops of Fury “Be Aerodynamic” and all hell broke loose. He had the entire crowd behind him, it was amazing. From there on, Quintino finished up his set with his platinum smash, “Epic” along with another riling Daft Punk appearance, mashing up Technologic; it was definitely one of the best “opening” acts I’ve seen so far. Quintino did a fantastic job on the decks and just as he was finishing, the one and only Tommy Trash stepped on stage. 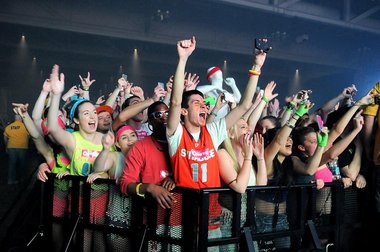 As soon as everyone saw his face, the place erupted. In response, “Reload” began. The song itself is amazing, but on those speakers, it was mind-blowing. He continued with hits like “Sunrise (Won’t Get Lost)”, Nervo and Hook N Sling‘s, “Reason“, as well as the unforgettable “Miniman” from Firebeatz. It only got better as Truffle Pig shuffled its way in and kept people jumping the entire time. I couldn’t have asked for a better performance from Trash because by the time his set ended, the whole crowd was roaring. And then….

TIESTO. It became dark instantaneously, while a screen began a thrilling video to introduce the Club Life experience. The anticipation was bursting at the seam and nobody could wait to see the man himself step foot on stage. As the screen began a countdown, the crowd got louder and louder, screaming for Tiesto until the clock hit zero, and the venue erupted with “Chasing Summers“! It merged into the frenetic 2012 favorite, “We Own The Night” as laser beams and smoke exploded from the stage. That was just the start. Energy continued to build as he featured his remixes to Passion Pit‘s “Carried Away” and Zedd‘s “Clarity” which were met with a huge reaction. However, when “Dear New York” appeared, the place went crazy with jumping, screaming as the bass roared. 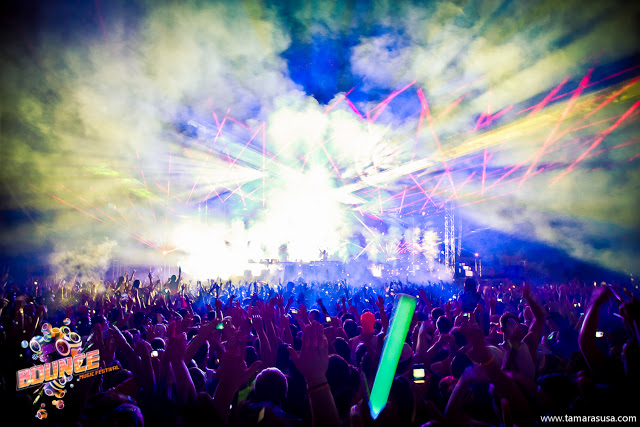 The set was spectacular, full of massive hits and some special unreleased songs. One of the most prominent cuts was the electrifying single from Jacob Plant, “Shakedown“, as well as an amazing trap remix of “Make Some Noise“, and a surprising appearance of Porter Robinson‘s beautiful gem, “Language“. Along with this, Tiesto‘s light show and visuals made this night a truly unforgettable experience. It drew us in and made us feel like a integral part of this magnificent show. The visuals added an extra spark to the show because they seemed to fit the exact emotion each song carried, making the concert more than just about the music.

What stuck out most to me was that Tiesto made a effort to remain intact with the crowd. He pumped everyone up midway through the set, and at the end, he took time to thank everyone, and even threw a few things out into the crowd. Being the legend that he is and the influence he has had on Dance music, hearing him thank everyone, thanking me, for supporting him, meant the world to me. It’s not something you see at every show and I know this is something I will never forget for the rest of my life.

Be sure to catch the next show at a venue near you! The dates are listed below: 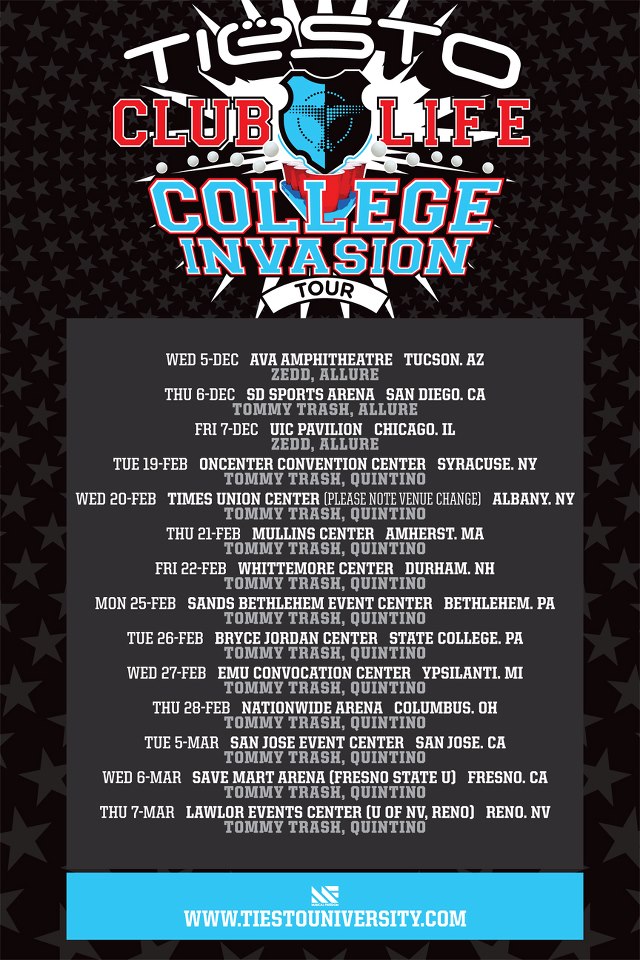