Random Access Memories is less than a month away from being released and it seems a music video is in the works for their already released single, Get Lucky. The video was filmed last month in Los Angeles according to Nile Rodgers. He also recalls that some of the dancers in the video were a bit confused at the music they were listening to:

“Somebody called out, ‘Wow, what kind of music is that?’…I didn’t hesitate, I said, ‘disco!’ And they all screamed back, ‘Yeah!’. It was like they’d found something mythical that they’d heard about but didn’t know. There was an organic connection between the kids and the music. At the end they were literally weeping. I’ve seen those moments. I’ve been that guy – and it was for real.”

The video was filmed at Griffith Park, near the “Hollywood” sign. Check out this picture from the shoot: 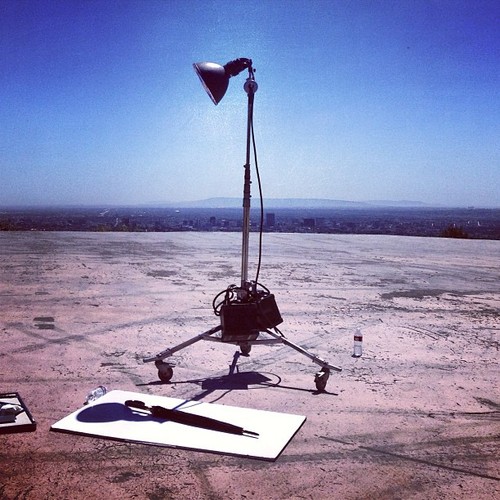