If you told Jai Sephora eight years ago that he would be playing EDC Vegas in 2013, he probably would have looked at you cross-eyed. Not that EDC wasn’t on his radar or something he dreamed about, but most 17-year-olds just starting out in the industry would be thrilled to land a local club gig maybe even a local festival let alone one of the most famed EDM festivals in the entire world.

Just three weeks ago, Jai had the honor of playing the Wide Awake Art Car at EDC Chicago under the name of his new project, Animale. One of five Discovery Project winners for the weekend, Jai beat out hundreds of applicants from across the globe. Their assignment was twofold. 1) Submit a track using a remix pack of a Bad Boy Bill record 2) Submit their own 30-minute set. Then sit back and wait.

“Animale is a newer project. I’ve been DJ’ing as Jai Sephora, but the name was compromised…I was playing sets where I didn’t like what I was playing and it was just for the paycheck. I wanted something that was my child…that I was going to raise and grow and it would become my global DJ name. And recently it’s been getting buzz especially because of the Discovery Project. Nowadays, it’s really tough to breakthrough. There are a lot of guys with a lot more funding, so I was so stoked when I won that contest. You should have seen the dance I was doing.”

Not only did Jai have the opportunity to play the Art Car on Saturday at EDC Chicago, he was able to fill in for a spot that opened up last minute on the Kinetic Field stage on Friday. And as if the rave gods haven’t already been on his side this year, Sirius Radio just so happened to broadcast his quick 15-minute set, causing it to get picked up and shared across the web.

“I walked up there and it was the coolest feeling ever. You dream about walking up the stairs and talking to the stage manager, and he’s like ‘You’re on in 5.’ It’s so crazy that even happened. Sirius gave me an announcement and within the first two days my set was on all of these blogs as one of the top 10 most played sets of the weekend…up there with guys like Gabriel & Dresden. It shows that people appreciate that you can play…it legitimizes you.”

The Discovery Project is a passion project for Insomniac and something they take very seriously. Aside from the honor of playing at EDC, winners are able to build up their contact lists, get noticed and network with industry power players. And it works. gLAdiator, one of the 2012 EDC Discovery Project winners, is on the lineup to play Tomorrowland this July. Jai impressed the Insomniac team so much in Chicago that he was invited to play at the Art Car in Vegas this upcoming weekend.

“The Discovery Project was a really big honor. It’s the best thing in the whole world, especially for someone like me who’s been doing this for years. People thought I was weird for listening to EDM. Getting an opportunity to play at one of the biggest festivals in the world and work for a company like Insomniac is a huge honor.” 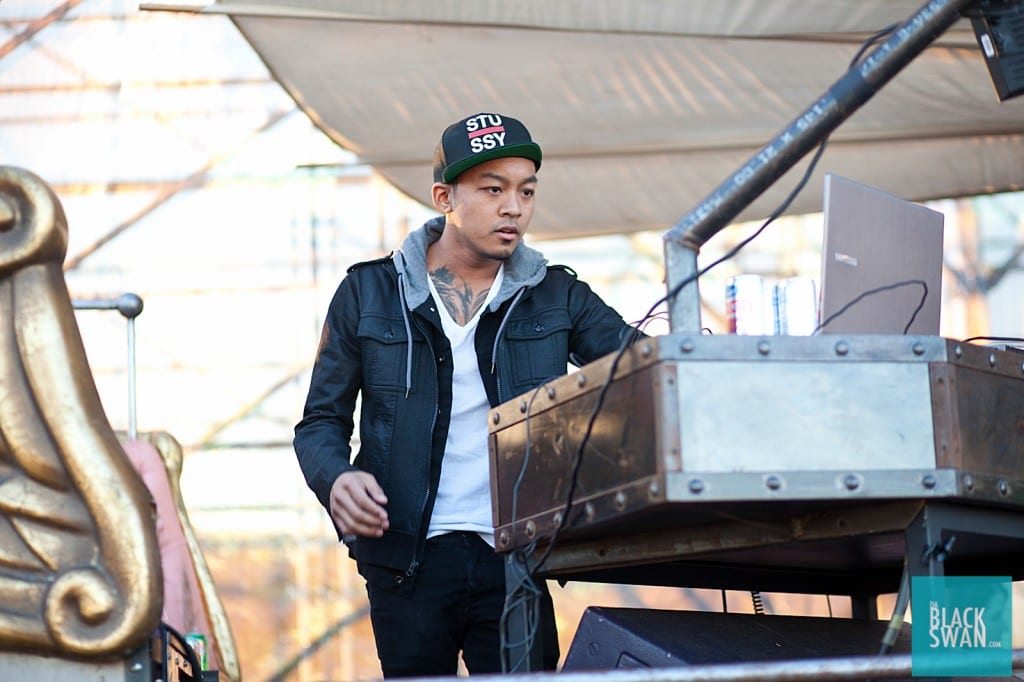 It’s been quite a ride from the days of playing teen clubs in the suburbs of Chicago to playing the mecca of the EDM world.

“I’ve been in love with music my entire life. I got into DJ’ing when I was 17…I was already a fan of EDM, and I heard this track in a friend’s car. It was ‘Yeah Yeah’ by Luciana. And I was like, ‘Dude, this is so sick.’ I picked up a laptop and installed Ableton Live and taught myself how to make music by trying to recreate the sounds other people were making. My dad died in a car accident when I was 17 and I kind of used it as therapy. I would play in my basement by myself for hours.”

While Jai has been in the industry for over eight years playing under his own name, Animale is a much newer project and one he takes very seriously.

“The Animale message is to focus on the music and less on the stupid stuff. There are all of these petty arguments these days between DJs – underground versus mainstream – they’re always talking shit about each other. It’s a warzone. I’m someone who was raised in Chicago where I get to go see Ferry Corsten and Mark Farina and SHM all in the same night, and I enjoy all of it. I’m not just prone to one genre. With Animale, I’m trying to spread this message to get back to what’s really important. And that’s having a good time and enjoying the music. That’s what you need to focus on.”

For those of you making the pilgrimage to Vegas this weekend, I dare you to peel yourself away from the mainstage for an hour and come check out Animale.

“I’m trying to create moments. At EDC Chicago, I climbed up on the ship on the Art Car and told everyone to bust out their phones and wave them in the air. And we had this little moment together. Look at Kaskade. When he’s playing really well, people will be hugging each other and crying, guys will be high fiving each other and that’s what it’s about. It’s about creating these moments that can last forever.”

I couldn’t have said it better myself.