Over the past few years, electro house has seen a meteoric rise in the dance music scene.  There’s just something about pounding kicks, distorted leads, and a heavy bassline that moves floors around the world.  Modern electro house icons like Wolfgang Gartner, Dada Life, and Felguk have all made their respective marks on the scene.  But like with any musical genre, eventually there comes a new breed of artist that rewrites trends and, consequently, carves out a unique sound that sets them apart from their peers.   Without question, Joe Garston is this new breed–the leader of the new school in electro house, boldly charting his own path through the genre and making his presence known with every track he creates.

This 21 year-old rising star from Liverpool, UK, has put his name on the map with his authentic production technique and tremendous releases.  Signed to famed label Plasmapool, Joe has been responsible for such monumental releases as “Forever,” “Top Of The World,” and most recently, “Love Is All We Got.”  With a melodically-focused sound, Joe Garston isn’t content to call it a day after merely cobbling together a bass, kick, and snare.  Contained within every track is a meticulous attention to harmony and melody, where chord progressions and bright leads add to the already-energetic arrangements.  The result is almost always one-of-a-kind.

“I just love melodies,” Joe says when asked what elements he puts in his track. “[I love] how one melody can evoke different emotions and reactions to different listeners.  For example, I can have people tell me one track will make them ready to party and make them feel energetic, yet somebody else will tell me the same track makes them cry!”  Though the reception of his productions is often subjective, his quest is always to find something universal for listeners to draw on when playing his tracks. “I try to create something that is happy-sounding, catchy, and has an emotional attachment–yet [something that] you won’t get bored listening to…When people tell me they are humming or whistling the melody from one of my tracks, I feel I’ve accomplished what I set out to do with the track.”

Joe Garston’s rise didn’t just come out of nowhere.  He says it’s hard to pinpoint when exactly he first encountered the house music scene. “I was around 13, 14 years old and the Creamfields festival was a stones throw away from my house,” he relays to me.  “Just hearing and soaking up the atmosphere at an early age got me so interested.  I began listening to a lot of dance music at that time, including stuff from The Chemical Brothers, Daft Punk and tons of Happy Hardcore type music which was popular at the time.”  Not just content to listen to the music, young Joe also got involved in making music himself.  He started out with live instruments, taking piano lessons at an early age.  “It was a lot of fun,” he says, “but then I guess I got kind of bored and lost interest.”  Fortunately for us, this dissatisfaction with music making didn’t last very long.

Soon enough, Joe was drawn into the world of production.  “It wasn’t until many years later when I was around 14 or 15, that I started playing around on the piano again,” he recounts.  “This was around the same time I had started to learn to DJ with some Numark CD players.”  Around this time, Joe was introduced to a program called “Fruity Loops 6,” which got him started in digital music production.  Rather than creating original music, he says, “I was trying to recreate music I loved (very badly as well)…but eventually I began creating original projects, playing around with a lot of genres, and testing out tons of plugins [with my software].”  This experimental phase proved to be just the beginning of Joe Garston’s production expertise.

Today, Joe is still using Fruity Loops (now FL Studio, Version 9) to make his tracks, while his favorite plugin is undoubtedly LennarDigital’s Sylenth1.  “Most of my leads and basslines are created with it,” he says.  “I have a ton of presets I have made over the years in there. Whenever I create a melody in the piano roll, I always open Sylenth1 first and flick through some of my presets–tweaking them untill it fits that particular melody.  Or I’ll just create a whole new sound within Sylenth1, which is a lot of fun playing with its filters and effects.”  After talking about some of these plug-ins, the conversation then shifts to the topic of electro house as a whole, and how Joe views this robust, yet often-misunderstood genre.

I ask him how the average electro house producer can ensure his tracks stand out from the crowd, and his answer is very candid.  “I think a lot of electro house producers are seeing what is popular in the top 100 or whatever,” he says, “and trying to mimic that particular sound. It’s hard to define what ‘electro house’ is these days…I get told my music should be in the ‘progressive house’ section [on Beatport] sometimes, because my tracks are melody-heavy rather than bass-heavy.”  This is particularly surprising, since despite the melodic and progressive elements he includes in his tracks, Joe Garston’s work is decidedly electro house.  But it seems some of the most talented artists have this problem–their work is so fresh and unique, that catalogers from music sites have trouble defining them, and thus are forced to pigeonhole them into a specific genre.

I then ask Joe how an artist can manage to stand out nowadays in such a competitive and saturated genre, and he is quite honest. “I feel a lot of producers are making music for DJs to play and rage to, rather than to sit and listen and enjoy,” he says.  “I think making something that you personally find cool is a good start, rather than trying to imitate a sound everybody else thinks is cool.”  This is pretty eye-opening advice, advice which Joe most likely followed himself as he began his upward rise into the electro house stratosphere.  A Joe Garston track is always one you want to “sit, listen to, and enjoy,” because it resonates with you on an emotional level  That’s one of the joys of music, of any genre.  And it’s one that Joe seems to prize greatly in his work.

Joe still lives and works in Liverpool, UK, so I ask him his impressions of the fabled city.  Famously known as the hometown of The Beatles, Liverpool has always had its own unique identity when it comes to music.  The Guinness Book of World Records has called Liverpool “the city of pop,” and nowadays, the “pop” music of choice is surely house music.  Venues like Circus Club and Nation add to the fabric of Liverpool’s vibrant house music scene.  When I ask Joe his impressions of Liverpool, though, he has a measured reaction.  “Liverpool will always have a great music scene,” he says, “in all types of music. I would definitely say that the scene is improving in terms of attracting DJs like Hardwell, Steve Aoki, Bingo Players, etc. to the clubs here.” Joe Garston recently played his first ever show in Liverpool a few months ago, and in his own words, “it was fun and [the audience] had a decent reaction to the music I played.  I still think it needs some time to grow on people here though.” 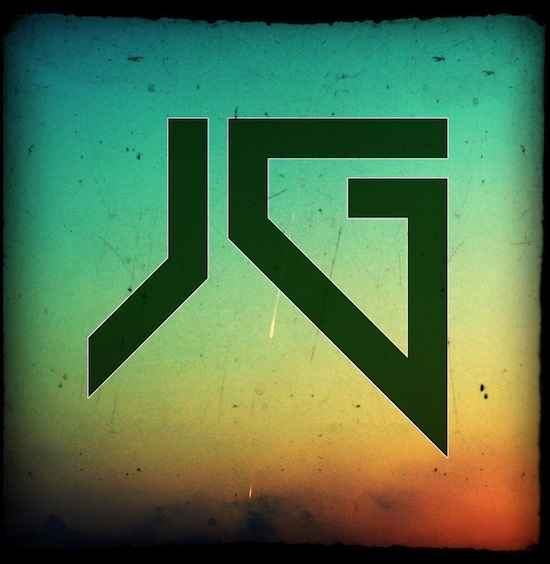 Nearing the end of our interview, I ask Joe his plans for the rest of 2013 and beyond.  Touring has been quiet recently, he says, although he “will be traveling to Australia for a show in Sydney” soon–a show that he is very excited about.  He floats the idea of him returning to the U.S. later in the year for another American tour, but right now that’s up in the air.  More exciting, though, is Joe’s announcement that a new single of his will be released next week off of Plasmapool.  “Then maybe an EP,” he says.  “We’ll see.  I’ll be working on some new tracks over the next few months.”  Every release of Joe Garston’s is an energetic, melodic treat–so consider me excited to see what he comes out with next.

More than anything–more than a DJ, a producer, a member of the electro house scene–Joe Garston is a music maker.  In a genre that all too often can devolve into overly-distorted basslines and artificially-inserted wobbles, Joe’s productions stand out from the rest of the electro community with a harmonious authenticity.  With each release, Joe is adding to his legacy and paving the way for other “new school” practitioners of the genre.  And with each chord progression and uplifting melody, he’s rewriting our perceptions and reinventing electro house.  Like the young man says, “I try to create something that is happy-sounding, catchy, and has emotional attachment.”  You really don’t need much more than that.