Famed trance artist ATB gears up for his live tour entitled ATB in Concert by releasing a third teaser delving further into what this tour will encompass. This time around he will have a full live band on stage to perform with him, with singers and performers from all over.

The show itself will be have ATB performing a DJ set and a 2 hour live concert with the full band. In the video he talks about how the people attending will get to experience unreleased songs off of his new album Contact that drops later this year.

ATB and the band will be making stops in San Francisco, Los Angeles, Chicago, and New York, so be sure to grab your tickets to be able to experience ATB in a totally different way than before.

As described on the website, this is what ATB in concert really is… 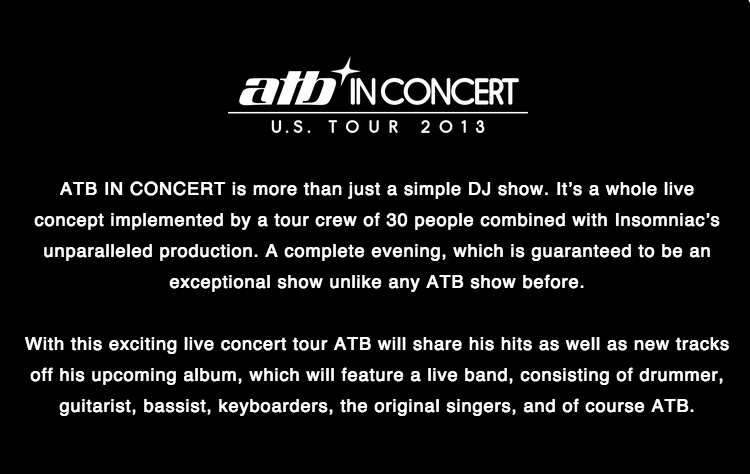 High Energy And Crazy Outfits; A Night With Savant