High Energy And Crazy Outfits; A Night With Savant

by Georgia Modi
in Events, Reviews

This past Saturday Chicago got the chance to experience the Norwegian DJ better known as Savant. When I found out I was covering the show I wasn’t really sure what to think, the venue it was at was small, not the best to photograph, and I swear the AC has got to be busted but nonetheless I was excited and interested. I had never seen Savant until this night, I didn’t know what to expect. But boy, was I surprised. 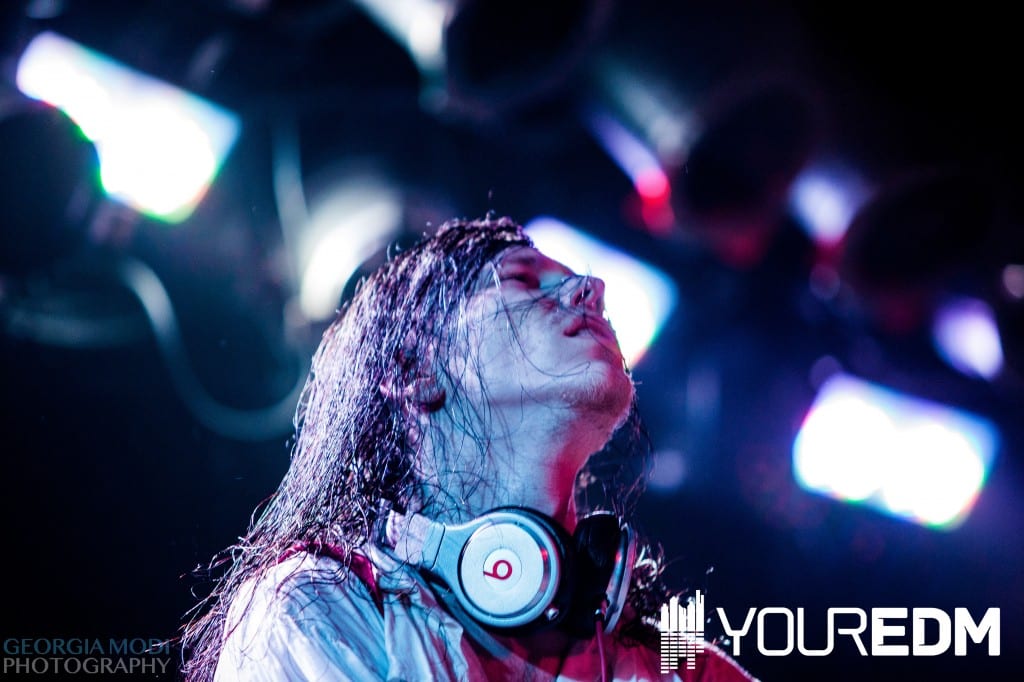 Even with a crowd who just barely filled the room and sweat dripping from every pore, Savant brought more energy to the stage than I’ve seen in such a long time. Just by the look on his face when he finally took his mask off you can tell that he loves what he’s doing.

He opened up the night with the snippet “America, fuck yeah” from the movie ‘Team America: World Police’ which brought a smile to myself because of the pure hilarity of it. Bringing that into his own song “Keep It Gangsta” and following up with the bootleg of “Don’t Hurt It” by Dev & Timbaland. One of the best parts had to have been being able to soak in at least 3 unreleased tracks that he dropped that night. 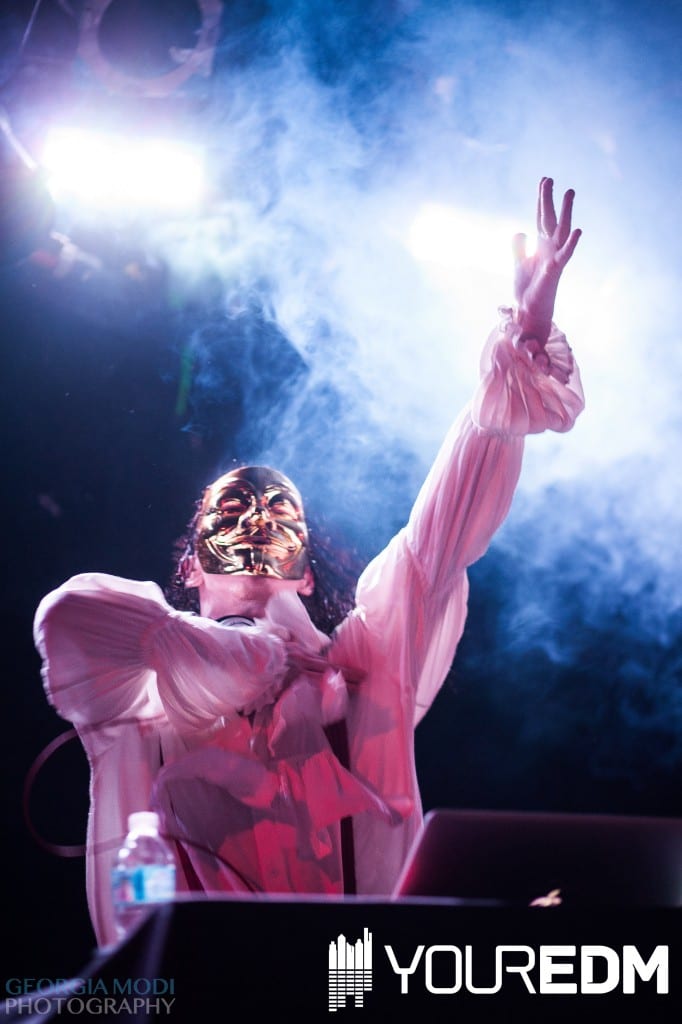 With the lack of a photo pit at this venue I had to weave my way through the crowd of dancing fools, who couldn’t seem to stop whipping their arms from side to side, all while trying to protect my camera from any sort of unexpected attack. I finally managed to make it front and center after some kind souls stepped out of my way to let me get a few shots in. By now he had already dived into his song “Ode To Joy” and for a second, I put my camera down just to listen and watch. This is when I really noticed the energy and effort he puts into what he’s doing and that really can just up the vibe of the whole night.

All in all, I give Savant’s show a big thumbs up. He’ll be wrapping up his current tour entitled “Alchemy Tour 2013” mostly in Canada, so if you’re lucky enough I’d snag some tickets to check it out or next time he comes around to you, don’t miss out.