A Closer Look Inside Escape From Wonderland 2013

by Your EDM Staff
in EDM News, Reviews

This past weekend over 40,000 headliners experienced the dark and eerie side of Alice’s world known as Escape from Wonderland, located at the San Manuel Amphitheater and Grounds. All the fans prepared themselves as they took that first step into the wicked world of Wonderland, never to be the same again.

Once you entered, you instantly felt the beat of the music running through your veins. Your eyes were drawn to the thrilling attractions and shimmering lights that looked like they were falling down from the sky. There were the twisted mazes you dared wish to enter, but had to beware what you were getting yourself into. Yet, this was just the beginning of the epic adventure into Alice’s world.

The festival included a total of 5 stages: Slaughter House, Ghoul’s Graveyard, The Chopping Block, Cannibal’s Tea Party, and Wide Awake Art Cart Discovery Project. Each artist sucked you into their spell with hypnotizing music. Walking from stage to stage, you experienced a complete change of scenery, which was like reading a different chapter of Alice’s wonderland, and the DJ being the author.

The production at each stage was incredible, from the sound speakers to the daunting yet striking art installations, theatrics, and LED lasers incorporated throughout the grounds. This brought the festival experience to life and to its fullest capacity. 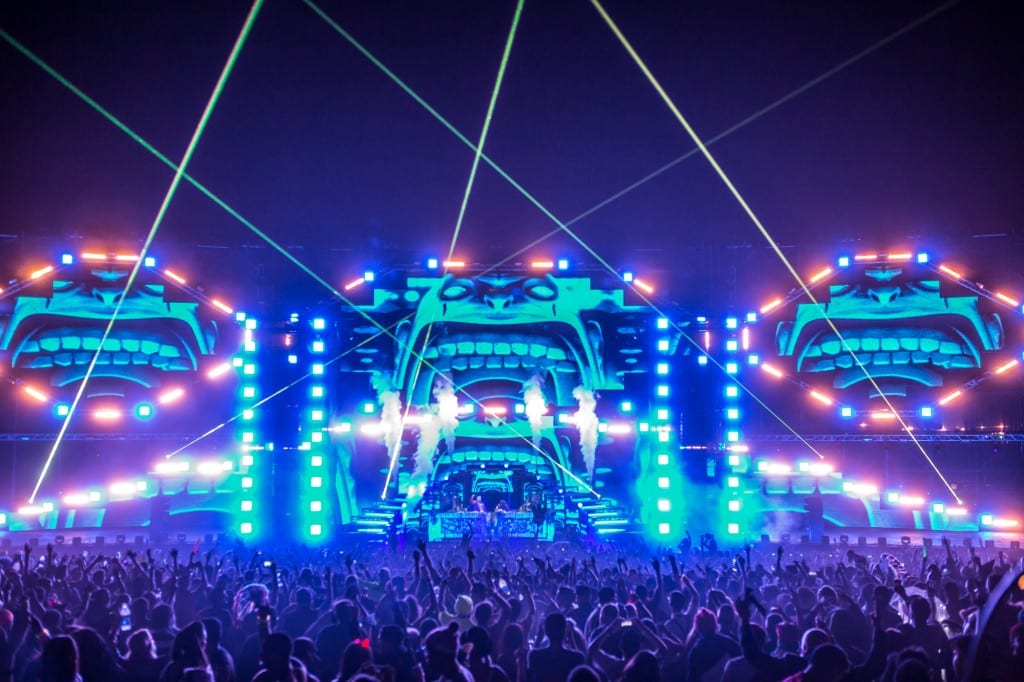 Now let’s talk about the music and some of the artists. This year’s lineup was overwhelmingly top notch, so much that it was a bit hard for me to decide which stage to go to. Richie Hawtin, Dubfire, Steve Angello, Mat Zo, and tons more rocked the stages that night.

As I first entered into wonderland, I took a stop at the Cannibal’s Tea Party to watch Guy Gerber, which was so amazing that words cannot even begin to describe the experience. It was an excellent way to start off the night, especially with his nice, deep house tunes and a welcoming crowd to accompany it.

Stilt walkers periodically crept up on me, which looked like tall sky scrapers, decked out in crazy attire. As I escaped my way through I knew I was heading close to The Chopping Block to see I See Monstas because of their intense and energetic bass, which felt like it was sinking deep into my bones the closer I got to the stage. 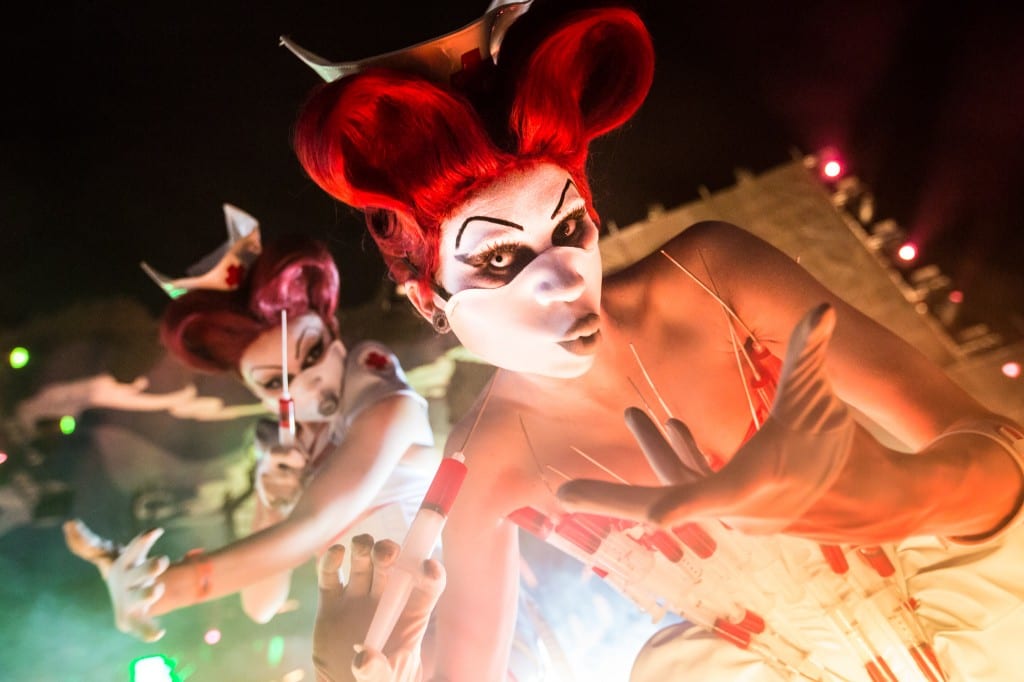 Of course I went to the Slaughter House to see the #1 DJ in the world, Hardwell, which was beyond packed. Hardwell dropped some insane beats from his recent #1 Beatport collaboration with MAKJ, ‘Countdown’, and even his Krewella mashup, ‘Live For The Spaceman.’ Yet, being that he is now the #1 DJ, he failed to impress me.

Next, I took a quick stop went to see Madeon. By the way, this young producer surprises me by how simply so talented he is. He killed it out there. I returned back to the Slaughter House and saw W&W.

Lastly, I ended off the night seeing Bassjackers, who played everything from hip-hop to the electro-duo, The Stafford Brothers, and even dropped Ken Loi’s mashup of Steve Aoki vs. Mr. Hudson, ‘Forever Ladi Dadi.’ I enjoyed the last few moments of my escape to wonderland with dirty beats that soothed my soul and looking at all of the creativity that surrounded me.

As creativity is an essential part to make these festivals come to life, Pasquale Rotella wrote a letter of acknowledgement on Facebook. He touched on the issues involving security and not letting some headliner’s bring in their costumes they have spent hours or even days creating.

“I’m so sorry to hear that several of you had issues with individual venue security guards and not allowing parts of your costumes into Escape on Saturday. Like you, I’m very upset about this.”

He continues with his letter here, and stated his understanding and disappointment of the matter. Most importantly, he emphasized how he wants to and will improve these issues in order to create an unforgettable experience for everyone. Knowing Pasquale and his credibility, he will definitely stick by his word.

Regardless of this slight issue, Escape From Wonderland was an incredible adventure that I will never forget.

What was your most thrilling and memorable moments at Escape From Wonderland? Share with us!