Ultra Releases Phase 1 of Lineup For 2014

by Tyler Trew
in EDM News, Events, Worth Sharing

Ultra Music Festival likes to take things next level and I think the lineup just from Phase 1 of the 2014 event would be enough to do that. Released today, the long list of names will satisfy all EDM fans with an expansive range of talents. Whether you like house, trap, big room, dubstep or moombahton they have you covered. They even threw in a few surprising names in there that will accompany the already announced live and DJ headliners of people like Armin Van Buuren, Above & Beyond and MGMT.

Phase 1 consists of 68 acts. Pete Tong, Adventure Club, Dillon Francis, Kill The Noise, GTA and Zomboy are just a handful of who you can expect to see this March in Miami. The two names I wasn’t really expecting to see were RiFF RAFF and Waka Flocka, but it makes sense due to their heavy connections to the dance music community. The full Phase 1 lineup can be found in the picture below. Phase 2 will be announced soon so be ready for even more people to be at one of the best music festivals of the year! 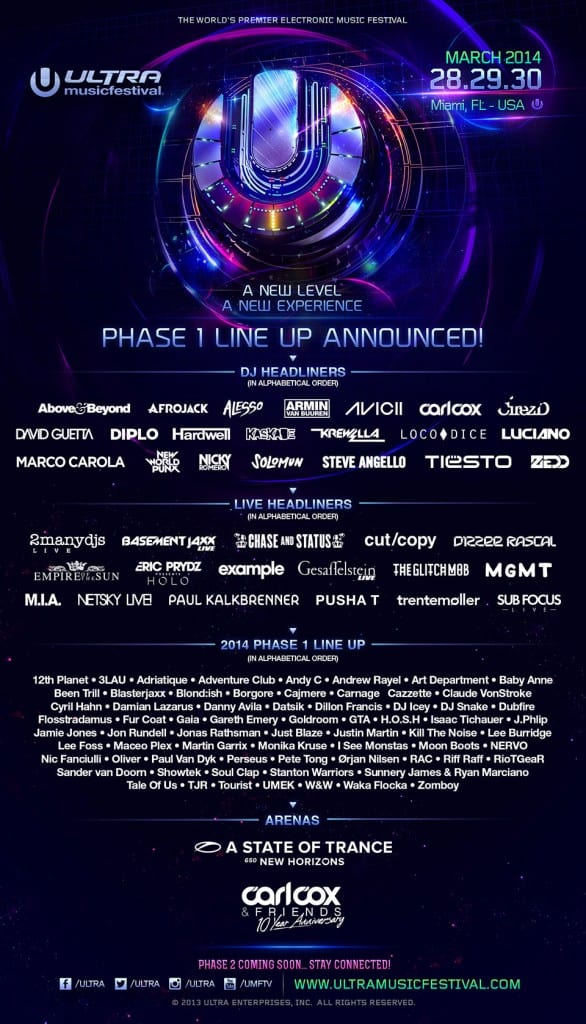