It is officially festival season, and Coachella followed suit of Ultra Music Festival announcing their lineup. The Indio two weekend festival is set to be joined by some incredible star talent including, Skrillex, Zedd, Disclosure, Calvin Harris, Martin Garrix, Adventure Club and many more. In addition to the EDM talent Coachella will joined by Outkast, Arcade Fire, Queens of the Stone Age, Lana Del Ray, NAS, and many more. This lineup showcases Coachella’s diversity when it comes to festivals in the United States. The festival will take place over two weekends, the first weekend is April 11-13 and the second weekend is April 18-20. Tickets have not gone on sale yet, check out their site for more information regarding ticket sales. In the meantime check out the full lineup and the  Coachella Go Far video below! 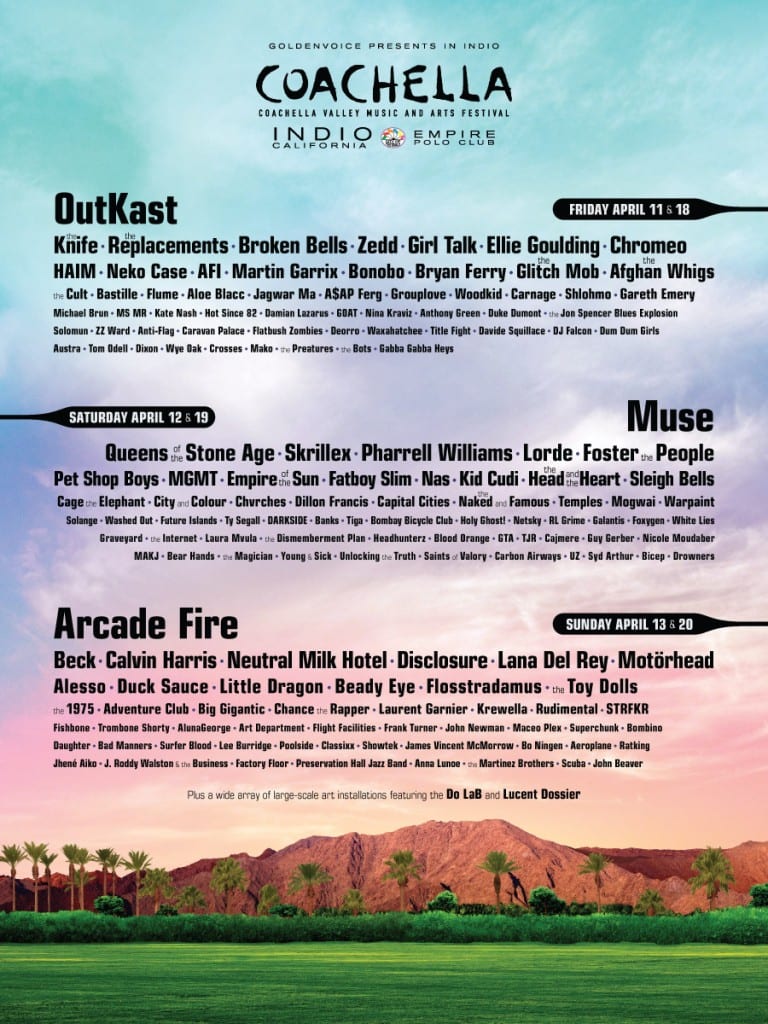