When you think about Deadmau5, fan appreciation isn’t typically he first thing that comes to mind. From calling some of his fans “lil fuckin weirdos that feel the dire need to come on here and proclaim to the deaf masses that whatever shit theyre into is somehow superior to others,” to lashing out at fans on twitter for being out of their element, Deadmau5 doesn’t exactly come off as appreciative of his fans. However, if you are indeed one of the people that follow him on social media, you’d know by now that he’s been having quite a bit of fun playing during his India tour, and he’s been quite vocal about his appreciation.

Before his performance in Bangalore a few days ago alongside R3hab, Joel spotted a few fans selling homemade Mau5 heads in exchange for tickets. So he decided to surprise the fans by buying a Mau5 head and giving them tickets anyways.

“Fans outside the show selling they’re homemade heads for ticks! I bought one, and got em tic anyway! Fuckin rad!”

Deadmau5 might come off as a bit short-tempered on social media every now and then, but once you get a glimpse of the “AFK” Mau5, you’ll realize that he’s quite the dude.

I have no words to describe the love in India. I don’t. 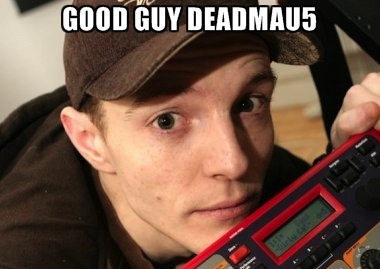