If you know 22-year-old DJ/producer, Nick Ledesma, then you know how rare it is for him to succumb to negativity.  You will always catch him with a smile on his face and will also find him preaching positivity on a regular basis.  However, some of you may not know the struggles he has overcome in life to put this smile on his face.  In high school, Ledesma notes that he was never the “popular” kid and really didn’t have many friends.  He was bullied often, and there were several rumors that spread around about him.  This caused him to experience a state of depression.

As he progressed into college (Cal Poly-Pomona), where he studies business-human resources, he realized it was time to create a new image.  Even though he still experienced rumors and gossip, he decided enough was enough.  He began to stand up for himself and did not let these hateful words disturb him any longer.  He wanted to focus on making people happy, bettering himself, and embracing his true self.

Music, especially electro/progressive-house, has been a strong influence on Ledesma’s new attitude and outlook.  Ledesma has been DJing for around five years and producing for three and a half years, but it is just recently that he really began to take it seriously.  Ledesma has spent his entire life in Los Angeles, the mecca of the dance music industry.  This has been both beneficial and a challenge.  While it is true that there are a lot of opportunities in the LA area, the market is extremely saturated and is hard to separate yourself from the rest.

From DJing at parties and bars in the area, to now opening at Sutra Nightclub in Orange County, California, Ledesma is beginning to find his way.  Despite the pressure to do well in this industry, Ledesma remains unnerved when he is performing onstage.  He focuses on his job – to set the mood for the night, and stays in the zone during his performance.  Since Ledesma is self-managed, he does everything he can to promote himself when not onstage: booking shows, establishing relationships with people in the industry, etc.

His inspiring story shows that anyone can experience true happiness and improve their situation.  While he is aware that he might just be a blip on the radar at this time, he has a voice and useful insight that he would like to share with fellow aspiring artists and industry employees.

1) Keep going – Do not EVER stop.  If you only put a little bit of effort into something, you’re never going to experience success.  Give your best effort at all times.

2) Produce your own music – Times have changed.  Several years ago, some DJs could make it by just spinning other people’s tracks, but as the industry has evolved, producing music has become essential.  Stick to your sound and stay true to yourself.

3) Promote yourself – Get your name out there as much as you can.  Don’t pester people (there’s a fine line), but don’t be afraid to let your brand be known to others. 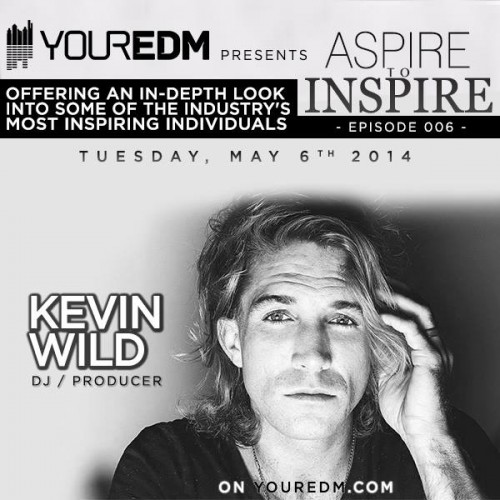 Avicii’s Back & Ready To Play!