The 2014 festival season has officially kicked into full gear and so has the sudden boom of grass roots festivals happening this season! Northern Nights Music Festival has announced the second phase of it’s second-year festivities, happening July 18th-20th at the Cook’s Valley Campground in the Mendocino/Humboldt county-line, and it is just right for your down-to-earth side of your scene-self.

Northern Nights demonstrates the main themes of sustainability and unity in community through it’s avid recycling and art programs. Portions of the proceeds from ticket sales and beverage sales go to the Mendocino and Humboldt school districts, non-profits and environmental groups from around the area. All of the production aspects, such as riggings, lighting, staging, and more are all provided from a good grip of SF Bay Area production companies and even tap many of Humboldt’s respected promoters, such as World Famous Productions. Having personally attended last years inaugural event, I can say Northern Nights has landed a spot on my Must Hit Summer Festivals of the Year.

Tickets for the 3-Day Camp-out festival start at $139, which is a killer deal for such a festival. Grab Your Tickets HERE and we will be seeing you in Humboldt this Summer! 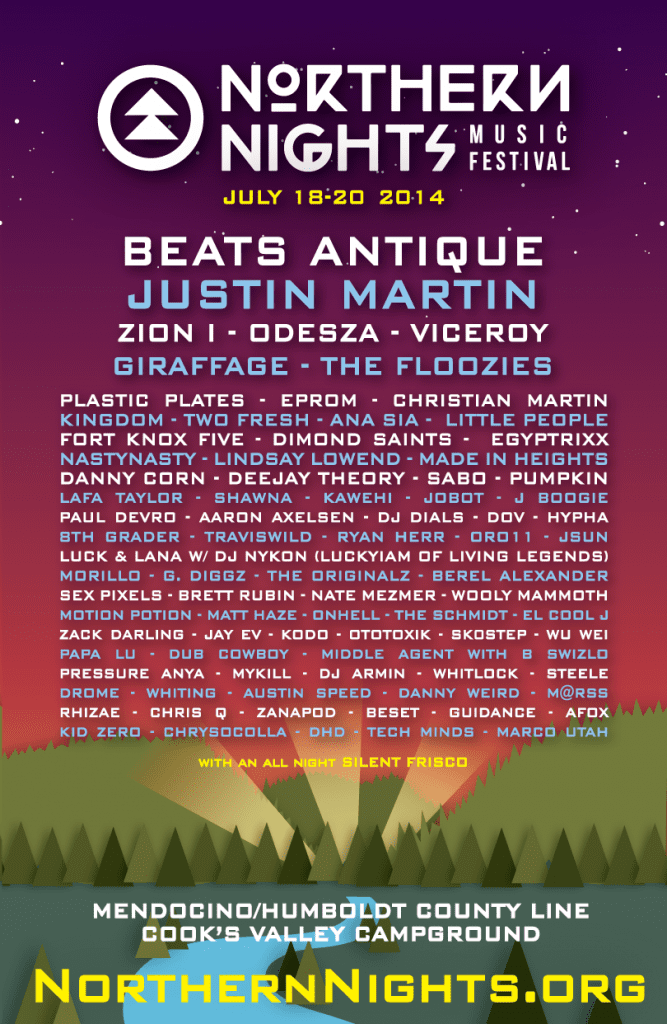 Leave Your Cash At Home: You Won’t Need It At Mysteryland

Leave Your Cash At Home: You Won't Need It At Mysteryland