Skrillex Adding A Touch Of EDM To Newest Transformers Movie

by Matthew Meadow
in EDM News, Featured, For the lulz, Worth Sharing

I know we’ve been talking about deadmau5 ad nauseam lately, so here’s a little breather. Skrillex, who has been in Toronto on his Mothership Tour along with buddies Dillon Francis and Deadmau5 (we’re not claiming that deadmau5 is touring with Skrillex, simply that they were all together in Toronto), is known for burning the candle at both ends. In the midst of his hectic tour schedule and constant on-the-road production, he had time to sit down with Billboard and talk a little about what he’s been up to.

In the interview, Sonny mentions that he is in fact doing sound design work for the next in the series of Transformers films, adding that there will be “the craziest Skrillex sounds I could ever make.” This most likely deals with the actual transformation sounds the sentient robots go through when going from vehicle/animal (there’s a T-Rex in the new one… RExcsion?) to humanoid form. (Geeky, eh?)

This will not be the first time Skrillex has worked on a film. In fact, in 2012, he was actually featured, albeit animated, as a sort of extra in the Disney film Wreck-It Ralph. I doubt he’ll make such a cameo in this film, though it would certainly be hilarious to see him running through the streets of whatever god-forsaken town the Decepticons happen upon. 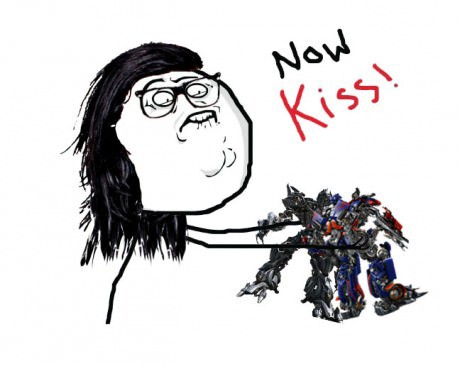 Toolroom’s Ibiza 2014 Album Is The Best Yet