Imagine you are moving to a foreign country in grade school.  Culture shock doesn’t even begin to describe your feelings.  You are challenged to learn a new language, even a new alphabet.  Now, imagine you are doing this while tackling issues of anxiety.  You fear that you will embarrass yourself in front of these new faces and you would rather be hiding in your comfort zone than attempting to interact with others and make friends.  This is how it felt to be Moshe Isaacian, Director of Operations at Digi10ve, when he had moved to the United States in third grade from Israel.  On the surface, Moshe is very outgoing and is in my opinion, a social butterfly in the music industry.  However, if you dig deep you will find that Moshe sometimes has issues approaching people first and saying hello because he fears disappointment.  This is a feeling that a lot of us might be familiar with, especially those of us who are used to living in a very judgmental society.

If you think about it, we have all feared someone else’s judgment at some point in our lives.  We have all been hard on ourselves and have been perfectionists at times.  That being said, we may not experience this disorder everyday, but we are able to understand how difficult this challenge has been for Moshe.  The good news however, is that Moshe is beginning to overcome this struggle.  He is no longer letting it define him.

He began to grow accustomed to the American culture when he was a junior in high school.  Roughly a year later, he went to his first dance music event – EDC Las Vegas 2011.  From that moment on, his life was changed forever.  Not only did he interact with people at this massive festival and make new friends, but he also realized that he wanted to pursue a career in the music industry.  In this industry, it is imperative to be social and to really take the time to meet new people and network.  So, could you imagine how difficult it must have been for Moshe at first?

At first it was very difficult for him, but the more he challenged himself and put himself out there, the easier this networking thing became.  In just a few years, he has developed strong connections in the music industry.  In fact, not only is he the director of operations at Digi10ve, but he also contributes here at Your EDM and is a social media/Twitter guru for several other sites including YourEDM, This Song Slaps, EDM Sauce, and Global Dance Electronic.  He recently conducted an interview with the legendary Pasquale Rotella…I’m pretty sure those of us who do or do not have anxiety would be shaking while on the phone with Pasquale.  Without his connections and without choosing to challenge himself, this interview (along with many others) would not be possible.

Since Moshe lives in Los Angeles, everything and everyone in the music industry are very accessible.  This has really helped him with his networking, but has also challenged him because he must find ways to separate himself from others in order to gain people’s attention.  In addition, most events in LA are 21+ and Moshe was not of age until recently. Rather than meeting a lot of people at shows, he has had to step out of his comfort zone and meet people for coffee or lunch instead.

With his knowledge and skillsets, Moshe has been able to help create transparency for each site he works with.  He believes that each site needs to be personally connected with its fan base and he wants to create dialogue/interaction between the sites and their audience because they all share one thing: a love for music.

This music, along with the people he has met in this industry, have helped to alleviate his fears.  Therefore, he can only hope to give back and to make the same impact for others.  His goal is to give others an opportunity to be recognized and to have their voices be heard.  This will help others see their full potential.  Since this is one of the main goals behind Aspire to Inspire, we see that Moshe is a great fit for the series.  He has been inspired by those who have appreciated him and who have taken the time to get to know him.  This world is missing people who do really care about each other and who want to be selfless and help others achieve success/happiness.

According to Moshe, empathy is the root of all good things.  We value his ability to show empathy towards others and to understand that he too is only human and is trying to overcome his imperfections.  The following three points of advice are an evident reflection that Moshe is indeed overcoming his most prominent struggle: social anxiety.

2) Build yourself on social networks – transparency is key and so is knowing your audience…so know what to post and when.

3) Buy your employer/client/contact lunch – it shows how much you are willing to go out of your way to learn about a person outside of your work. 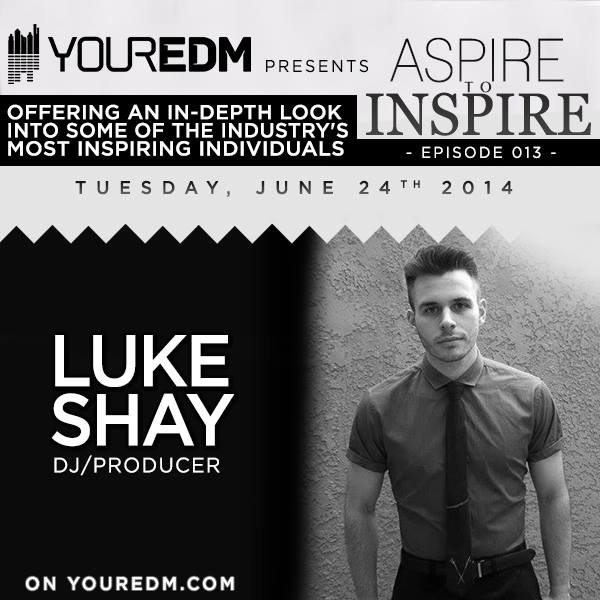 COSENZA Needs You To “Wiggle” Your Butt [Free TwerkBounce Download]

COSENZA Needs You To "Wiggle" Your Butt [Free TwerkBounce Download]