Update 2: Multiple reports are coming in from local news channels that a 20 year old volunteer from Caledonia regrettably passed away during Electric Forest. We have learned that the volunteer who passed away is not the same person who received the injuries to his neck. You can read more on the matter here: 20 Year Old Electric Forest Volunteer Passes Away

Update: We are happy to announce that Electric Forest has just declared that “there was a medical incident, but the man involved is okay & in safe hands”. It is unfortunate that the event occurred and that it affected attendees in such negative ways but we are thankful that the man involved is now okay.

Word is coming in that potentially one of the more gruesome tragedies I have ever had to write about happened at this year’s Electric Forest. We are currently awaiting confirmation from official sources but it has been reported to us from multiple different personal accounts that a man had his throat slit “ear to ear” with large amounts of blood gushing out of his wound. The event has also been documented on social media, on personal pages and Electric Forest groups. Attached below are some of the messages and descriptions.

We will be sure to update this article as more information is released on the matter. 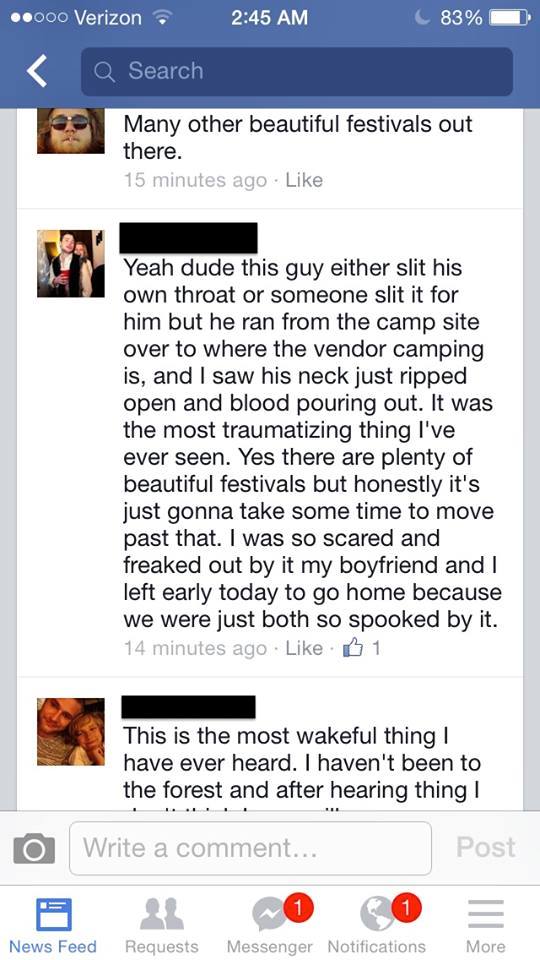 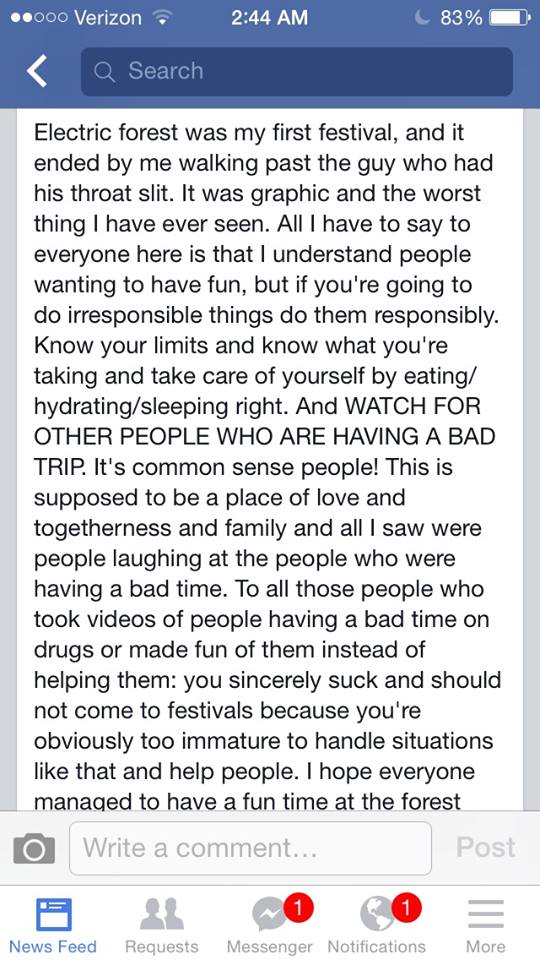 Your EDM Exclusive Interview with Gareth Emery: The Roadtrip Inspiration for Drive, Collaboration Process and Third Album in Progress

Your EDM Exclusive Interview with Gareth Emery: The Roadtrip Inspiration for Drive, Collaboration Process and Third Album in Progress