If you have a secret, do you hide it and wait until you get caught or do you muster up the courage and tell people?  I guess it could depend on the secret or the circumstance.  What if this secret can have a crucial impact on your life – negatively or positively?  What if revealing this secret sets you free and allows you to be yourself?  These are all questions you may ask yourself when you have something bottled up inside, and you just don’t know whether to let it out or not.  These were all things that ran through the mind of 37-year-old Kat Baker, when she decided it was time to reveal her sexuality to her parents.

From a very young age Kat Baker, senior publicist at Get In! PR knew she had feelings for females, rather than males.  While her friends were aware of this, she had a hard time unfolding this secret to her parents.  Why?  Because she was afraid, afraid she would shatter their world.  She grew up in a house where her father was a priest and her mother’s heroine was Mary Whitehouse – a social activist in England who was known for her opposition to social liberalism.  Even though her parents never disrespected any member of the LGBT community, they did not exactly agree with the lifestyle either.

According to Baker, she does not have any hard feelings towards her parents for this (neither should any of us) as they are entitled to their own opinion, but it did mean that she spent a lot of years keeping something locked up inside and struggling with the thought that her feelings were inherently “wrong”.  As we all know, our feelings can get the best of us and result in breakdowns.  Baker had a breakdown after attending a gay club in Birmingham, England.  While at the club, she was masquerading as “bi-sexual” because it was easier to admit than being full on gay.  A multitude of challenging events occurred, which set her off and she found herself bawling on the floor of her friend’s house to end the night.  Fortunately, with the help of encouraging friends, she was able to reveal the truth to her parents.  After telling them, she ran away for a few days because she was too afraid of their rejection, but upon return her father looked at her and simply said, “Why would you think that I’d love you any less?”

If you are keeping a secret from someone right now – doesn’t matter what it is, ask yourself the same question.  And ask yourself this question as well… “why does it matter what someone else thinks about you?”  Even though she feared rejection, it was important for Kat to be honest with others because it ultimately resulted in Kat being honest with herself.   If she hadn’t been honest and continued lying, maybe she wouldn’t be able to embrace who she is today.

Kat is going to be a game-changer.  As a senior publicist at one of the biggest PR firms in the dance music industry, she has been able to bring her own brand of creativity to the table.  She has always been one to think outside the box, which has enabled her to share success stories with some of the biggest players in this industry.  With a clientele list ranging from legends such as Axwell, Gareth Emery, and Bassnectar to big up-and-coming acts including Maor Levi, Lenno, and Keys n’ Krates, Kat and the Get In! team’s work has been pretty revolutionary to say the least.  They were the first company to offer 360 PR (print, online, TV, radio, creative) as a single service, and to offer it globally as well.  They went from having two employees in one London apartment to expanding worldwide with multiple international offices: the UK (London), Australasia, and the USA (NYC) in just a few short years.  With several international offices, Get In! is able to provide around the clock service for each of their clients.

Thanks to the dance music industry, Kat has been able to express herself with little judgment.  Even though the “PLUR” (Peace, Love, Unity, Respect) mantra is outdated to some and reverts back to the original rave culture, this acronym still means something to Kat.  She believes this community has the power to make a difference on society because no matter who we are or where we come from, we all come together to experience this beautiful music and to live in the moment.

Kat’s ability to see her own potential has carried over onto her clients as well.  She loves finding new talent who take great strides to accomplish their dreams.  Since Kat’s friends have constantly inspired her to challenge herself, she is intrigued when she finds a potential client who wants to do the same.  She wants to continue finding truly amazing, unique, genuine, and groundbreaking artists who go onto inspire others through their music.

Like a lot of us, Kat was once in this industry because she wanted to prove to people that she could be someone.  However, with age comes wisdom and she has recently realized that she just wants to be happy.  She wants to be herself and wants to do something she loves.  Her goal is to inspire others to do just the same: to be who you are and not who you want to be.  Once you have mastered that, you can then begin to love others just as much as you love yourself.

While this exact story may not apply to everyone reading this, we have all feared rejection of some form.  We have all held a secret and have put our reputation at risk to express the importance of being honest with not only others, but ourselves as well.  It’s not an easy task.  Today, Kat looks back and wonders why she was so stressed about coming out to her parents and reminds us that our own brick walls are just an illusion and can always be broken down.

If you are holding something in, then we encourage you to let it out.  See what it does for you.  You will never reach your full potential unless you challenge yourself. 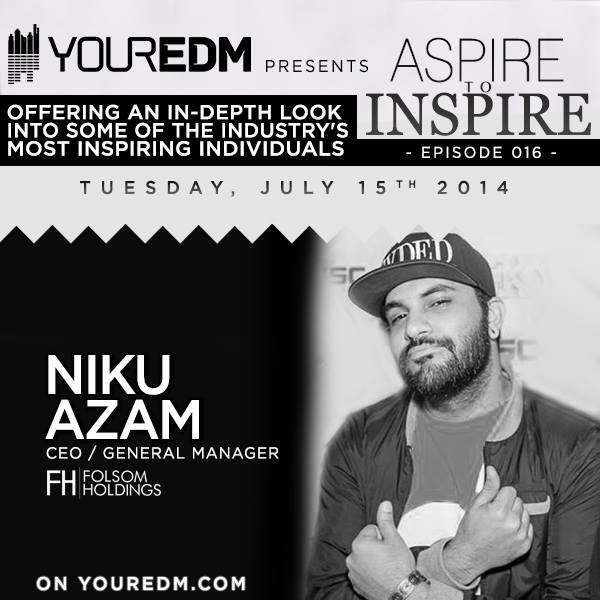