Deorro Blasts Tomorrowland On Greedy Ethics, Gets Trolled By Deadmau5

Your local EDM Robin Hood is back with his dose of daily truth. As the first weekend of Tomorrowland kicks off, Deorro took to twitter to show his true feelings on what the event was doing. “food tokens” seemed to be the straw that broke the camels back as Deorro reports watching the festival give 9 tokens to an artist, but refused to give him one for his manager. Being a headliner at one of the biggest festivals in the world seems to only earn you 1 food token, according to the logic of Tomorrowland.

Hopefully just a misunderstanding, Deorro did not wait to express his true thoughts:

UPDATE 2: Deorro just announced on twitter that he is in fact not canceling his set.

Went to apologize to those I was rude too here and I admit my mistake. Now it's time to do this show. #LetsGo pic.twitter.com/NUmeY9ufeH 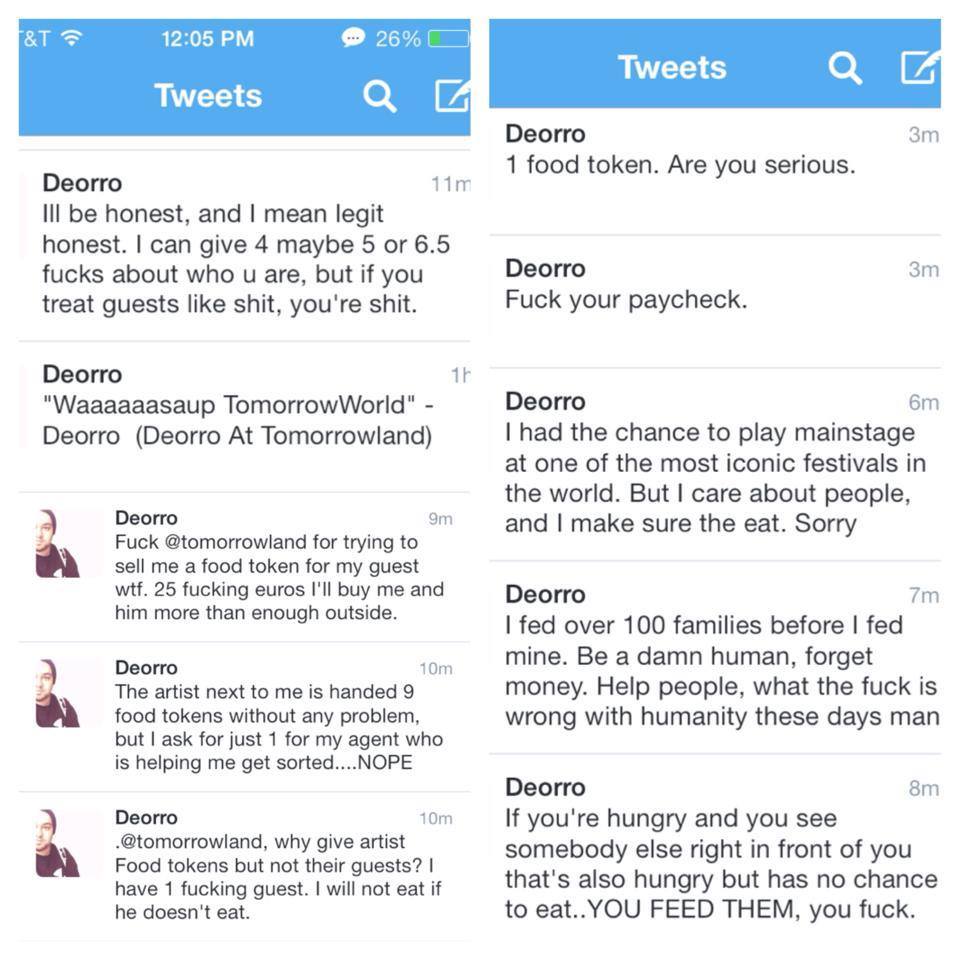 Naturally, Deadmau5 could not resist himself to point out the obvious:

.@Deorro dude. How much are you getting paid to “professionally” operate a CD player to complain over 25 euros? 4 euros?

That’s why I don’t play tomorrow land. Coz food tickets.